The film chronicles the political machinations that led to the unprecedented, contested outcome of the 2000 presidential election 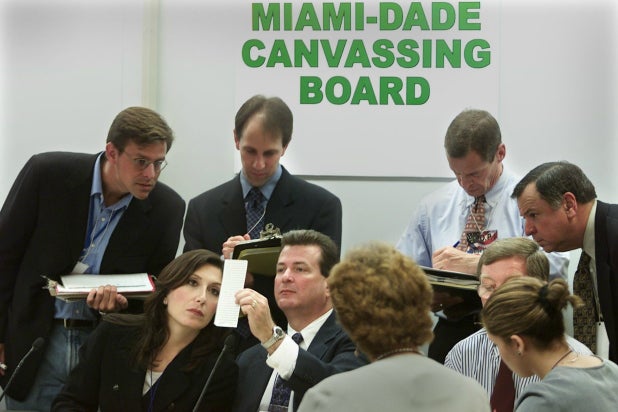 HBO Documentary Films on Friday said it will debut “537 Votes,” a new feature documentary chronicling the political machinations that lead to the unprecedented, contested outcome of the 2000 presidential election, on October 21.

The 2000 presidential election led to a chaotic voter recount in Florida that ended with George W. Bush winning by a razor-thin margin.

The documentary, from director Billy Corben and his producing partner Alfred Spellman with Adam McKay and Todd Schulman at Hyperobject Industries executive producing, will be debut on HBO and HBO Max.

“Usually, important movies that people need to see can feel like medicine, but Billy and Alfred are simply incapable of being anything but entertaining and funny,” McKay said in a statement. “When we heard they were making a film with a uniquely Miami perspective on the 2000 recount, we really wanted to support it in any way possible.”

“537 Votes” details how the international custody battle over 6-year old Elian Gonzalez triggered a political earthquake in Miami-Dade County in 2000, swaying the outcome of the presidential election. After election day, with the margin of victory hinged on Florida, Bush won the presidency by a mere 537 votes.

The feature documentary leans on humor, verve and new insights to expose the key players who contributed to the chaos in the contested Florida county. “537 Votes” includes interviews from insiders and political operatives at the time such as Roger Stone, Joe Geller, Chairman of the Miami-Dade County Democratic Party, and Al Cárdenas, Chairman of the Florida Republican Party.

“The Miami of today is the America of tomorrow,” Corben said in a statement. “That’s why this is such a timely and relevant story and there are no better partners to tell it with than Adam McKay and HBO.”