How much a YouTube star with 1.8 million subscribers earns per month from her lifestyle videos

This is the latest installment of Insider’s YouTube money logs, where creators break down how much they earn.

When Tiffany Ma graduated from UCLA in 2015, she decided to defer a full-time job offer and instead invest her time into YouTube.

“When I graduated, my sister moved to LA with me, we got a loft in downtown LA, and I decided I was going to grind and hustle to make this work because if it didn’t, then I had to become a certified public accountant, which I didn’t want to do,” Ma told Insider. “It was scary for sure.”

Ultimately, her plan worked out. Now, Ma is a full-time social-media influencer with 1.8 million subscribers on YouTube.

Ma earns money each month from her YouTube channel through the Google-placed ads that play in her videos, affiliate marketing, brand sponsorships (her top income source), and from her Shopify store where she sells used clothing.

The first way she made money as a creator was directly from YouTube, she said. To start earning, creators must have at least 1,000 subscribers and 4,000 watch hours in the past year. Once they reach that threshold, they can apply for YouTube’s Partner Program. Overall, the program allows creators to start monetizing their channels through ads, subscriptions, and channel memberships.

But how much money do these videos earn her per month?

Ma broke down how much her channel had earned from Google-placed ads in 2021 through the Partner Program. Insider verified her earnings with documentation she provided:

“To really optimize your audience, I think YouTubers should definitely put three to four ads within a video,” Ma said. 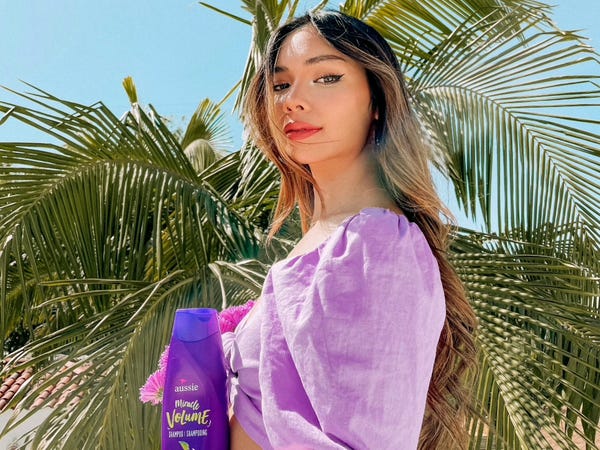 ‘My manager and agent were the ones who told me what I was worth, and I would have never known that if it wasn’t for them’

Ma was a sophomore in high school when she first discovered YouTube. She watched makeup tutorials, which inspired her to launch her own channel, she said.

At UCLA, Ma studied economics, and when she wasn’t in class, she was making lifestyle content for YouTube.

“My first video on the internet was about makeup, and it got like a thousand views,” Ma said. “But I wasn’t serious about YouTube until 2015 when I graduated UCLA.”

Once Ma graduated from college, she decided to film a YouTube video every week. She also became friends with other popular lifestyle creators.

“I’m considered a lifestyle influencer and in 2015, 2016, there was a big group of us living in LA together,” Ma said. “I learned a lot from them, like what videos were trendy at the time, how to film my videos. Seeing how hard they worked also pushed me to work even harder.”

Ma also has a large following on Instagram (529,000 followers), and so does her french bulldog, Zoe, who has her own Instagram page with 48,000 subscribers.

While YouTube’s Partner Program was her first big source of influencer income, she said typically earns more each month through brand sponsorships.

Ma said when she first started her channel, she pretended to be her own talent manager. Now, she has a real manager who negotiates brand deals for her, and she is also signed with the Hollywood talent agency WME.

“When brands would reach out to me I would become a fake person,” Ma said. “That helped so much because I didn’t know how to ask for more money as Tiffany Ma. So, at the beginning, I had to have someone different, even though it was really me.”

Now, a lot of her time is spent reading over contracts and sending and responding to emails, she said.

“I think a lot of influencers who are at around the 200,000 subscriber mark should definitely look into getting management,” Ma said. “I didn’t know what a fair rate was, and I was happy with any offer. My manager and agent were the ones who told me what I was worth, and I would have never known that if it wasn’t for them.”