J.J. Abrams: Even Giant Event Movies Aren’t a Given at the Box Office

If you’re doing a project about the future of movies, you’ve got to talk to J.J. Abrams, whose television shows and blockbuster movies — including two “Star Wars” and two “Star Trek” films — have always had a futuristic bent. What does he think the movie industry will look like in 10 years? “What will be fascinating is to see how suddenly thousands of hours of media and hundreds of new shows will need to be created just to feed the beast of streaming services,” he said. Here are edited excerpts from our conversation.

Can you sense the inflection point the industry is in right now?

For a long time, people have been saying the business is changing, but that’s undeniable now. It’s on, it is changing. The way people consume content, the different methods of distribution, the idea that many people will be watching [a large-format movie] on a screen that is around the size of a frame of the film you’re shooting — it’s crazy!

Some people think we’re heading for a future where the only films that get theatrical distribution are huge-budget tentpole films and low-cost genre films. Would you agree?

When you have a movie that’s as entertaining, well-made and well-received as “Booksmart” not doing the business it should have, it really makes you realize that the typical Darwinian fight to survive is completely lopsided now. I think everyone’s trying to figure out how we protect the smaller films that aren’t four-quadrant mega-releases. Can they exist in the cinemas?

Though I’ve obviously been involved in so many big franchises that pre-existed me, I feel like it’s really important for movies to thrive in the way we all want them to, we have to find ways to get people into theaters for movies other than the giant event movies. Not that those are a given either, by the way! That’s something that’s been on my mind lately.

Over the next 10 years, do you expect a lot of change to the theatrical window, the length of time a movie stays in theaters before its home release?

The window will naturally shrink. Part of that is that when consumers want something, they find a way to get it. You can’t put the genie back in the bottle. It seems like leaving money on the table if there are people who might pay a premium to see a movie but they can’t get out of the house or get a babysitter, and it seems crazy to not give audiences the movies they want to see when they can.

I know we’ve become increasingly accustomed to being connected to people that you’re nowhere near, but people have an intrinsic need to have actual experiences and come together. As someone who’s optimistic about moviegoing, I don’t think that goes away.

With Apple, Disney and a host of other big companies about to enter the streaming business, how will the movie business change to accommodate them?

It’s hard to know exactly how it’s all going to work, and I think these companies are all trying to figure it out themselves. The optimist in me says hopefully there will be a chance for storytellers and filmmakers of all backgrounds to have shots at telling their stories who might not have otherwise. The pessimist in me says there’s going to be so much real estate that there’s going to be a lot of landfill — stuff that might not be worth everyone’s time. But I think the optimist wins this one.

Because audiences are so demanding and smart, they’re not going to put up with junk. The demand for innovative, new young storytellers is going to be high, and as uncertain as everything is, there’s probably never been a better time to be a creative person in this business, just because of the near-term demand for programming. It’s going to require great stories for these platforms to survive, so that people become not just subscribers but loyal subscribers.

Are we starting to see a permanent shift when it comes to diversity onscreen?

Increasing the pool to include more people of color and of diverse backgrounds and sexual orientations is only good for business. When we were casting “Force Awakens,” it was really important to us that the movie looked more like the way the world looks than not. It’s not that there should be any quota — you should be only casting the best people for the roles — and yet, I think the audience does value the effort to go beyond the usual suspects.

Audiences are so sophisticated now in terms of process and story, you can’t fool people the way you used to be able to. People can get a sense of what was the corporate decision and what was the creative decision. I think we all have to work harder because audiences demand more, and rightfully so.

What helped prompt your awakening on this?

This is something that my wife, Katie, and I have been thinking about for a long time. Years ago, we were looking around the room at the Emmys, and it was essentially all white people in the room. It felt strange for this medium that’s meant to be accessible to everyone and tell stories that represent and entertain everyone in the country, to see that the vast majority of the people there were white. I mean, it was a little bit shocking to even consider it.

We started asking ourselves why, and we realized the system we inherited was one where you get your list of directors, writers, or actors and they’re all kind of the same list. We said to the agencies that we want the lists to look like the country. Does it take more effort? It does, but it felt foolish to do anything else.

What are some specific instances where that approach has had an effect on your movies?

We were doing this little horror movie called “Overlord,” we found this actor we really liked for the lead role who happened to be black, Jovan Adepo. He’s very talented, but we were told by various people that there were no black men in the military division we were telling our story about — yet this is a movie about zombies in World War II. There were no zombies in World War II either! So we cast him, and he was fantastic.

For me, opening up the pool of people is the absolute least we can be doing to make our stories more interesting. If the group of people that you’re working with only look like you, you’re failing before you start. I think audiences deserve points of view that aren’t so myopic. 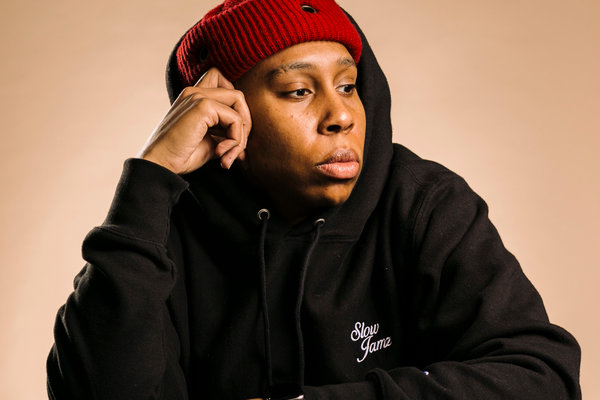