Last year Jurassic World: Fallen Kingdom released, the sequel to Colin Trevorrow’s Jurassic World. After the fall of the park in the first movie, dinosaurs ended up at auction on mainland USA. This is before they’re released in what Dr Ian Malcolm called the beginning of a Neo-Jurassic Age, in which humans and dinosaurs must coexist. Trevorrow returns to direct 2021’s Jurassic World 3, but in the meantime, he’s released a prelude short film online called Battle at Big Rock.

The synopsis reads: “The short takes place one year after the events of the last Jurassic World film in Big Rock National Park, where dinosaurs are now living in our world.

“The story follows a family of four whose encounter with these wild animals becomes a terrifying fight for survival.”

In the rather frightening short, a family is on holiday in the park before a hungry triceratops and its baby turn up looking for food by the campfire.

Lucky for them, their knowledgeable daughter reveals they’re harmless herbivores.

But that’s before the carnivorous Allosaurus turns up and tries to eat the baby.

Daddy triceratops manages to batter it away before the meat-eater turns on the family. 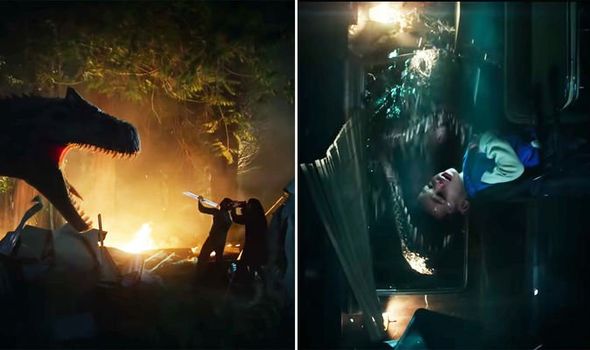 However, the Allosaurus is foiled by the daughter who shoots it with a crossbow.

An impressive and borderline horror of a short, Battle of Big Rock will no doubt heighten appetites for Jurassic World 3, which is still two years away.

One that sounds like a mash-up of The Flintstones and The Walking Dead.

In an interview with MTV News, Pratt said: “I can’t say anything, but I can tell you when I heard the pitch, I was blown away. 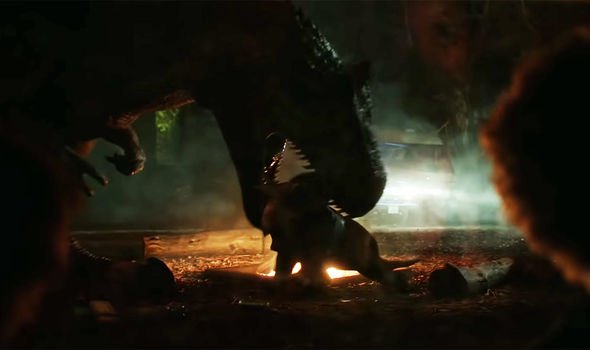 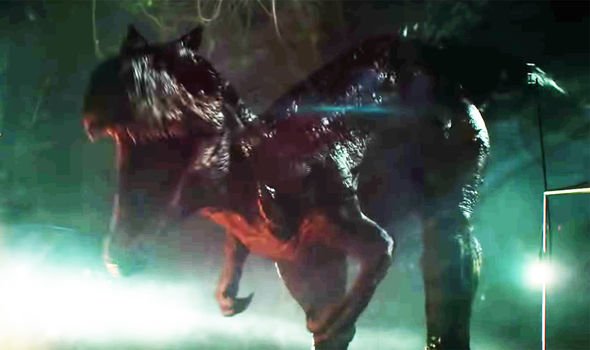 The Guardians of the Galaxy star added: “I can’t believe that we’re going to make that movie, and I can’t believe they found a way to deliver on the promise of the end of Jurassic World: Fallen Kingdom.

“Like, ‘Wait, what? The island has blown up. The animals are out, we can’t put them back in the box. What are we going to do?’

“‘How are not only these dinosaurs but this technology moving forward going to affect the planet?’”

“It’s going to be pretty epic… You will not be disappointed.”