Kiera Allen makes her feature debut this week, playing opposite Sarah Paulson in the Hulu suspense film “Run.” It is a rare instance of a wheelchair user starring in a thriller.

In a recent Zoom interview, Allen, 22, discussed playing Chloe, a home-schooled teenager with an overprotective single mother, and how the movie upends typical narratives about disabled people. Here are edited excerpts from the conversation.

We don’t often see an actor who uses a wheelchair in real life in this type of role — in a major thriller.

It feels like it’s going to be the first time a lot of people in my generation ever see a real wheelchair user onscreen playing a wheelchair user. That’s a huge honor.

There is so little media representation of people with disabilities that I feel like I’m representing an entire community because of this lack of visibility. I’m really hoping that this movie brings down some barriers and that more disabled people are cast in major movies.

What did you think of the movie’s portrayal of disability?

This film is unusual in the way it portrays disability, not only in the authenticity of casting, but in the story: This is not a girl who’s made to be a victim or who’s only there to inform another character’s journey. She defines her own journey. Her disability is a part of that, but it doesn’t define who she is. It’s similar to the way I view myself. 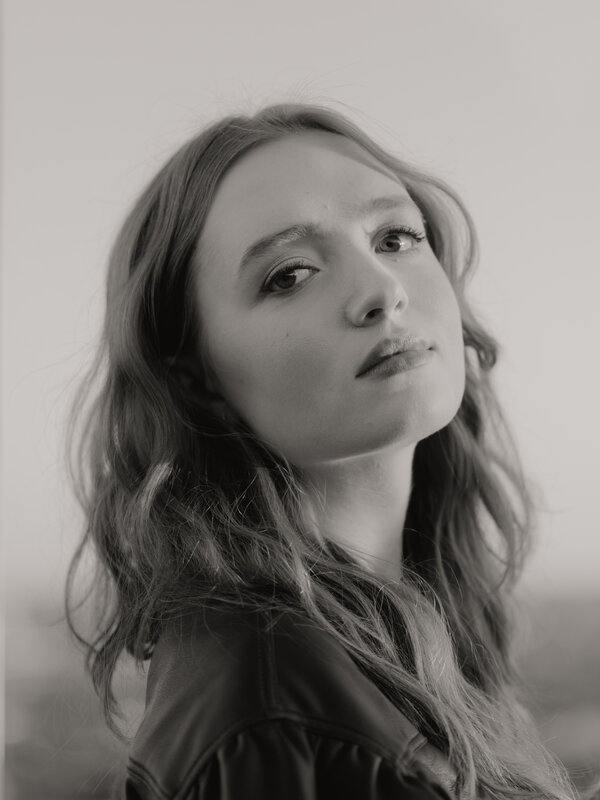 What was it like to be on set? Was it different from past experiences?

Everyone listened. They wanted to know how best to accommodate me and how to make everything comfortable and accessible. There were things that they thought of that I hadn’t even thought of. So we had great communication throughout. They approached me about sending a memo to the crew, just being like, Here are a few things about working with a person with a disability to make everything go smoothly: For instance, don’t push my chair; don’t come behind me and push my chair without asking first. Just putting out one small page of information made a huge difference.

How did your real-life experience or the nuances of your life get translated into or help shape the role?

The script was already written so beautifully in this way — as soon as I read it, I emailed the director [Aneesh Chaganty] and was like: This is one of the best representations of a disabled character I’ve ever seen. And regardless of if I’m right for the role or not, I cannot wait for people to see this.

And so even though it was already so compelling to me, when we got onto set, they made space for me to say things like, “This is how it would be most comfortable for me to do this” or “I would use this word and not this word,” like very small things, because the script was already so good, but things that did make a difference to me.

Have you discussed the film with anyone who is disabled?

I’ve had some really great conversations about accessibility, about Chloe, and how she flips the narrative of abuse of disabled people. She’s not a victim. She’s a hero. And the mother, the abuser, is not portrayed as someone who’s doing her best in trying to care for a disabled child and it’s just too much for her and she has no other choice. The film doesn’t sympathize with her in that way. That’s something that I’ve talked about with some disabled folks who’ve seen the film and find that perspective refreshing.

There is one scene where a broken escalator foils an escape. Did you have any input in that?

It’s a terrifying thing, inaccessibility, being trapped somewhere, being unable to get out, having to rely on people who may or may not have your best interests at heart, people who you may not even know, when a space is inaccessible. That stuff is really scary. And I’ve never, ever seen any art in any form that represents that terror. And it is terrifying.

People often see it is as unfortunate or sad or something to be pitied. But it’s not that; it’s much more visceral. It’s a threat and it’s a terror.

Hi, I’m Aneesh Chaganty, and I’m the co-writer and director of Run. O.K. So the scene that’s playing out right now takes place in the second act of the movie. Without giving much away, the basic setup is this. So our daughter, played by newcomer Kiera Allen, has been locked in her room by her misaligned mother, played by veteran Sarah Paulson, and is convinced that she needs to escape. From a form standpoint, I think what you’re about to watch is actually one of the few sequences that breaks the pattern of the film’s aesthetic. Much of the film’s style is sort of borrowed from the films of Hitchcock and Shyamalan, and those films don’t just choose shots because one thing can happen in them. They designed frames where, like, four or five things can happen in them. So to borrow a page out of their book, I storyboarded every single frame of this movie by hand before we started shooting. You can actually compare the boards to the final film. It’s all pretty identical. So right now, we’re watching Chloe, who’s this super resourceful and smart and inventive girl, sort of MacGyver a solution out of her room. Chloe uses a wheelchair, so a solution that an able-bodied person might have come up with won’t work for her. She has to overcome that with just sort of pure intelligence, and she does. Every single shot inside this room here is repeated from an earlier shot in the movie. I wanted to be super spare with the visuals of this movie and always design frames that could be repeated so that when things start to explode narratively, like right now, it would feel like real catharsis. [MUSIC PLAYING] So all of this was shot on a stage in Winnipeg. We basically created the entire second story of his house on a stage, and the first story and the outside— what you’re looking at now— is all on-location. So now we’re kind of jumping into the single most complex shooting process of the entire film, where this whole sequence is about to stitch so many different skill sets and elements and shooting days into one. So she just kind of comes out onto her roof. We’re landing on a shot of Kiera in a stage on a set where the roof is actually flat and the walls are tilted to the side. It looks sort of like a really cool— it’s hard to describe, but just movie magic makes that work. So the camera’s just tilted. She’s actually perfectly flat on the ground. We’re just tilting her hair a little bit and occasionally blowing wind to the side. And that’s her face pushing forward a little bit, and sort of a blue screen behind her. The next shot you’re going to see is going to be from the side, and that is a stunt double. But it looks like Kiera because we face-replaced Kiera’s face onto it. And this shot sort of was actually the first shot that we did on day one of shooting. And we had to shoot it on day one, because we shot in Winnipeg, Canada, which is, like, the coldest place ever, and we had to shoot out our exteriors first before everything started snowing. We started shooting October 31st of 2018. By the way, the house was chosen because it just felt like when we saw it that it looked like it was, like— you could put it on a movie poster and draw it out and put Sarah Paulson’s face above it, and it just had the vibes of this old-school, Hitchcock house, so there’s just like secrets inside of it and stuff. This is a shot on set, again, on this little fake, made roof. This is another shot on set. Obviously, we did not put Kiera on an actual roof with danger. But this whole sequence, we shot over multiple, multiple days. And she still has a bunch of water in her mouth that she swallowed from earlier. She plugs in a soldering iron, heats up the soldering iron, and puts the soldering iron to this glass in the cold, where it immediately starts to kind of crack because the heat is expanding it, and then immediately will spit out some water onto the glass, where it shatters the rest of it. This is actually a technique. One of my best friend’s dads is a glass blower, and taught me this over the phone. So that’s the end of one of the biggest set pieces of the movie, which honestly tries to do what we were trying to do with this whole movie, which is take a normal house and turn every single element of that house into a massive Burj Khalifa-scale obstacle. 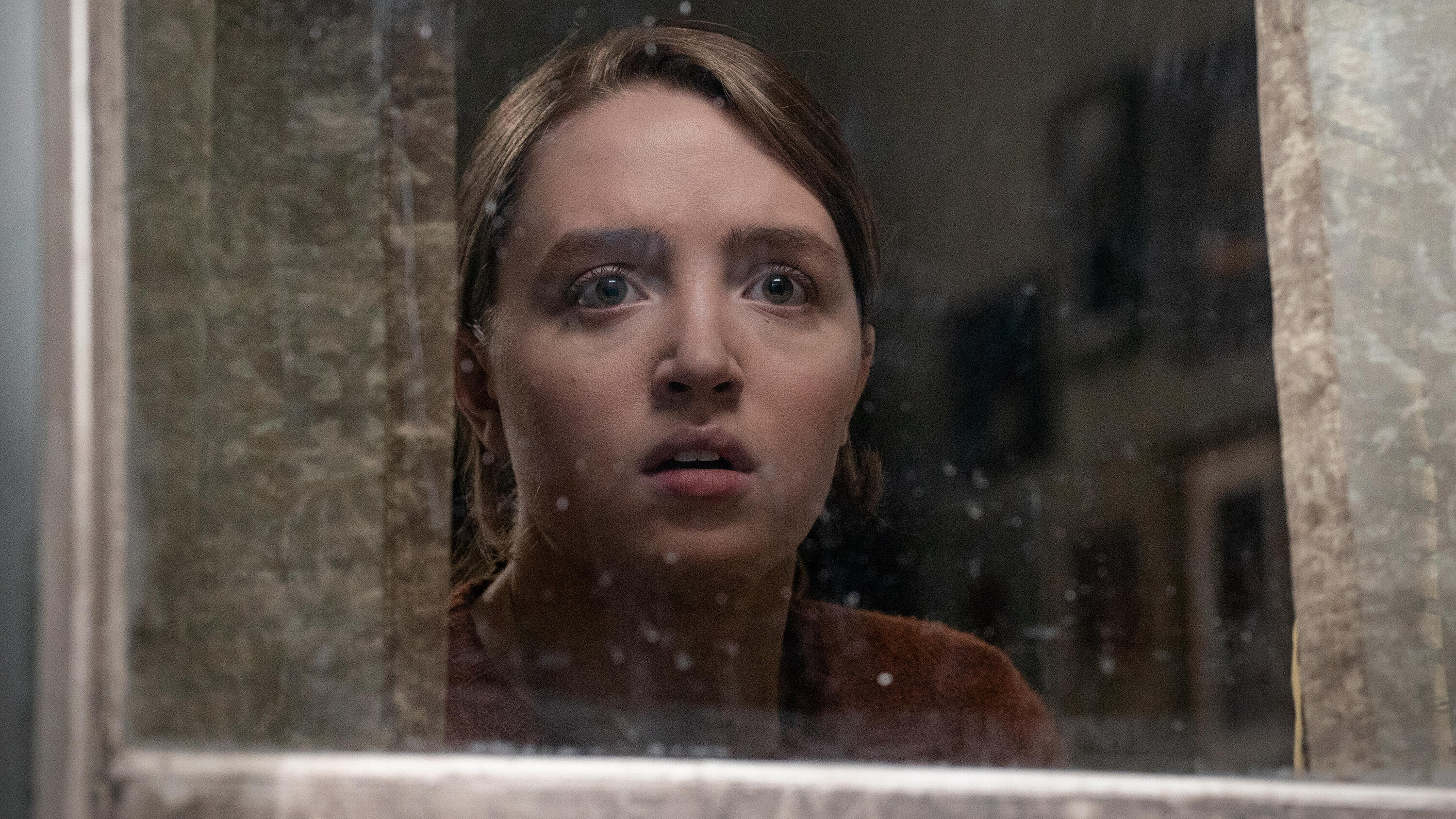 What has it been like to see disabled characters portrayed by nondisabled actors?

There have been films that represent disability using able-bodied actors that have been important to me, and I felt seen and I felt like this was a representation of disability that was really true to my life. But that was also all I had. I didn’t have a lot of pieces of entertainment — films, TV, plays — where I could see a genuinely disabled person in that role. I’m just so excited for young people to see that now.

What would you like to do next? Where do you see your career going?

I’m in college, so I’m just thinking about the present moment of getting through the semester and this film release. I absolutely want to continue acting. I love to write as well. I would love to make that a part of my acting career. It’s exciting to be a part of this big moment for representation, but I do hope it’s a lasting change.

There is a bit of a history of disabled actors being celebrated for one role and then not having opportunities on that same level again. That scares me. But as long as I’m doing work that’s good, with good people, and that’s rewarding, that’s something I’m really happy to do.