The first trailer for Netflix’s Ma Rainey’s Black Bottom has arrived, offering both a look at the late Chadwick Boseman’s final film and the performance that could earn the late actor his first Oscar nomination.

Viola Davis stars as the titular singer and “Mother of the Blues” in director George C. Wolfe’s adaptation of August Wilson’s acclaimed play. Boseman plays an ambitious trumpeter in Ma’s band who dreams of striking out on his own.

“I’m gonna get me a band and make me some records,” Boseman’s Levee says in the trailer. “I knows how to play real music, not this jug band shit.”

When Ma arrives to the recording studio one particularly hot summer day in 1920s Chicago, the simmering tensions soon boil over.

Ma Rainey marks producer Denzel Washington’s second adaptation of a Wilson work, following 2016’s Fences, for which Davis won the Academy Award for Best Supporting Actress. Boseman, who died in August after a private battle with colon cancer, is all but guaranteed to be a major player in the upcoming awards season. Watch the trailer below.

Ahead of the trailer release, Netflix unveiled character posters for the cast — which also comprises Colman Domingo, Taylour Paige, Dusan Brown, Glynn Turman and Michael Potts — including one for Boseman’s Levee. 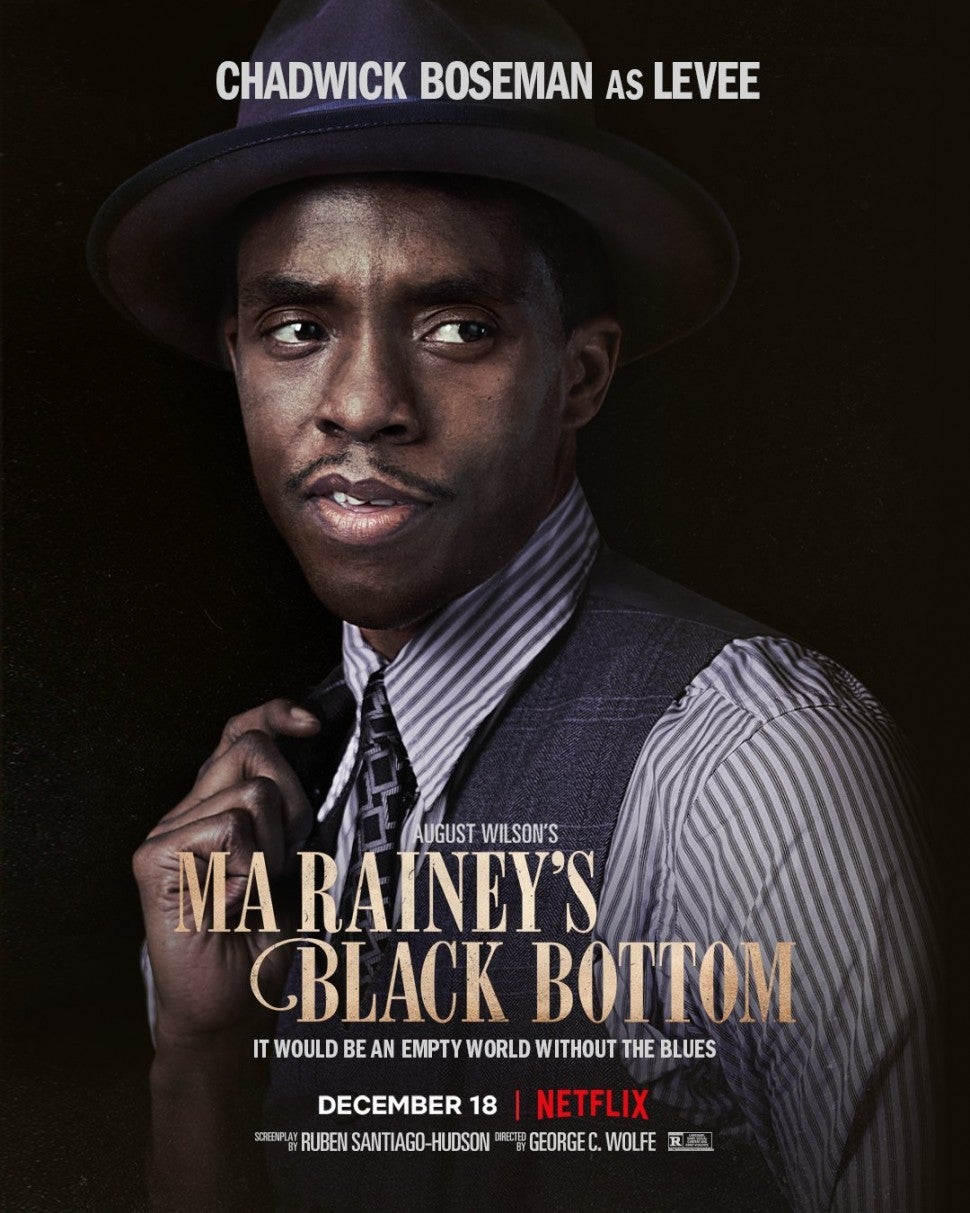 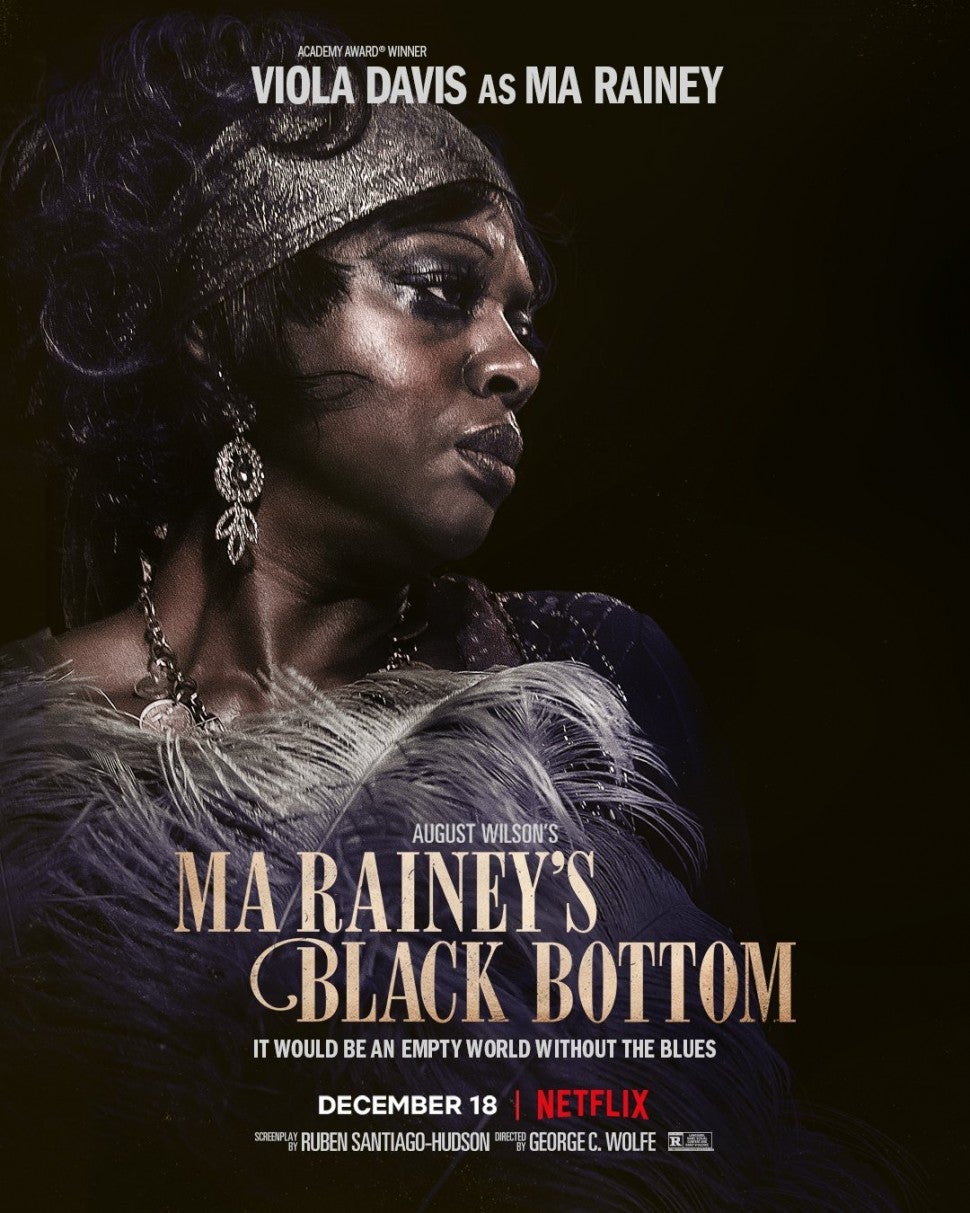 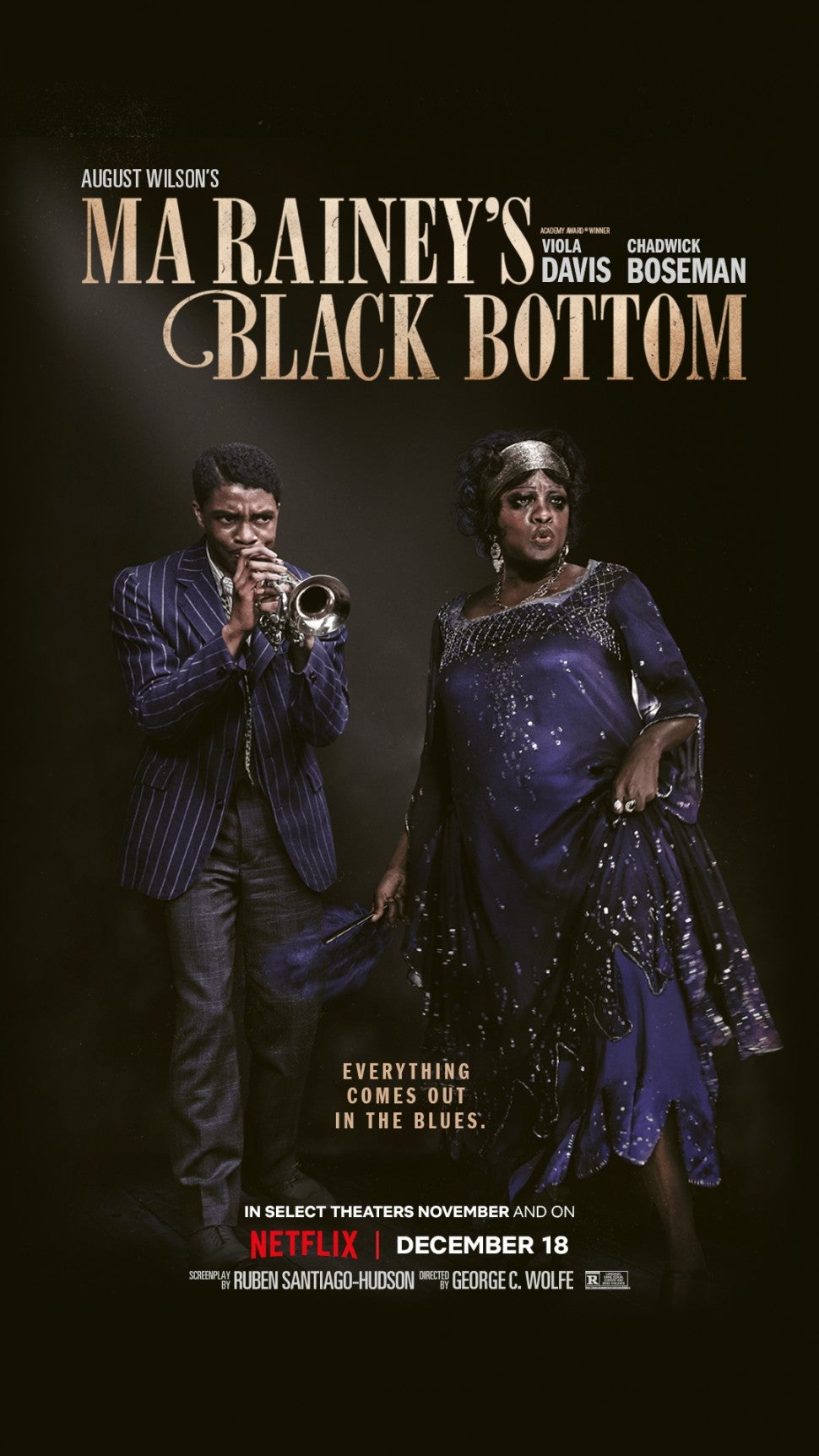 Ma Rainey’s Black Bottom is streaming on Netflix on Dec. 18.