“Dan is such a great guy, and I am happy and excited for the both of them,” Bezos says 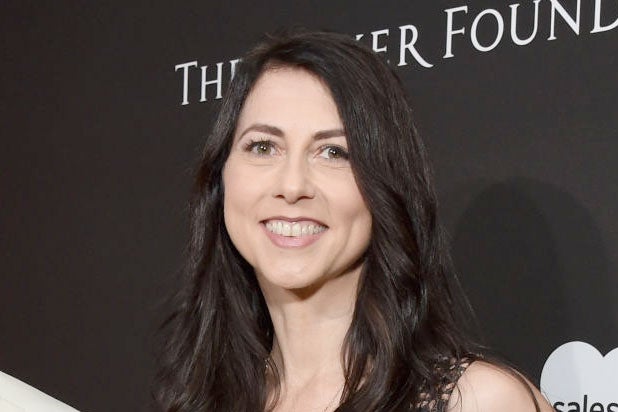 MacKenzie Scott, the ex-wife of Amazon.com founder Jeff Bezos and the third wealthiest woman in the world, has remarried. The lucky man is Dan Jewett, a science teacher at a Seattle private school, who has signed on to her commitment to donate most of her fortune.

“In a stroke of happy coincidence, I am married to one of the most generous and kind people I know–and joining her in a commitment to pass on an enormous financial wealth to serve others,” Jewett wrote in a Saturday post on Scott’s page on the Giving Pledge website.

“Recognizing how much I have to learn from those unlike me has led me to a partner similarly inclined. I have seen many ways that MacKenzie has seen her efforts enhanced when she acts on the belief that those with common values but different perspectives, strengths, and experiences are essential to effecting positive change,” Jewell continued. “We are united in that understanding and in our excitement for all we have to learn from so many people working in service of others.

“With that as a foundation, I join with the kindest and most thoughtful person I know in making this pledge, grateful for the exceptional privilege it will be to partner in giving away assets with the potential to do so much good when shared.”

Bezos gave his blessing to the happy couple. “Dan is such a great guy, and I am happy and excited for the both of them,” he said in a statement via an Amazon spokesman. Scott and Bezos were married for 25 years before divorcing in 2019. Together they have three sons and a daughter who was adopted from China.

Scott, who, according to Bloomberg Billionaires Index, is worth $53.5 billion since divorcing Bezos, gave away almost $6 billion last year to 384 nonprofit organizations, mostly women-led charities, food banks, Black colleges and other small charities that don’t receive the benefit or attention it may need or deserve.

Scott is a member of Giving Pledge, a campaign formed by Warren Buffet and Bill and Melissa Gates to encourage “the world’s wealthiest individuals and families to dedicate the majority of their wealth to giving back.

Scott said her 2020 donations were meant to build off of her pledge the previous year to give away most of her wealth.

“Though I’m far from completing my pledge, this year of giving began with exposure to leaders from historically marginalized groups fighting inequities, and ended with exposure to thousands of organizations working to alleviate suffering for those hardest hit by the pandemic,” Scott said.