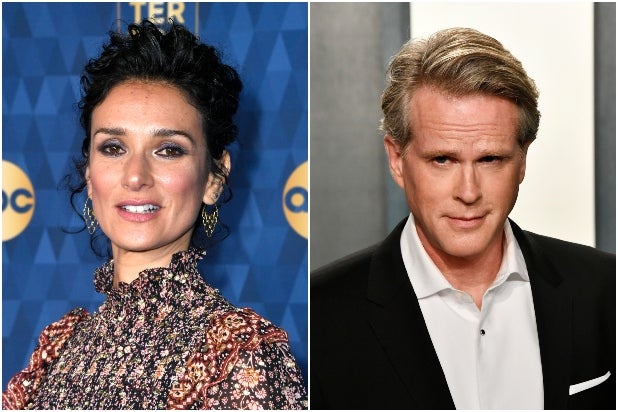 With “Mission: Impossible 7” on the way later this year, director Christopher McQuarrie announced some big additions to the cast, including “Princess Bride” star Cary Elwes and “Game of Thrones” alum Indira Varma.

In a series of cryptic Instagram posts, McQuarrie posted pictures of Varma, Elwes, Mark Gatiss, Charles Parnell and Rob Delaney. The photos were accompanied with the phrase “Welcome to The Community” and the hashtags #MI7 and #MI8.

Could this quintet of stars be a new shadowy organization that Ethan Hunt and his IMF compatriots will have to confront? And could they be a threat that will take more than one “Mission: Impossible” film to bring down?

Varma’s post-“Thrones” career is looking bright, as the actress is also set to star alongside Ewan McGregor in Disney+’s “Star Wars: Obi-Wan Kenobi.” Elwes, who recently appeared in “The Marvelous Mrs. Maisel,” is next set to star in the upcoming horror film “The Unholy,” which will be released on April 2. Gatiss can be seen in the Oscar contender “The Father,” which is now in limited release and will be available on-demand on March 26.

Delaney appears in the live-action/animated hybrid “Tom & Jerry,” which is in theaters and on HBO Max now. Purnell is set to appear this July in “Top Gun: Maverick,” which is being produced by McQuarrie and also stars “Mission: Impossible” leading man Tom Cruise.