Octavia Spencer: Studios Are Calling Me. That’s a Paradigm Shift.

With the film industry undergoing one of the biggest shifts in its history, I spoke to nearly two dozen top names in Hollywood about what the movies will look like in 10 years. Here, the Oscar-winning actress Octavia Spencer, currently in theaters with “Ma,” presented a path to profitability for big studios: Let underrepresented people see themselves on the big screen. Here are edited excerpts from our conversation. 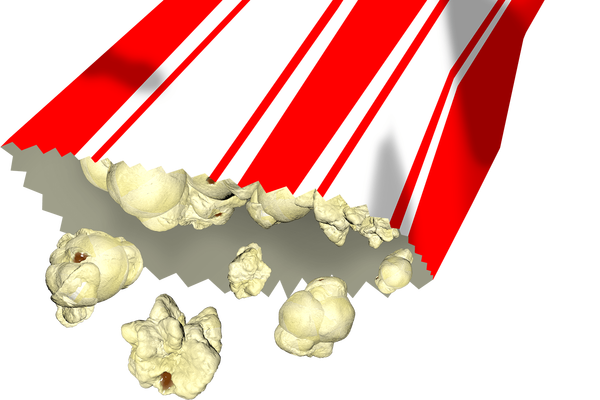 Have you noticed any recent changes in the industry that are only going to intensify over the next 10 years?

Absolutely. I think across the board, women of color are being offered substantive roles, and that is an underserved audience that will drive people to the box office. I also think that while there is a change in how young people view film and television, there will be loyalists who continue to show up at the box office. There are very few people who are still box-office draws, so the studios are going to have to play an outside game and look at the demographics that are underserved, then bring more stories that they want to see to the theaters.

Is that outside game becoming more inside? Do you think studios have passed a rubicon when it comes to finally recognizing those demographics?

Well, as a result of “Girls Trip” and “Hidden Figures,” Jessica Chastain and I sold a comedy to Universal, and I know a lot of other movies have been bought where the women are the leads. Now listen, I’m the first person to tell you that the men who brought me into the box office still keep me there. Will Smith, Tom Cruise, Brad Pitt, Keanu Reeves, Kevin Hart, the Rock — I show up, I’m there! But I’m also there for Brie Larson, Taraji [P. Henson], or Michelle Yeoh. I’m there for Awkwafina, I’m there for Jessica. So I can’t wait for that dynamic to change.

Is there an example of that attitude changing when you’ve been in recent meetings with studio executives?

Well, honey, the fact that they call me in! I don’t really go to meetings unless I know how serious they are — time is something ephemeral, so I don’t waste mine. If you’re calling me, you better have some money, and you better have some idea of what you expect from me. So the fact that people are calling me, a woman of a certain age and demographic, to sit down on studio films — which have not been my bread and butter — there’s definitely a paradigm shift.

As all these new streaming services debut over the next year or two, how do you think that will affect the movie industry as we know it?

Well, here’s what I don’t want, and I’m going to be real honest about it. I don’t want people to not show their movies in a movie theater first. I like the idea of movies showing there and then going to streaming and devices. I’m a loyalist to that degree.

I also enjoy streaming. Christmas Day, I watched Sandra Bullock in “Bird Box.” I watched Will Smith in “Bright,” too. I support both, but the power dynamic will change if people don’t continue to support films in the theater.

A lot of filmmakers still pine for that theatrical release, but at the same time, streaming offers the sort of reach that many films never get.

Studios aren’t making as many midbudget movies anymore, either.

There will definitely have to be some changes made to the outmoded model of how films are greenlit and made. Films like “Hidden Figures” were made for under $25 million, which means that those of us on the top of the ticket weren’t paid upfront. Well, those days are gone, because we’re demanding our money. But you can still make those types of movies and allow people to share in the box office success by deferring part of their money.

They’re also going to have to stop paying certain people astronomical amounts of money when they can’t justify it. You shouldn’t be able to go in and say, “I want $20 million” if your last four movies haven’t earned you that right. I’m going back to what Janet Jackson said: “What have you done for me lately?” So a lot of things will have to change.

You made headlines recently when you and Jessica Chastain asked for equal pay on your upcoming Universal movie. What else needs to change over the next decade when it comes to compensation?

Contracts will have to be reviewed to make sure royalties and all of that reflect the people who aren’t at the top of the ticket, the people who make their living as weekly players and day players. But I think there have been some considerable changes made when it comes to actresses and equal pay. Are we where we should be? No, but we certainly are better than where we were. So I’m encouraged by the strides that are being made in that regard.