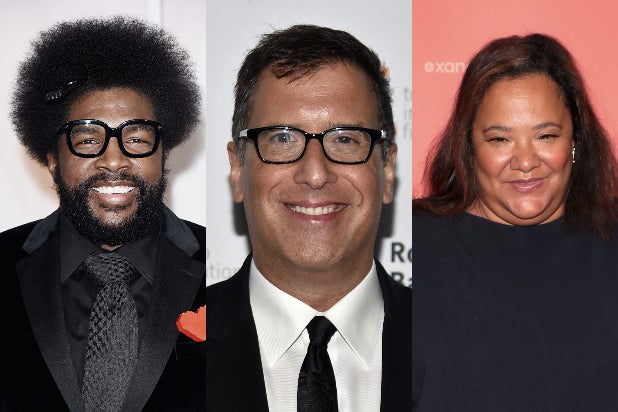 Oscars producers have unveiled the production team for this year’s ceremony, including Questlove as the show’s musical director and Richard LaGravenese and Dream Hampton as writers.

Jesse Collins, Stacey Sher and Steven Soderbergh, the producers for this year’s Academy Awards, announced a total of 14 new members of the team on Wednesday. This follows the news that Glenn Weiss will be returning to direct the show with the intention of making it look more cinematic than past Oscars broadcasts.

The Roots crew leader Questlove has previously been a musical director for artists like D’Angelo, Eminem and Jay-Z, and he executive produced the documentary series “Hip Hop: The Songs That Shook America” through his production company Two One Five Entertainment. He recently directed the Sundance-winning documentary “Summer of Soul” and will next direct a documentary about Sly Stone. He is also an Academy member and has previously performed at the Oscars.

While Allen, Barnes and Marchand are all returning to the Oscars show, it’s a first for LaGravenese and Hampton. Hampton is the producer of “Surviving R. Kelly” on Lifetime, and LaGravenese is the Oscar-nominated writer of “The Fisher King” and the director of “Freedom Writers.”

Rouzan-Clay and Harmon are both first-time producers on the show. Kapoor is joining the Academy Awards for the fifth time, and Paine has been with the Academy for more than 20 years. Hurd is returning for her eighth year.