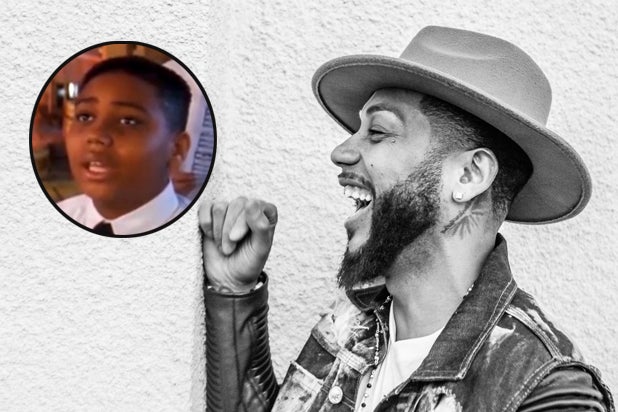 Quindon Tarver, a musician and former child star best known for his appearance in Baz Luhrmann’s “Romeo + Juliet,” died after a car accident in Texas on April 1. He was 38.

Tarver was born in 1982 in McKinney, Texas, and started singing in church choirs at four years old. At age 12, Tarver was signed to Virgin Records and appeared in Madonna’s “Like a Prayer” music video. He then went on to play a choirboy in Luhrmann’s 1996 cult classic “Romeo + Juliet,” contributing two covers to the film’s soundtrack: Prince’s “When Doves Cry” and Rozalla’s “Everybody’s Free.”

After “Romeo + Juliet,” Tarver went on to appear on Seasons 2 and 7 of “American Idol.”

“He had been through so much,” his uncle Kevin Tarver told The Dallas Morning News after his death. “But his focus was on his music. He was getting ready to make his comeback. He had been in the studio working on a project that was supposed to be released this year.”

Upon learning of Tarver’s passing, Luhrmann posted an old clip of Tarver singing during rehearsals for “Romeo + Juliet.” The director captioned the Instagram post, “A beautiful soul has passed. My thoughts are with Quindon Tarver’s family and loved ones.”

In 2016, Tarver participated in a tribute to Prince, performing his version of “When Doves Cry” once more. It marked a turning point in his career, with the musician saying in an interview with the Australian Broadcasting Corporation, “I had pretty much given up. When Prince passed away, I went to L.A. to be a part of a Prince tribute. When I got on the stage and they announced my name, it was like a coming to Jesus moment. The applause and the cheers of the people, it was like, ‘Wow, this is what I want to do. These people remember me! Twenty years later, these people remember me.’”