SAG Awards Go to ‘The Trial of the Chicago 7,’ Chadwick Boseman and Viola Davis 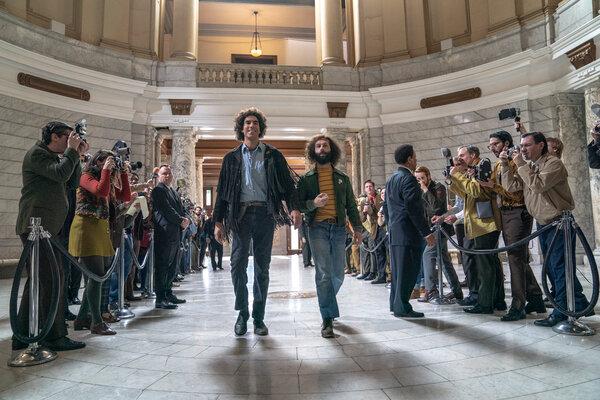 Over the last decade, five of the films that won SAG’s top prize went on to take the best-picture Oscar, including last year, when a big win for “Parasite” gave it a gust of momentum going into the Academy Awards. After “The Trial of the Chicago 7” lost the Golden Globe for best drama to “Nomadland” and the Writers Guild Award for original screenplay to “Promising Young Woman,” the film’s triumph at the SAG Awards could give it a similar jolt.

Two men who’ve been sweeping the season continued to steamroll at SAG: The late Chadwick Boseman won the best-actor award for his work in “Ma Rainey’s Black Bottom,” while “Judas and the Black Messiah” star Daniel Kaluuya won the supporting-actor trophy.

The actress and supporting-actress races have been more suspenseful this season, and SAG delivered two notable victories in the form of best-actress winner Viola Davis for “Ma Rainey’s Black Bottom” and “Minari” scene-stealer Yuh-Jung Youn, who won the supporting-actress award.

Last year, all four SAG acting winners went on to repeat at the Oscars. If that happens this year, it will be the first time that all the acting Oscars were won by people of color. “Ma Rainey’s Black Bottom” would also become the first film since “As Good as It Gets” (1997) to win both the best-actor and best-actress Oscars — though unlike that film, “Ma Rainey’s Black Bottom” missed out on a best-picture nomination. (“As Good as It Gets” lost that prize to “Titanic.”)

In the television categories, “Schitt’s Creek” and “The Crown” continued their award-season dominance, winning the comedy and drama categories, respectively.

Outstanding Cast: “The Trial of the Chicago 7”

Actor in a Supporting Role: Daniel Kaluuya, “Judas and the Black Messiah”

Ensemble in a Drama Series: “The Crown”

Actress in a Drama Series: Gillian Anderson, “The Crown”

Actor in a TV movie or limited series: Mark Ruffalo, “I Know This Much Is True”

Actress in a TV movie or limited series: Anya Taylor-Joy, “The Queen’s Gambit”

Stunt Ensemble in a TV Series: “The Mandalorian”