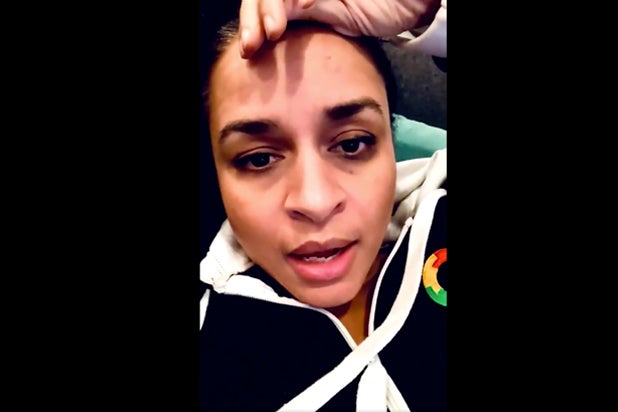 Sarah Cooper is finding new ways to mock Donald Trump, once again ditching her lip-sync routine and this time pretending to be the woman who mentored one of his attorneys, Jenna Ellis.

A recent addition to Trump’s team, Ellis was with Rudy Giuliani during his press conference last week where he quoted “My Cousin Vinny” in an attempt to somehow prove voter fraud. Ellis herself was mocked this week on Twitter for attributing a quote about liberals to Teddy Roosevelt even though she later admitted “there isn’t a specific record of him saying this in a speech.”

Cooper continued, “Like, for example, with the evidence — some people say, ‘Show your evidence.’ I say, ‘Don’t show your evidence.’ Keep that to yourself. That’s for you. That’s so you know you have a case, you don’t need to prove it to anyone else. Ok? That’s for you. All you have to do is get some like looseleaf printer paper, and get some binders, then just like hold that up and say, ‘Affidavits. Signed affidavits.’ And that’s as good as gold.”

In a second video, Cooper continued, “The other thing I always like to say is, ‘Don’t use spellcheck.’ Because those squiggly lines, they’re just jitter and they just distract you. So just turn the spellcheck off … And then it’ll be good because when you file your documents, and you have spelling errors, they’ll think that maybe you’re very busy. And they’ll put you to the head of the line.”