A.O. Scott, our critic at large, is keeping a diary as he “attends” the virtual Sundance Film Festival, which runs through Wednesday. Read previous entries here and here.

Sunday, 10 p.m. Eastern time: The arrival of snow in New York definitely adds a taste of authentic Park City-in-January atmosphere, except of course that I don’t have to slog through the blizzard to get to screenings. Which is mostly a relief, even as it removes an essential element of self-congratulation from the festival experience. Critics and journalists like to compete over who can see the most movies in a single day. Four is pretty basic. Five gives you something to feel smug about. Six is impressive, though not everyone will believe you.

But at home, watching six movies feels less like a rare and heroic feat of journalistic stamina than an all-too-usual, somewhat pathetic exercise in quarantine self-care, akin to taking in a whole season of “The Great British Baking Show” in one sitting. That isn’t something I’d brag about or even admit to having done. Also not something anyone would pay me to do, I don’t think.

Anyway, for the record (and for the money): Today’s viewing included four documentaries and two features. I didn’t make it to the end of each one — walking out of movies is one of the guilty pleasures of festival-going. The highlights were two documentaries about contemporary American adolescence: Peter Nicks’s “Homeroom,” which follows a group of Oakland high school seniors through the tumult of the 2019-20 academic year; and Parker Hill and Isabel Bethencourt’s “Cusp,” which observes a summer in the lives of three Texas teenagers, Aaloni, Brittney and Autumn. 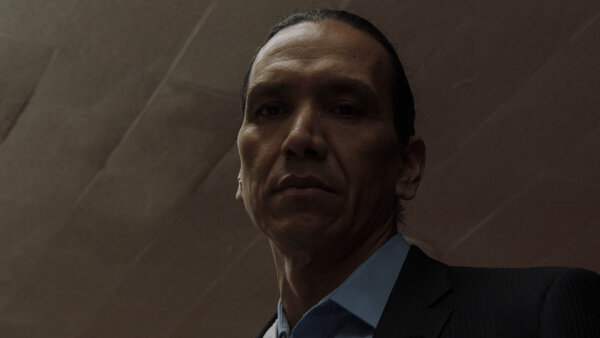 Monday, 11 a.m. Eastern time: This morning I am unable to log onto the Sundance site to catch up on movies I missed over the weekend, a frustration that mirrors the experience of being shut out of a screening, without the trek through ice and snow. While the tech support people process my plea for help, I’m reviewing my notes from the weekend.

“Flee,” directed by Jonas Poher Rasmussen, is an animated documentary organized around the memories of an Afghan refugee living in Denmark. It’s reminiscent of “Persepolis” in some ways — a personal, family story of displacement and self-reinvention set against a background of war and political struggle — but with its own tactful, melancholy aesthetic.

“Wild Indian” is a strong debut by Lyle Mitchell Corbine Jr., the kind of spare, locally grounded, socially conscious drama that is a Sundance staple. “Passing,” Rebecca Hall’s adaptation of the Harlem Renaissance novel by Nella Larsen, is a subtle, somewhat mannered meditation on race, identity and desire, shot in evocative black and white and anchored by the intriguing lead performances of Tessa Thompson and Ruth Negga as childhood friends who re-encounter each other as grown women living on opposite sides of the color line.

The glitch has been corrected. Back to the screening room, to make up for lost time — as soon as I shovel some snow.