Here’s a guide to how the events of Steven Spielberg’s new semi-autobiographical film compare with what really happened. 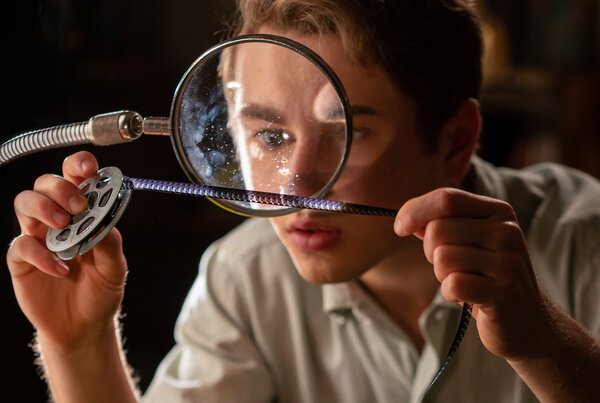 Steven Spielberg’s new semi-autobiographical film, “The Fabelmans,” hits many standard biopic beats: A Jewish boy, Sammy Fabelman, falls in love with movies after being spellbound by a train crash in the Cecil B. DeMille 1952 circus drama “The Greatest Show on Earth.” After moving with his family to California, he becomes the target of antisemitic bullies in high school. He’s unable to escape the shadow of his brilliant but distant father, wondering if he’ll ever make something of himself.

But other events — like when his mother adopts a pet monkey — are a little more out there.

Here’s a guide to what’s real and what’s exaggerated.

Did Spielberg’s mother fall in love with his father’s best friend?

Yes. In the film, Mitzi (Michelle Williams) falls in love with her husband’s best friend, Bennie (Seth Rogen). Her real-life counterpart, Leah Adler, left her husband, Arnold Spielberg, for one of his best friends, a man named Bernie Adler. The Spielbergs divorced in 1966.

For years, the director believed that it was his father who’d left his mother. “I figured I could be hurt less than she,” Arnold Spielberg said in the 2017 HBO documentary “Spielberg,” explaining why he and Leah decided he would take the blame. “I still loved her.” Leah and Bernie Adler married in 1967.

Did Spielberg find out about the relationship from watching footage he shot on a camping trip?

Yes. Spielberg told The New York Times’s co-chief film critic A.O. Scott in a recent interview that the dramatic moment of revelation depicted onscreen really happened. “That was one of the toughest things, I think, that I had to sit down and decide to expose, because it was the most powerful secret my mom and I shared since my discovery when I was 16,” he told Scott.