The top streaming TV shows on Disney Plus, Netflix, CBS All Access, and others this week

CBS All Access' "Star Trek: Discovery" has surged in audience demand more than a month after the third season premiered. The series is certainly All Access' most popular original as the service prepares to be rebranded as Paramount Plus next year.

Every week, Parrot Analytics provides Business Insider with a list of the nine most in-demand TV shows on streaming services in the US.

The data is based on "demand expressions," Parrot Analytics' globally standardized TV-demand measurement unit. Audience demand reflects the desire, engagement, and viewership weighted by importance. The list is ranked by how much more in demand the top series are than the average TV show in the US.

Below are this week's nine most popular original shows on Netflix and other streaming services: 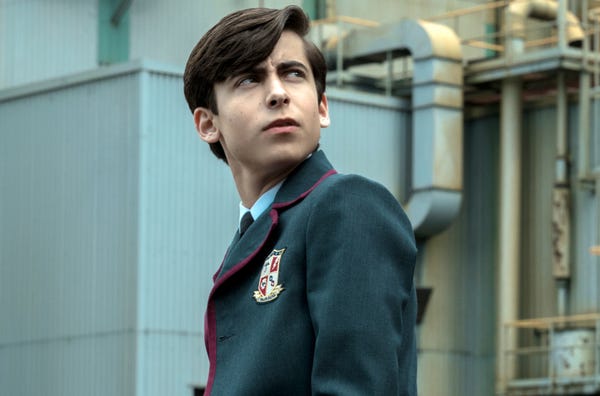 What critics said: "The Umbrella Academy is what you get when you mix Wes Anderson with Matthew Vaughn, stuff them full of Red Bull and Adderall, and give them a Spotify Premium subscription. Yes, that's a compliment." — Observer (season 2) 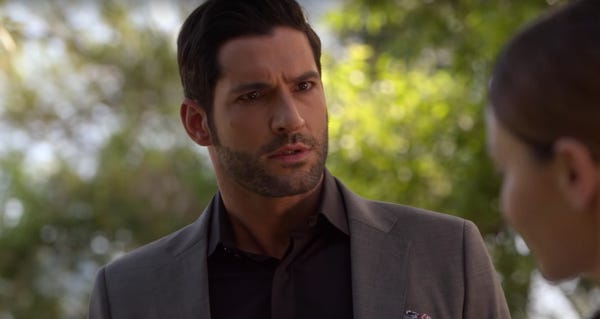 What critics said: "Part of Lucifer's charm is it's always erred on the side of cheesy soap opera when it calls for it, but there are some real gut-punching, grounding moments this season." — Metro (Season 5) 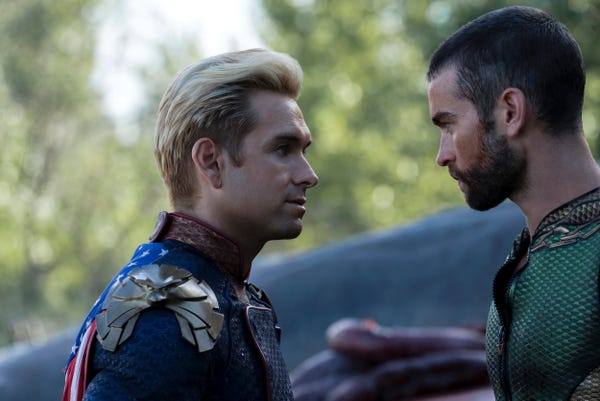 Description: "In a more intense, more desperate Season 2 of THE BOYS, Butcher, Hughie and the team reel from their losses in Season 1. On the run from the law, they struggle to fight back against the Superheroes. As Vought, the company that manages the heroes, cashes in on the panic over the threat of Supervillains, and a new hero, Stormfront, shakes up the company and challenges an already unstable Homelander."

What critics said: "[Brian] Kripke and his writers have produced a show that's genuinely subversive in the way it critiques the superhero genre's big clichés." — Polygon (season 2)

Season 2 premiered on September 4 on Prime Video. See more insights for "The Boys." 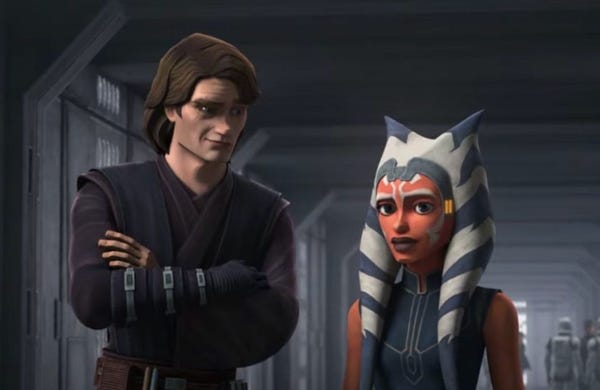 Description: "From Dave Filoni, director and executive producer of 'The Mandalorian,' the new 'Clone Wars' episodes will continue the storylines introduced in the original series, exploring the events leading up to 'Star Wars: Revenge of the Sith.'"

What critics said: "The standout aspect here is the much-improved animation, especially in the action department." — Collider (season 7)

Season 7 premiered on February 21 on Disney Plus. See more insights for "Star Wars: The Clone Wars." 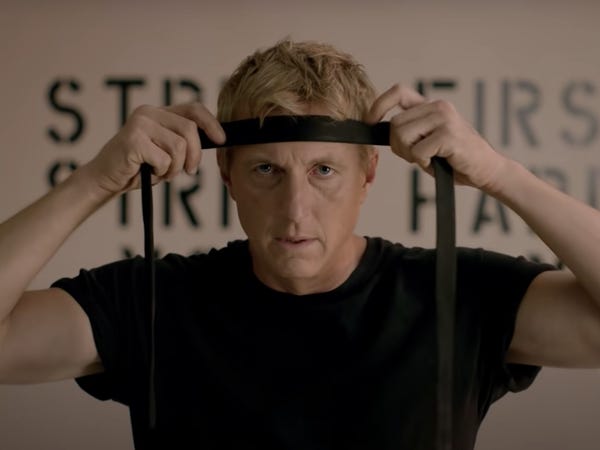 What critics said: "The series remains entertaining despite its flaws, and fortunately it has a hero that negotiates this disconnect between retro mindset and contemporary consciousness." — Indiewire (season 2) 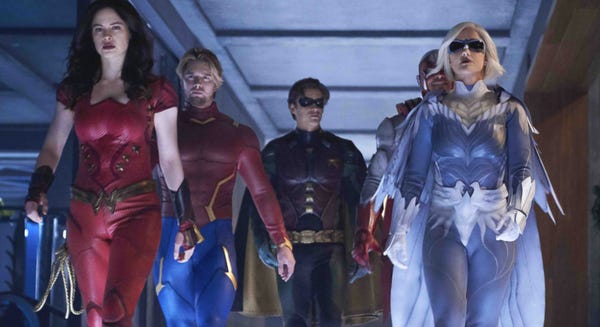 Description: "'Titans' follows young heroes from across the DC Universe as they come of age and find belonging in a gritty take on the classic Teen Titans franchise. Dick Grayson and Rachel Roth, a special young girl possessed by a strange darkness, get embroiled in a conspiracy that could bring Hell on Earth. Joining them along the way are the hot-headed Starfire and lovable Beast Boy. Together they become a surrogate family and team of heroes."

What critics said: "Bruce, Deathstroke, and Rose so far form an impressive trio of new characters that breathe life into the show. They seem to be well cast, and open up the story up to many possible new plot-lines." — Forbes (Season 2) 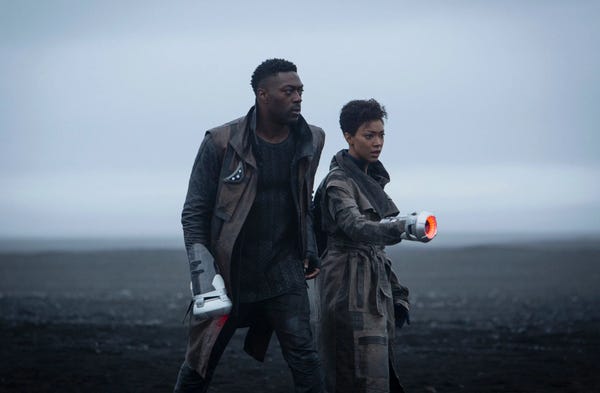 Description: "After making the jump in the second season finale, season three of "Star Trek: Discovery" finds the U.S.S. Discovery crew dropping out of the wormhole and into an unknown future far from the home they once knew. Now living in a time filled with uncertainty, the U.S.S. Discovery crew, along with the help of some new friends, must together fight to regain a hopeful future."

What critics said: "It's finally able to grow, unfettered by entrenched canon or unnecessary blockbuster aspirations (or unnecessary white guys — did y'all even see one this week?), into a series that will succeed or fail as a Star Trek show on its own merits." — Vulture (season 3) 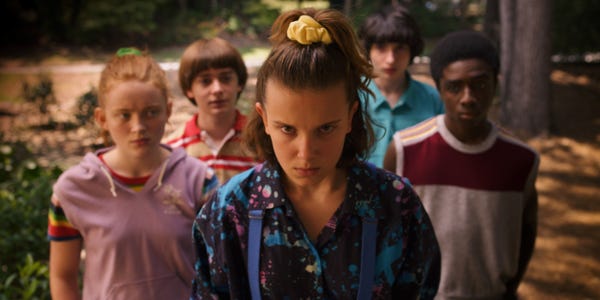 What critics said: "Even while some things go a bit too predictably, the last two episodes tie everything and everyone together in spectacular, emotional fashion." — Dallas Morning News (Season 3)

1. "The Mandalorian" (Disney Plus) 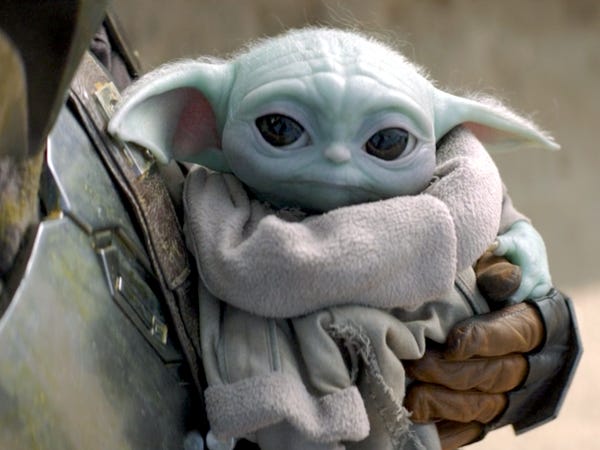 Description: "After the fall of the Empire, a lone gunfighter makes his way through the lawless galaxy."

What critics said: "We're in an age of TV where so much money can be thrown around and it doesn't work. This is throwing a lot of money at something and it does." — BBC (Season 2)

Season 2 premiered on Disney Plus on October 30. See more insights for "The Mandalorian."