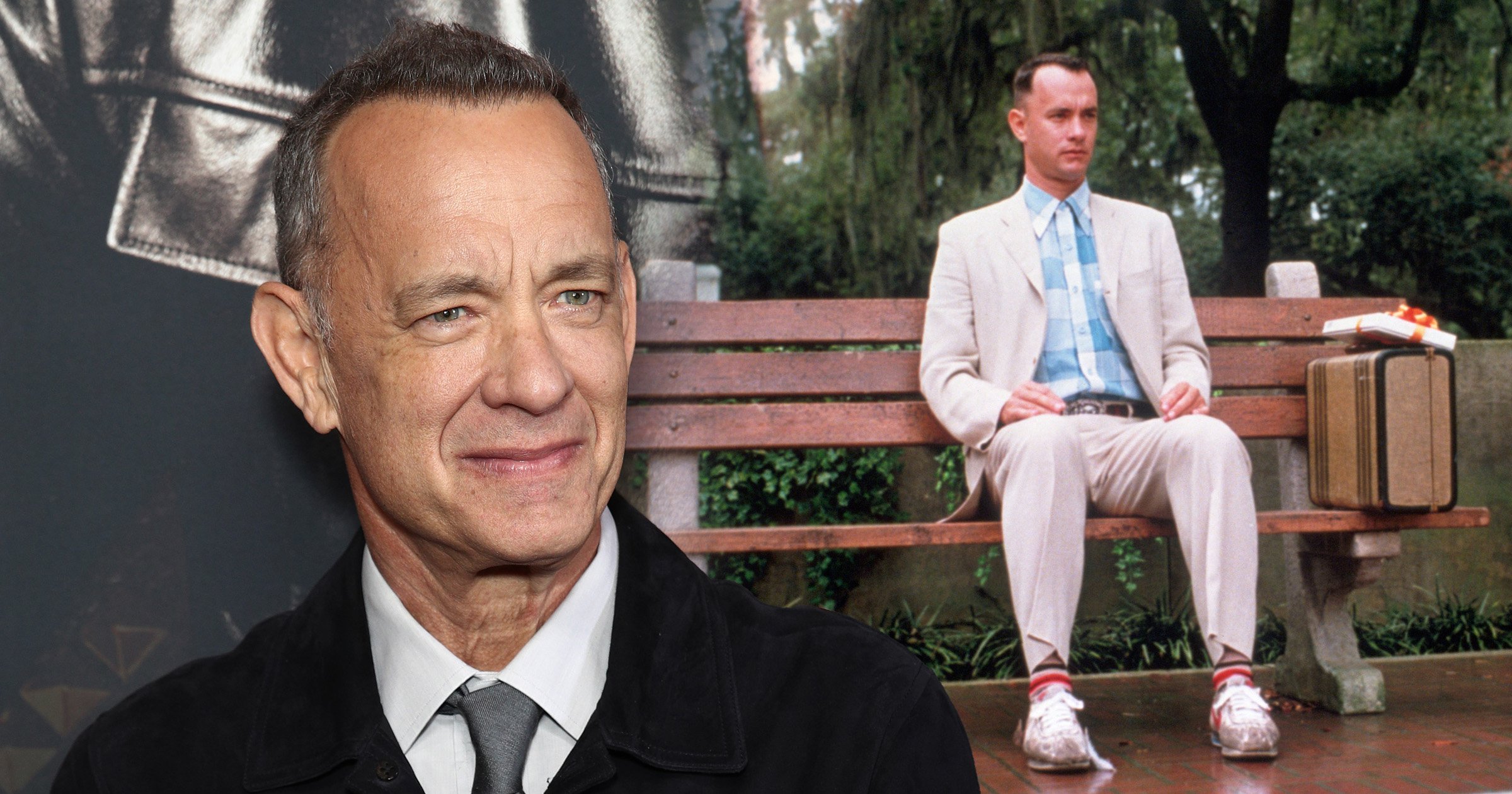 Tom Hanks has admitted that he wasn’t sold on the iconic bench scenes from his classic 1994 Oscar-winning movie, Forrest Gump, and that it was all shot as ‘fodder’.

The film went on to win the best picture Oscar over Pulp Fiction and net Hanks his second Academy Award for best actor in a row, following his success for Philadelphia the year before.

The run of scenes, which link the movie together, include one of the most quoted film lines of all time, as Forrest declares: ‘My momma always said, “Life was like a box of chocolates. You never know what you’re gonna get.”’

Explaining how he had initially dismissed these scenes, Hanks said: ‘I will tell you, in Forrest Gump, all the stuff that we shot on the park bench in Savannah, Georgia, we were just shooting fodder for a possible narrative piece of it.

‘And I said to Bob [Zemeckis, the director], “Is anyone going to care about this nut sitting on a [bench]? What is this? No one knows what’s in this [box], I mean.”’

Speaking to CinemaBlend, the actor – who is currently promoting new movie Elvis – recalled that they ended up shooting over a dozen pages of dialogue on the bench, which took a day and a half.

It also involved the use of cue cards initially before Hanks was happy to go without because ‘after a while you get into it’.

The star then revealed what Forrest Gump’s director, with whom he has teamed up once more for Disney’s new Pinocchio remake, had said to him about shooting the scenes, which showed eerie foresight.

Forrest Gump went on to clinch 13 Oscar nominations and win six, including for Hanks, the film, Zemeckis as director, best adapted screenplay for Eric Roth from the 1986 novel of the same name, best editing and best visual effects.

Hanks’ revelation comes hot on the heels of his recent announcement that he would not take his Oscar-winning role as gay lawyer Andrew Beckett if he was offered it now, as he feels the world is ‘beyond that now’ and ‘wouldn’t accept the inauthenticity of a straight guy playing a gay guy’.

He previously told The New York Times: ‘Let’s address ‘could a straight man do what I did in Philadelphia now?’ No, and rightly so.

‘The whole point of Philadelphia was don’t be afraid. One of the reasons people weren’t afraid on that movie is that I was playing a gay man.’

He added: ‘It’s not a crime, it’s not boohoo, that someone would say we are going to demand more of a movie in the modern realm of authenticity.’

Elvis is in cinemas now.