Why Is Jane Campion’s 2021 Movie Called ‘The Power of the Dog’ and What Does it Mean?

Jane Campion’s tenth film, The Power of the Dog starring Benedict Cumberbatch and Kirsten Dunst is currently streaming on Netflix. The Oscar-winning director made films such as The Piano, The Portrait of a Lady, and Bright Star.

Set in 1925 Montana, the film follows a mother and her son changing life forever for a pair of wealthy ranch-owning brothers. How did the film get its title and what does it mean?

‘The Power of the Dog’ title comes from a Bible verse

The Power of the Dog follows a charismatic, yet abrasive rancher named Phil Burbank (Cumberbatch) and his brother George (Jesse Plemons). Rose Gordon (Dunst) marries George and moves into their ranch along with her son, Peter (Kodi Smit-McPhee).

The story explores the overt romance and a more unexpected connection between Phil and Peter. Their relationship reminds Phil of a deep and meaningful love that he once had.

Indiewire confirms that The Power of the Dog title comes from Psalm 22:20, which reads: “Deliver my soul from the sword; my darling from the power of the dog.”

The meaning behind ‘The Power of the Dog’

The Power of the Dog ultimately tells a story about toxic masculinity, sexuality, and how they can lead to a person’s destruction. Campion taps into the male ego, as she compared the film’s meaning to Donald Trump.

“Like, when things didn’t go well for him [Trump], he melted,” Campion said to Indiewire. “He couldn’t ever even say the words ‘I lost.’ He created this massive fiction. Even to say the word ‘failure’ is just not an option for someone like him, for these kind of men.”

Psalm 22:20 is referring to Jesus dying on the cross. However, it provides additional meaning for The Power of the Dog.

“The atmosphere is full of guts and anguish, and blood and suffering,” Campion said. “And in a way, sexuality is like human suffering. As the title stands, it’s a kind of warning. The power of the dog is all those deep uncontrollable urges that come and destroy us, you know?” 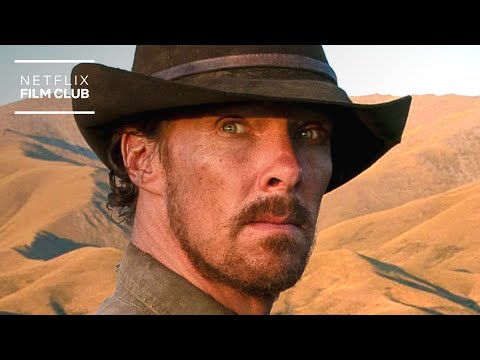 Netflix gave Campion creative notes regarding The Power of the Dog. The studio wanted the film to be more clear in its intentions and regarding its pivotal plot points. Some audiences likely would have appreciated having a more clear story with a more direct ending. Campion worked on various ways to address Netflix’s notes in the final product, although she stood her ground.

The Power of the Dog ends in a way that left some viewers confused as to the point it’s making. However, this story doesn’t intend to have any big climactic finish. Rather, Campion intends for audiences to soak in The Power of the Dog‘s atmosphere, as well as its character and world-building.

“We didn’t need it,” Campion said to Indiewire about clarifying the ending. “The audience felt the rules. They go with you. It’s a slow burn.”