It’s been three years since the Israeli-born former model struck gold as Hollywood’s first blockbuster female superhero, and 35-year-old Gadot has barely aged a day. Nor has Wonder Woman, even though the sequel is set 67 years after the last film – one of the small pleasures of being immortal, not to mention fictional. As the title suggests, the new film is set in the eighties when the crime-fighting superhero, originally played on TV by Lynda Carter, was at her most famous. It is an era of which Gadot, who was only born in 1985, has little recollection. 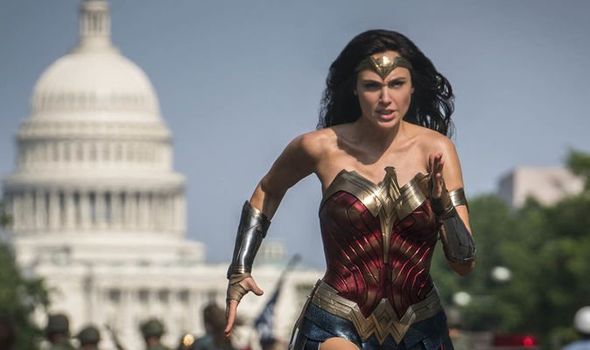 “I wasn’t doing much in the ’80s,” admits the actress. “But I was affected by the music: my dad always listened to Duran Duran, the Pet Shop Boys, George Michael and Madonna, all this amazing talent.”

Since then she has burnished her own talent and preternatural looks to become an improbable evangelist for feminist empowerment, like a sixth Spice Girl with her own superpower: making a scantily-clad sex symbol into an unlikely role model.

“A father took his son to see the movie,” recalls Gadot. “His boy loved the movie. They came out of the theatre, and his son told him, ‘Daddy, when I grow up, I want to be a woman’. That was everything, for me. We always talk about women empowerment – but it’s all of us. We can’t just empower women without educating the other 50 per cent. And because this movie has such universal messages, I’m proud of it.”

Gadot insists she’s not bashing men, and recalls growing up thinking that her father was a real-life superhero.

“I love men, and I’m married” – her husband of 12 years is Israeli property developer Yaron Varsano – “and I have many guy friends, and my husband is my hero and I love him,” she says. 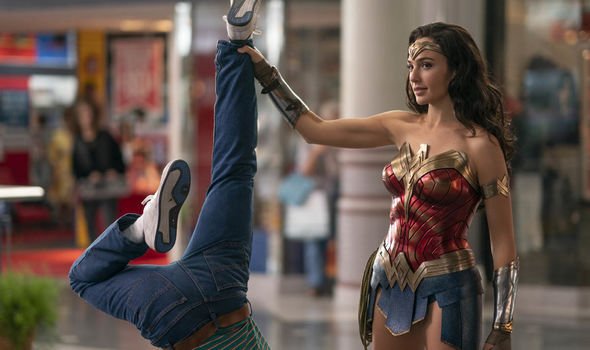 “I have zero issues with men. But I do think that throughout life, the heroes that we were exposed to were mostly men.

“I grew up thinking that my father is Superman. If someone’s going to break into the house, he’s going to save us all. I never had this thought about my mum. I think it’s essential for the next generations to know that we’re all that: my mum can be a superhero as well.”

Gadot hits back at critics who claim Wonder Woman’s message of female empowerment is undermined by exposing her flesh in a sexy costume and pandering to chauvinistic fantasies.

“If you look at Superman and Batman and all these characters, they are sexy and they have six-packs, and they look amazing,” she says.

Looking good may come naturally for Gadot, but she had to train for eight months to get into shape for the arduous battle scenes which see Wonder Woman swinging like Tarzan from lightning streaks in the sky.

In Wonder Woman 1984 she battles a new, female super-villain, Cheetah, played by Bridesmaids star Kristen Wiig, and of course, it’s not like male superheroes brawling.

“We have our own method and style of fighting, which is different,” says Gadot. “It’s not like the kick and the punch. It’s feminine, beautiful, graceful, sexy. To do that we had to do enormous work: the stunt team had to build crazy wire rigs.

“When we trained, it was strength and flexibility, and it was almost like dance training, because it was a full-blown dance choreography in a way. It was a lot of work, but it looks great.”

For one perilous scene Gadot recalls: “I was hooked to cables on my upper body for miles, and they pulled me and I had to run at the pace of Usain Bolt, like 27 kilometres an hour. I’m being pulled, but I had to move my legs at the same pace. That was excruciating, and my biggest challenge.”

“She’s one of my favourite people in the whole world and I just love her. She’s so funny and warm.” 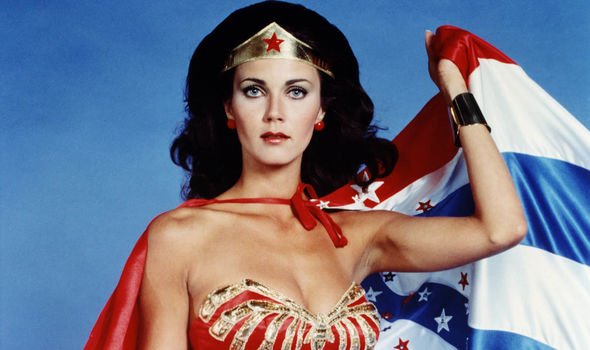 Echoes Gadot: “I couldn’t stop laughing on set.” Like Gadot, Wiig trained for months: “I was sore in places I didn’t know I had muscles. Weight training, muscle training, even cat training” – to play the feline Cheetah. “I watched videos of cheetahs. I didn’t lick milk out of a bowl.”

The original Wonder Woman movie was set in 1917, amid the carnage of the First World War, and almost seven decades later the superhero’s same love interest, played by Chris Pine, returns.

He hasn’t aged a bit despite dying in the original – thanks to some movie magic.

Pine, the lantern-jawed star of the revived Star Trek movie series, is content playing the romantic side-kick for a change.

“I’ve done enough action films,” he says. “I’m so happy to let Gal have to get up at five in the morning to go do all of her stuff.” 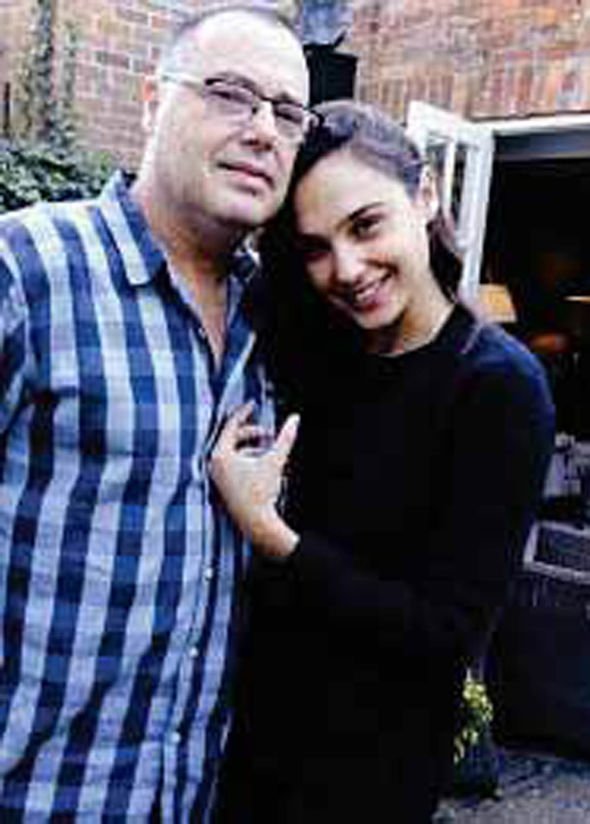 And he insists he’s more than mere decoration on Wonder Woman’s arm, at least, most of the time. “I wouldn’t have wanted to do the movie if I thought that I was just there as eye candy, or to make a joke of the man not being the lead,” says Pine, aged 40, who admits rejecting the role in Wonder Woman twice – “I wasn’t really interested” – before director Patty Jenkins persuaded him.

Chilean-born Pedro Pascal, aged 45, star of Game Of Thrones, Narcos and The Mandalorian, plays a villainous Trump-like tycoon, and claims it was a bundle of laughs filming in America, Spain and London.

“I remember working with Kristen and the two of us having so much fun,” he says.

“Then suddenly we were really flooded with shame because we were wasting an entire crew’s day, because they can’t use any of this, because we’re laughing so hard and we’re making up lines. And then it’s in the movie! I couldn’t believe it.”

For all the talk of female empowerment and Wonder Woman sparking a flurry of female superhero movies – Captain Marvel, Black Widow, and Birds Of Prey among others – director Patty Jenkins, 49, admits she is weary of battling chauvinism in Hollywood. 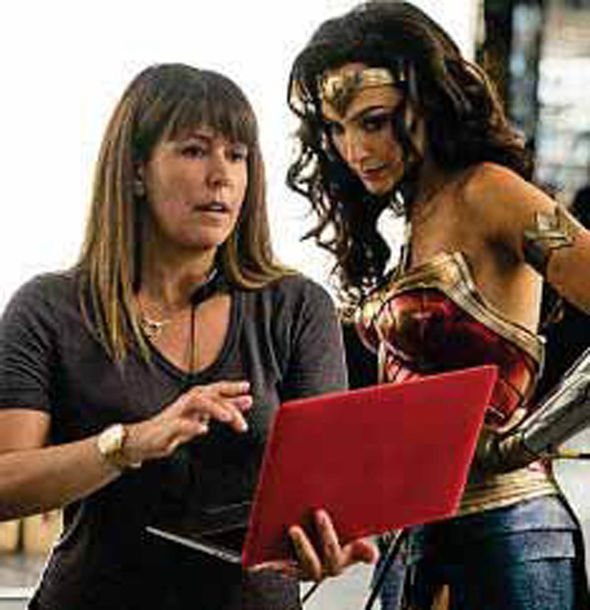 Earlier this year no women directors were Oscar-nominated.

“I’ve given up on this whole situation,” she sighs.

“I hope it changes. I’m not surprised by it anymore… I just try to make my movies and not think about it, or I would be too frustrated.”

Bringing Wonder Woman to life is Jenkins’s attempt to transform us all into female superheroes.

“Her mission is to make you all better,” says the director.

“This is an important thing for our youth of today to identify with: finding the Wonder Woman inside of them.”