The famous tenor makes music in every part of his life, including his marriage. Not only is Veronica Andrea’s wife, mother of his youngest child and occasional duet partner. She plays another incredibly important role in the Italian star’s life – she is also his manager. They met when she was a teenager and Andrae has explained the secret to their long and happy life together. SCROLL DOWN TO WATCH THEM SING TOGETHER

Veronica had been ditched by her friends and ended up at a party in 2002. Recently divorced Andrea was there too and immediately smitten. He sang her the aria  Occhi Di Fata (Fairy’s Eyes) and begged her to stay when she said she needed to get home and study for exams.

Andrea recalled: “It was the quickest, speediest start, because we moved in with each other that same night.”

Over the years, Veronica became a second mother to Andrea’s children Amos and Matteo who she refers to as “my sons.” The couple welcomed daughter Virginia to the world in 2012.

Veronica also become involved with her husband’s career, taking over his management and heading up his charitable foundations. 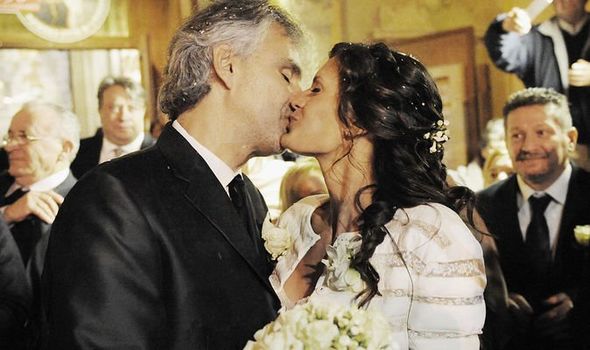 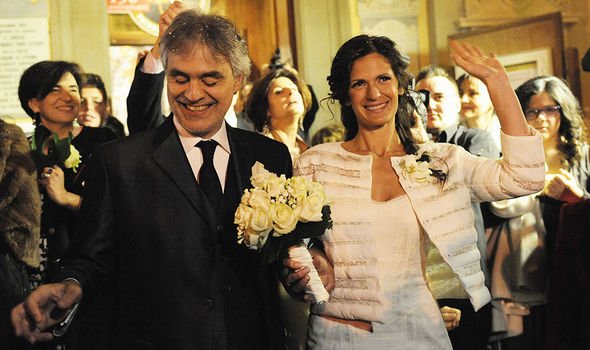 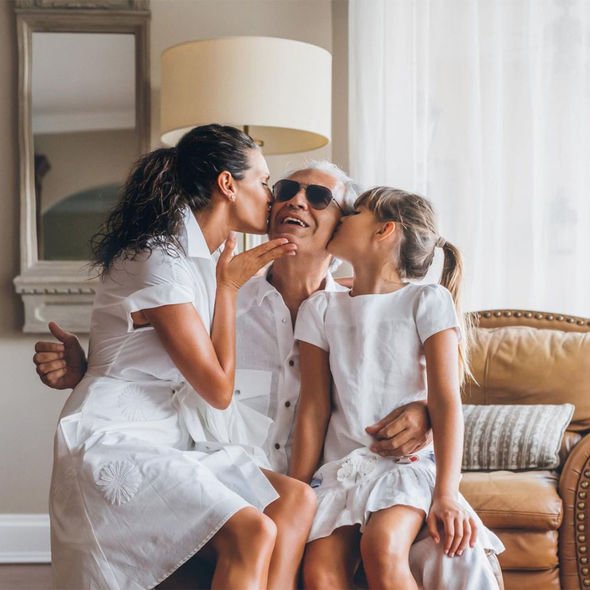 Andrea has openly discussed the 25-year age gap and the secrets to their happiness.

He said: “Big age gaps are a tradition in my family — my own father and mother have one.”

They married at the Sanctuary of Madonna di Montenero in Livorno, Tuscany on Virginia’s second birthday.

Andrea and Veronica’s enduring love was displayed when they took to the stage at a special filmed concert at the grand Hollywood Dolby Theatre in LA.

Although the show also included duets with vocal powerhouses Ariana Grande and Nicole Scherzinger, the award for the most romantic song of the night definitely went to the Bocellis. You can watch it in full below.

Andrea, himself, starts the performance of Cheek to Cheek alone on stage. Veronica comes on to the delight of the crowd and joins in.

Apart from the title itself, the song is sung almost entirely in Italian, but the sentiment is crystal clear.

They harmonise perfectly until the bridge when they both sing the classic line, “Heaven, I’m in heaven…”

Rather than complete the phrase “when we’re out together dancing cheek to cheek”, they demonstrate instead, before ending the number with a romantic kiss. 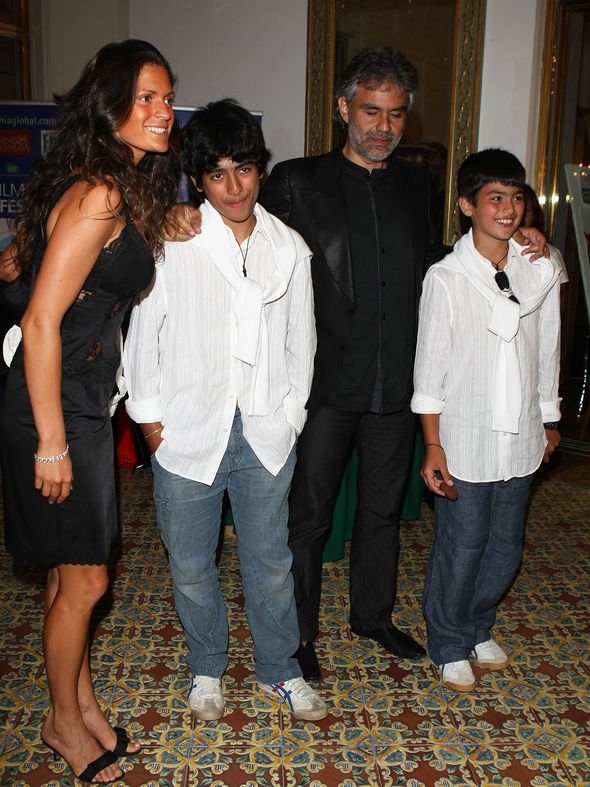 Apart from singing and dancing together, Andrea explained what makes a great marriage.

He said: “My theory is chemistry. If there’s chemistry between two people, then there is poetry, there is harmony, there is mutual understanding — there is love; if not, nothing,” 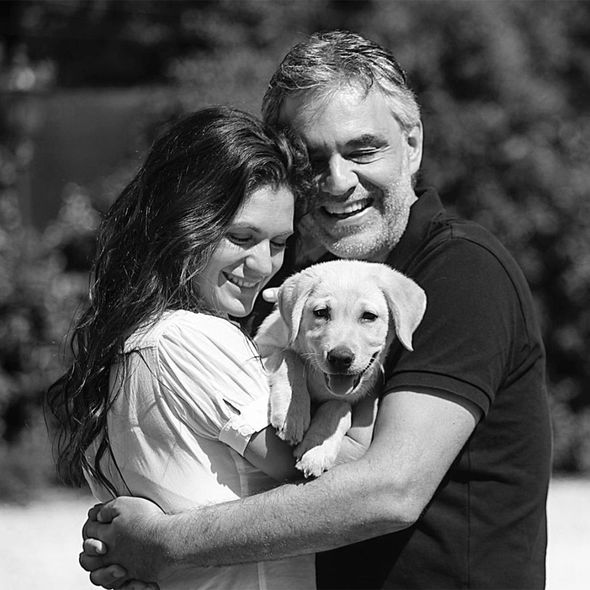 Musical talent, it seems runs throughout the whole family. Andrea and Veronica’s daughter Virginia is only nine but she has already made her singing debut with her famous father.

They recently stunned the world with a series of performances, including a headline-grabbing rendition of Leonard Cohen’s Halleluyah at the Teatro Regio di Parma in December, which has already racked up nine and a half million views.

Andrae and Veronica have also posted a series of Instagram images while te family is in Miami, teasing a new performance between the famous father and daughter. 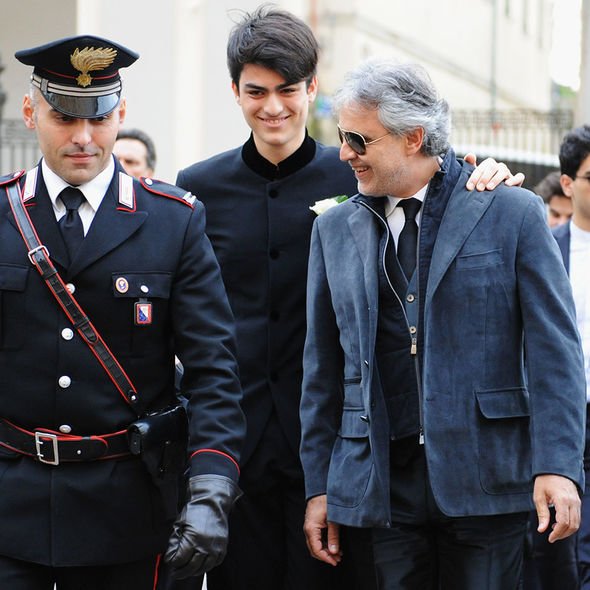 Andrea’s youngest son Matteo, from his first marriage to Enrica Cenzatti, is also a budding star.

The 23-year-old is a part-time model who is working on his first album and duetted with his father on Fall On Me, the theme song to Disney’s Nutcracker and the Four Realms movie. The 2018 track has amassed 93 million views and the pair have performed it live on stage all around the world.

Matteo has also been teasing fans with Instagram posts about his upcoming debut album.