Preventing Olivia Rodrigo from scoring a chart double with ‘Good 4 U’, the South Korean superstars become the first group to achieve such feat since The Jackson 5 in 1970.

AceShowbiz -BTS (Bangtan Boys) have landed their fourth U.S. Hot 100 number one in nine months, becoming the first group to achieve the feat since The Jackson 5 in 1970.

“Butter” debuts at the top, joining “Dynamite”, “Savage Love”, and “Life Goes On” – the BTS hits that have reached number one since September 2020. Celebrating the feat, the seven-piece boyband posted on their official Twitter page new group photos of them flashing smiles and number 1 with their hand to thank their fans, collectively known as ARMY. 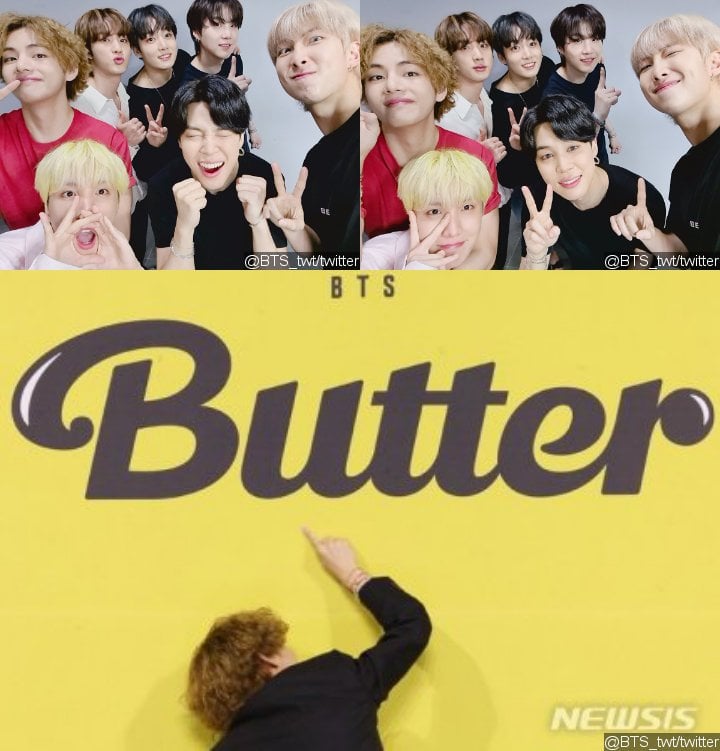 BTS celebrated their song ‘Butter’ No. 1 debut on Billboard’s Hot 100.

“Butter” is BTS’ second full English song following their global smash hit “Dynamite”, which music video earned them their first nomination at the 2021 Grammy Awards. The new song previously shattered the group’s own YouTube’s viewing records for the most views in a 24-hour period.

They set the record last year with “Dynamite”, which hit 101.1 million views, but now “Butter” has proved to be even more popular, racking up 108.2 million hits on its first day following its Friday, May 21 release.

The “Butter” YouTube premiere also earns the group the title of the streaming service’s biggest music video premiere with more than 3.9 million peak concurrents, compared to the over three million scored by “Dynamite” in August.

The track prevents Olivia Rodrigo from scoring a chart double with “Good 4 U”, which debuted at number one last week but slips to two as her debut album, “Sour”, lands at the top of the Billboard 200 countdown.

Rodrigo makes more chart history, however, by becoming the first act to chart three songs from a debut album in the Hot 100’s top 10 in the same week.

Her song “Deja Vu” rises to three and “Traitor” debuts at nine.

Dua Lipa‘s “Levitating”, featuring DaBaby, and “Leave the Door Open” by Silk Sonic round out the new top five.