Catchy, loud and so commercial they pause for ads

Journalism has taken me many places, but I never expected one of them to be Rod Laver arena among 15,000 fans of K-pop girl group Blackpink.

The Korean K-pop subculture has its own language: "fan service", "biases" and, for Blackpink, "Bl-ping-bong" – the band's trademarked light sticks topped with double pink love hearts (no rival bands' light sticks allowed). They pumped in time to the music throughout the night. 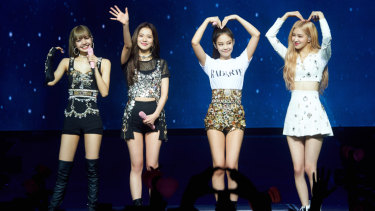 This gig was loud. I was deafened on one side by what looked like a wall of subwoofers – my God, the bass – and on the other by a diminutive teen with the voice of a football coach.

"Waaaaaaa-aaaa!" she yelled, deafeningly and repeatedly.

This is entirely manufactured pop and there are no illusions about it. Fans and performers discuss how these groups are put together by corporations, drilled in training camps and then unleashed on the world and paid salaries to perform.

And it's commercial. During one costume change, the video screens showed a five-minute ad, featuring the four girls drifting around a carpark in the vehicles of tour sponsor, Kia.

The tunes themselves are catchy and have musical hooks designed to be memes. The audience shouts them back at the band. Some of these hooks, like "Du, Du, Duuuu" appear on the merch as well as in the lyrics. "In Your Area" was a favourite phrase, repeated through a number of songs and clearly a crowd favourite.

Most of the music was performed with backing tracks, but for several songs a four-piece band appeared. At one point this all-male band – guitars and drums – performed an extended instrumental without the girls on stage. It was funky, heavy, tight, and surprising. 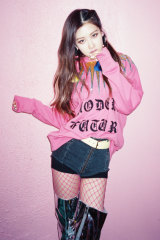 And did I mention loud? Ear-splittingly so. Waaaaaaaa!

For Melbourne audiences there was another bonus. Singer Rosé (Roseanne Park), grew up in Melbourne and reminisced, touchingly, about watching the tennis at this venue as a girl.

She gushed about returning to her "home town", and seemed genuinely sincere in doing so.

It was the least manufactured portion of an evening that was otherwise fun, well staged and well produced – and the crowd went wild.