The official cause of rapper DMX’s death has been determined, months after the Ruff Ryder died at age 50. DMX, whose real name was Earl Simmons, was hospitalized on April 2 after suffering from a heart attack. At the time, his family said he was in a vegetative state and told People, “We ask that you please keep Earl/DMX and us in your thoughts, wishes, and prayers.” His manager Nakia Walker told BuzzFeed that the “Exit Wounds” star had “lung and brain failure and no brain activity,” and that everyone was “just praying and waiting.”

While DMX remained on life support, fans gathered outside of a New York hospital to hold a prayer vigil. But DMX never recovered, and on April 9, the hip-hop legend died. “We are deeply saddened to announce today that our loved one, DMX, birth name of Earl Simmons, passed away at 50 years old at White Plains Hospital with his family by his side after being placed on life support for the past few days,” his family announced. They added, “Earl was a warrior who fought till the very end.”

In May, his collaborator Swizz Beatz released DMX’s last album, which was originally intended to be his comeback, according to New York Post. A memorial service was also held at Brooklyn’s Barclays Center with performances and tributes to the late rapper. Yet now there’s even more closure for fans with the release of his cause of death. 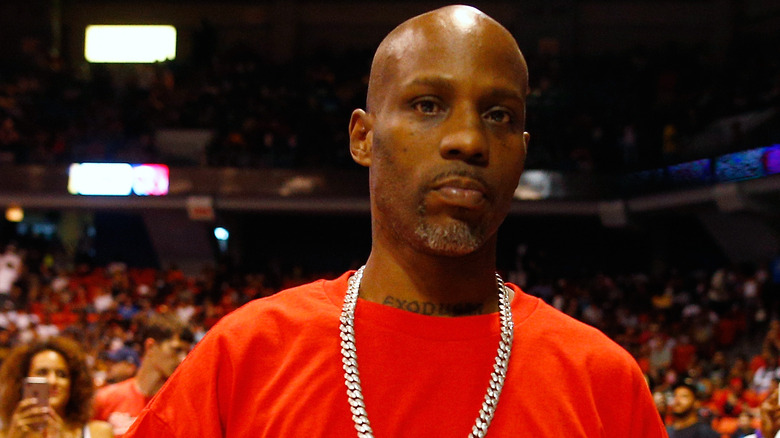 Months after legendary rapper DMX died, his official cause of death has been released. Vulture reports that a source from the Westchester County medical examiner’s office revealed that the “Party Up (Up in Here)” rapper died from a cocaine-induced heart attack which caused a lack of blood circulation to his brain. The source explained, “It was cardiac arrest for a period of time, so there was no circulation to the brain,” adding that acute cocaine intoxication was responsible for the “chain of events” that followed. While an autopsy wasn’t performed, DMX’s “urine showed the presence of cocaine,” Vulture explained.

While prayer vigils were held for the rapper, it appears that it wasn’t looking good for DMX from the beginning. Even though his heart was revived at one point, the source revealed to Vulture, “His death literally happened immediately because the brain was dead.” They continued, “So obviously, there were a number of days where he was on ventilatory support and so forth in the hospital. However, he was diagnosed brain-dead early on … He never woke up from [a] coma.”

The rapper had been facing drug addiction for years after being introduced to drugs as a child. Of that experience, he said (via People), “A monster was born. I wouldn’t do that to my worst enemy.” While he clearly still managed to have a super successful career, it appears that drugs eventually led to his demise.

If you or someone you know is struggling with substance abuse and mental health, please contact SAMHSA’s 24-hour National Helpline at 1-800-662-HELP (4357).