Elvis Presley stars in 1966 trailer for Frankie and Johnny

Elvis Presley absolutely adored animals. The singer owned a plethora of pets throughout his entire life, including dogs, cats, peacocks, and a barn full of horses. He first bought a horse after seeing his wife, Priscilla Presley, handle her own mare. Following that, he became infatuated with the beasts and couldn’t go a day without riding his pride and joy, a chestnut palomino Quarter Horse named Rising Sun.

According to Priscilla: “[Elvis] used to look out his office window or his bedroom window upstairs and watch the horses play.”

She added: “There will always be horses at Graceland because they were here when Elvis was.”

After the star settled into riding Rising Sun each day, he and Priscilla went on regular dates.

These horseback dates would have them riding around the grounds of Graceland together, with Elvis on Rising Sun and Priscilla on Domino – the horse he husband had purchased especially for her. But not all dates went according to his plan. 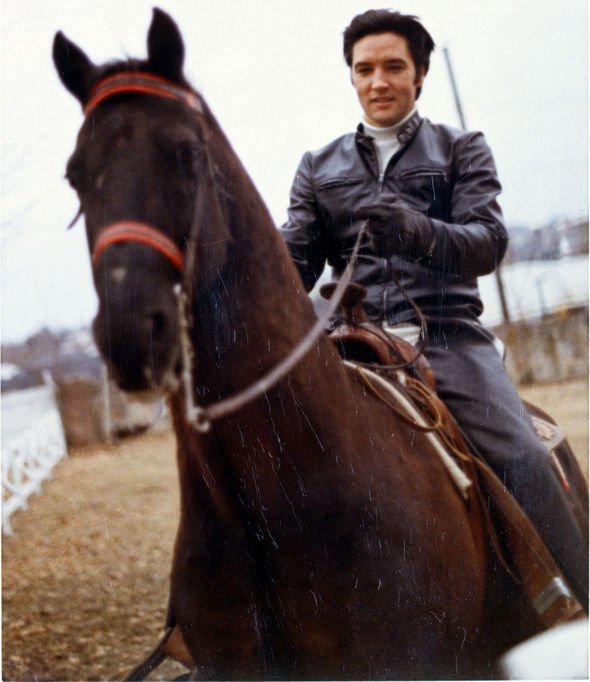 One event famously left Elvis furious. During one romantic jaunt, something spooked Rising Sun, causing him to shoot off with Elvis still on his back.

The King could not regain control of Rising Sun, so had to simply wait it out until he had calmed down and could be brought to a stop.

After a wild, uncontrollable ride, Rising Sun was brought to a stop, prompting Elvis to jump off his back.

The singer was not happy with his animal and, according to a witness, Elvis literally punched the horse in the face as a punishment. (via Neatorama)

What do you think? Join the debate in the comments section here 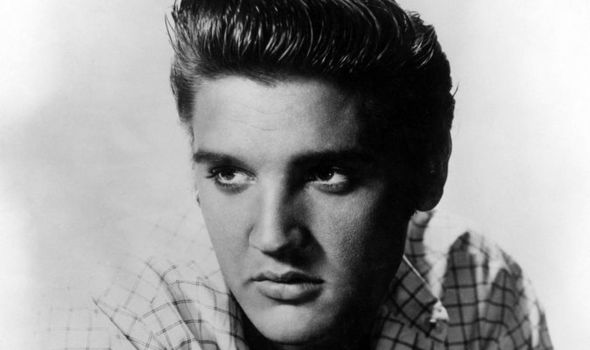 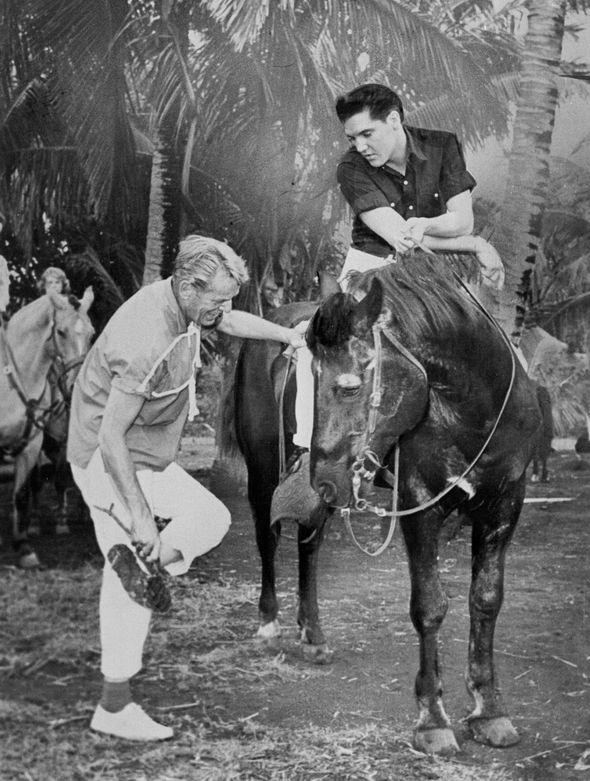 Priscilla was no doubt amused by the situation before the date could continue into the night.

Despite Rising Sun’s transgression, Elvis was absolutely head-over-heels for his mount.

The King bought a string of horses and kept them in his ever-growing barn.

One of the star’s employees, Jerry Schilling, was the official test rider for every new horse.

Jerry recalled: “It was a romantic time. Elvis and I both got married that spring.

“It was really great if you want quality time to spend with a friend … to be walking the horses at the end of the day, fixing up the barn. It was cold; we had a little campfire. A very, very special time.”

Eventually, Elvis bought too many horses and was forced to purchase a 163-acre cattle ranch in Mississippi.

The ranch was named Circle-G, in honour of Graceland.

This portion of Elvis’ life was one of his happiest, Priscilla revealed.

At the time, the singer was “frustrated” with his acting career.

To unwind, she revealed: “In the morning right after breakfast he was out riding.”