The Flaming Lips will celebrate the 20th anniversary of their 1999 masterpiece The Soft Bulletin with a limited edition vinyl reissue this October.

The 2-LP reissue, released exclusively through subscription service Vinyl Me, Please and pressed on mustard yellow, preserves the album’s original 13-song vinyl track list – including the track “Slow Motion,” omitted from the U.S. CD release – and is accompanied by a new art print designed by frontman Wayne Coyne.

The Soft Bulletin is available to order through Vinyl Me, Please’s site starting today at noon EST; subscribers of the service’s October Record of the Month will also an album-specific cocktail recipe and an invitation to partake in an exclusive Ask Me Anything-style live-stream with Coyne in October. 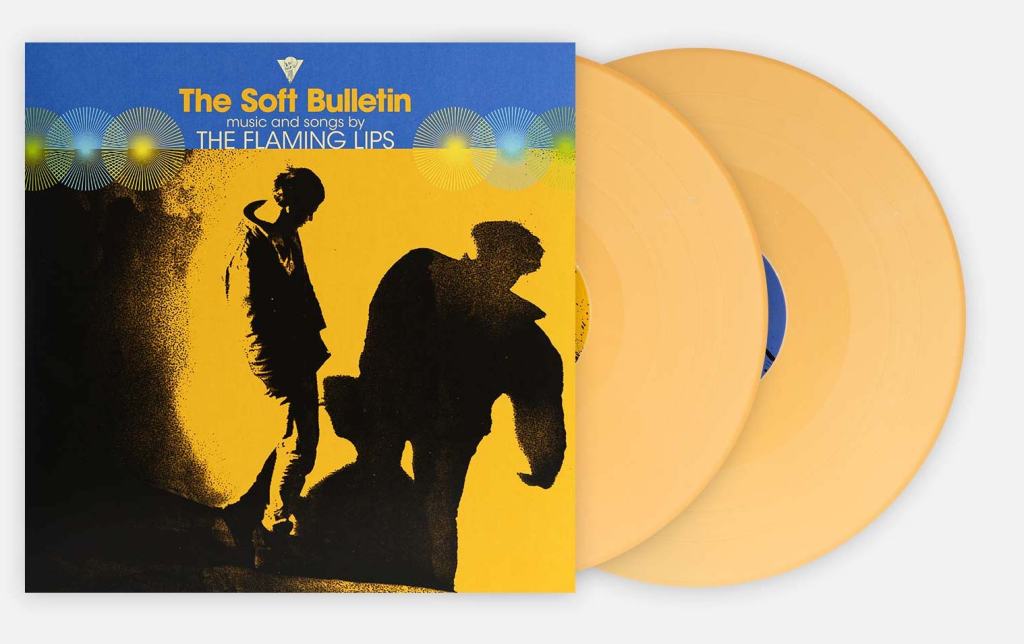 “Densely textured, awkward but somehow melodic, The Soft Bulletin finds these pop oddballs with their poker-faced humor firmly intact — ‘When you got that spider bite on your hand/I thought we would have to break up the band,’ sings Wayne Coyne in his strained Neil Young-style voice, referring to an accident that could only have happened to the Lips, and did,” Rolling Stone wrote of The Soft Bulletin in a 1999 album review.

“Their music isn’t, how you say, universally accessible, and the weirdness gets same-y, but no one else has posited a parallel universe in which the Sixties and the Nineties exist simultaneously, allowing for a peculiarly convincing brand of monolithic robotic swirl.”

“Over the past twenty years, The Soft Bulletin has cemented its standing as a modern classic of American rock music. The Flaming Lips’ distinctive use of theme, melody and unorthodox recording techniques accelerated them to an early-career magnum opus that has inspired countless artists,” Vinyl Me, Please Head of A&R Alex Berenson said in a statement.

“We at Vinyl Me, Please are incredibly excited to have worked directly with Warner Music and Wayne Coyne to come up with a spectacular anniversary packaging for this monumental album and look forward to our members diving into the Lips’ prolific musical output.”

In July, Coyne and company released their most recent LP, The King’s Mouth.

Disc 1 Side A
1 Race For The Prize
2 A Spoonful Weighs a Ton
3 The Spark That Bled
4 The Spiderbite Song
Disc 1 Side B
1 Buggin’ (Remix)
2 What Is The Light?
3 The Observer
Disc 2 Side A
1 Waitin’ for a Superman
2 Suddenly Everything Has Changed
3 The Gash
Disc 2 Side B
1 Slow Motion
2 Feeling Yourself Disintegrate
3 Sleeping on the Roof