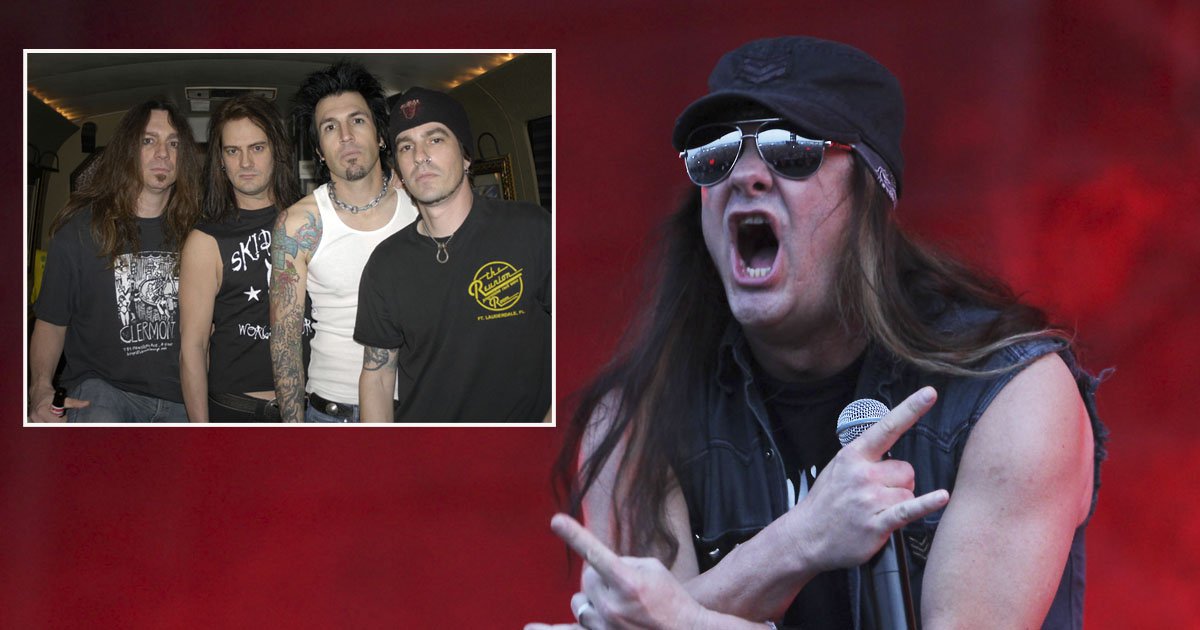 Skid Row singer Johnny Solinger has died at the age of 55, it has been announced.

The musician had previously informed fans that he was suffering from liver failure and his former bandmates confirmed he had died on Sunday.

In a Facebook post, they said: ‘We are saddened to hear the news of our brother Johnny Solinger. Our thoughts are with his family, friends and fans. Godspeed Singo. Say hello to Scrappy for us.’

In May, Solinger updated fans with his health battle and explained in a social media post: ‘It is with a heavy heart I must let everyone know what’s going on with me and my health.

‘I have been hospitalised for over the last month. I have been diagnosed with liver failure. And prognosis is not so good. As with most musicians I do not have health insurance and it’s very difficult to get proper care without it.’

The vocalist added that he was on ‘at least seven different medications’ and needed to have fluid drained from his abdomen ‘every couple of days’.

‘I have lost a lot of strength and will require physical therapy as well,’ he said.

Solinger rose to fame as Skid Row’s lead singer when the band reformed in 1999 following their 1996 split and the departure of Sebastian Bach.

Before joining the band, he had formed his own rock group named Solinger and released four albums. In 2008, Solinger also launched a country music career during his time with Skid Row.