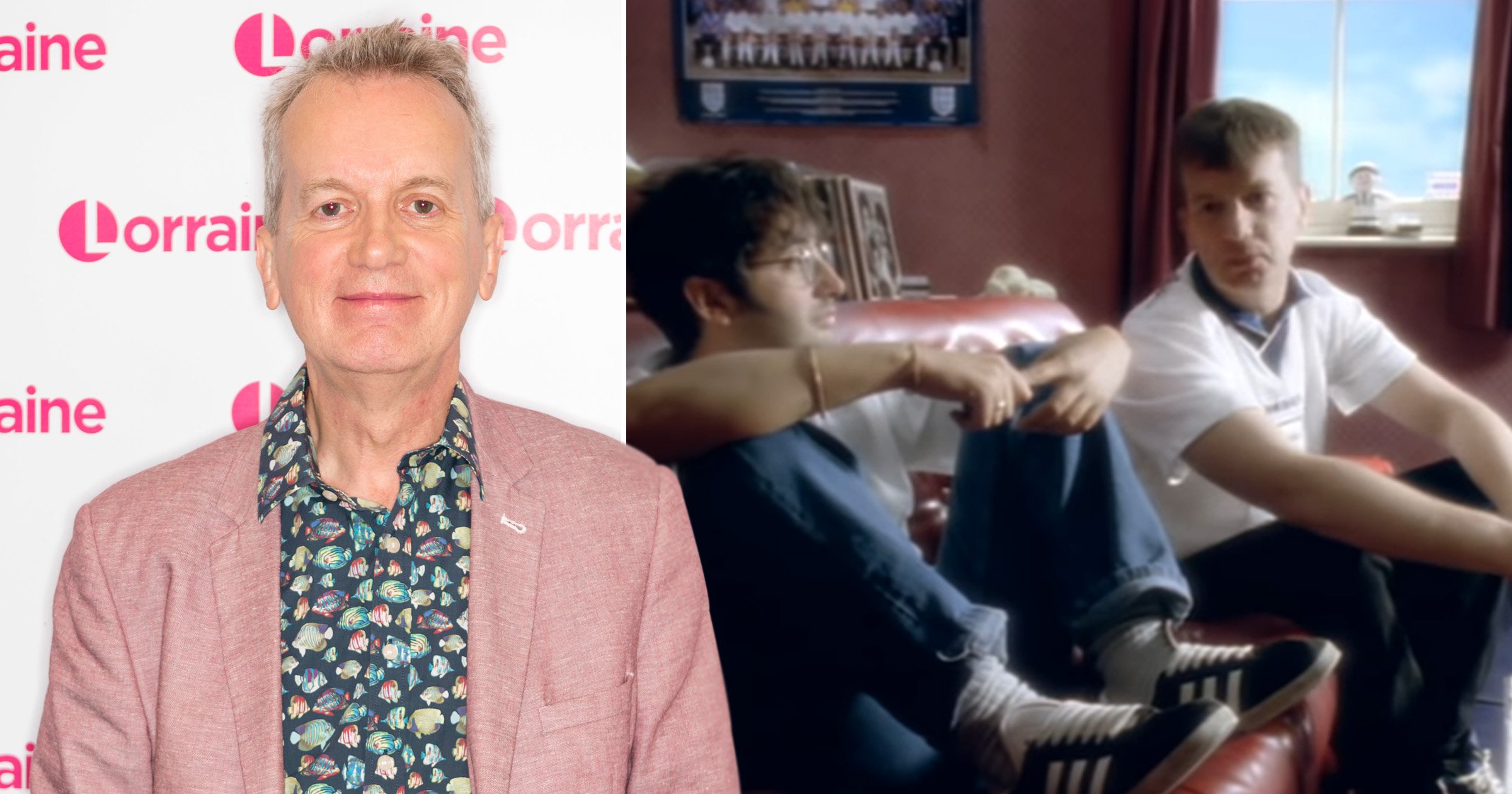 Frank Skinner was moved as he listened to Three Lions on his Absolute Radio show on Saturday morning ahead of the England v Ukraine Euro 2020 quarter-final football match.

The comedian, 64, and fellow funnyman David Baddiel, 57, penned the song along with Lightning Seeds’ Ian Broudie to mark the England football team’s participation in the 1996 European Championships.

The 90s version of the track is the only song to have risen to the top of the UK singles chart on four separate occassions with the same artists, with the most recent in July 2018 when England reached the semi-finals of the 2018 FIFA World Cup.

And Frank appeared in a nostalgic mood as he listened to the tune on Absolute Radio’s The Frank Skinner Show as the song makes its way up the charts again this summer.

After playing Three Lions, Frank said: ‘Oh dear I’ve got emotional at my own song. Forgive me. This erm… Oh God, it’s because there is a bit of footage on the telly of Rome and I thought oh my god, we are going to win it.’

Frank and David reunited this week as the pair got together to watch England play Germany in Uefa Euro 2020 at Wembley Stadium in London on Tuesday.