Freddie was taken too soon in November 1991. Exactly five years later to the day, a statue was unveiled on the shores of Lake Geneva in Switzerland. Queen bandmember Brian May spoke of his frustration at the blocks to erecting something worthy of his friend in the UK. However the Montreux statue has become a place of pilgrimage for fans from all around the world. Fitting for a place which played such an important part in Freddie’s final years.

The statue of Freddie Mercury was donated to the city of Montreux by the remaining Queen stars Brian May, Roger Taylor and John Deacon, as well as the family and friends of the late singer.

It was designed by the Czech sculptor Irena Sedlecká, who passed away on August 4. The artist was a member of the Royal Society of British Sculptors and the Society of Portrait Sculptors.

A beautiful video has been unearthed of her talking about her joy at being awarded the commission and her personal love for Freddie, saying “I know him by heart.”

She calls him probably the greatest performer and few would disagree. Scroll down to watch her moving tribute in her studio as she created the statue. 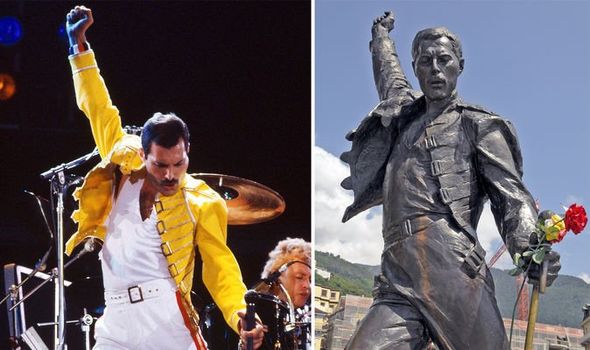 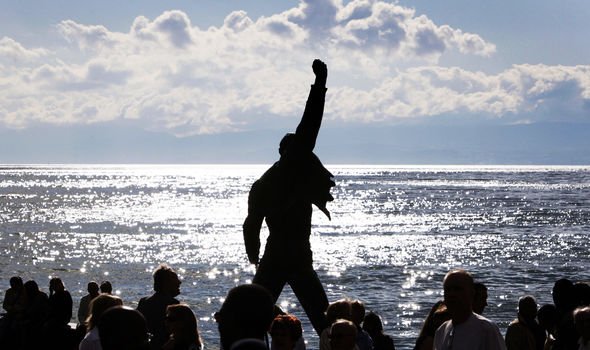 Sedlecká said: “He was such a performer really…probably the greatest.

“First time when I noticed him was the Live Aid…when he came on the stage I just thought, ‘there’s one of the best’, because he looked not only as a man but I liked his songs, I liked the performance.

“Then I got this chance (to create the sculpture) so I was in heaven.”

‘I read in the newspaper that there will be a statue of Freddie Mercury but I didn’t dream that I could be involved. I was lucky to be chosen.”

The final bronze staue was unveiled at a star-studded ceremony on November 25, 1996 at 3pm.

As well as Freddie’s bandmates, his parents, Jer and Bomi Bulsara, and sister Kashmira attended the ceremony along with famous friends like Montserrat Caballe.

Montreux, of course, holds a very special place in the life of Freddie Mercury.

Queen already had recording studios in the Swiss town, first recording the album Jazz there in 1978, and the band bought MOuntain Studios in 1979 and went on to record Innuendo, Hot Space, A Kind of Magic and The Miracle there.

The studios and town later became a place of sanctuary in the singer’s final months.

Hounded by the press at home, Freddie found some peace by the shores of Lake Geneva and the strength to create one last album. As his health faded and AIDS began to strip him of energy and movement, he recorded his final ever tracks, sometime only able to manage a few hours or even minutes a day.

Much of the material appeared on the posthumous 1995 release, Made In Heaven.

ORIGINAL STORY AT THE FREDDE MERCURY CLUB ON INSTAGRAM