George Harrison often had a hard time working with the two of the greatest songwriters. Since John Lennon, Paul McCartney, and the group’s producer, George Martin, hardly gave him the time of day and let him come forward with his songs, George kept most of them to himself. Meanwhile, he tried as hard as possible to help them form their tunes into hits.

During an interview with Guitar World, George explained what it was like working with John in the studio. He said John had a hard time figuring out what he wanted to say most of the time.

“Basically, most of John’s songs, like Paul’s, were written in the studio,” George explained. “Ringo and me were there all the time. So as the songs were being written, they were being given ideas and structures, particularly by John. As you say, John had a flair for ‘feel.’ But he was very bad at knowing exactly what he wanted to get across.

“Like a lot of old blues players,” Guitar World interjected. “Exactly like that,” George replied. “And he’d often do something really interesting in an early version of a song. After a while, I used to make an effort to learn exactly what he was doing the very first time he showed a song to me, so if the next time he’d say, ‘How did that go?’ we’d still have the option of trying what he’d originally played.” 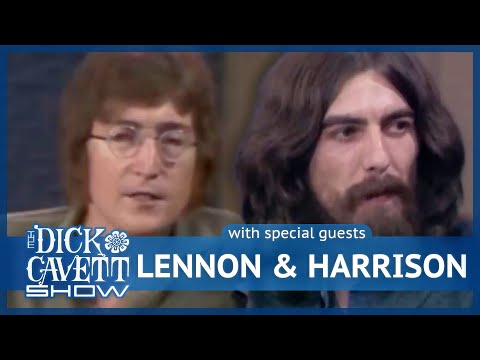 George had a hard time working with Paul McCartney

If George was least compatible musically with any of his bandmates, at least during the end of The Beatles, it was Paul. During an interview with Rolling Stone in 1979, he didn’t know about being in a band with Paul again.

“Yeah, well now we don’t have any problems whatsoever as far as being people is concerned, and it’s quite nice to see him,” George said. “But I don’t know about being in a band with him, how that would work out. It’s like, we all have our own tunes to do.

“And my problem was that it would always be very difficult to get in on the act, because Paul was very pushy in that respect. When he succumbed to playing on one of your tunes, he’d always do good. But you’d have to do fifty-nine of Paul’s songs before he’d even listen to one of yours. So, in that respect, it would be very difficult to ever play with him. But, you know, we’re cool as far as being pals goes.”

George continued to tell Guitar World that Paul often had trouble seeing beyond himself. “Well…sometimes Paul ‘dictated’ for the better of a song, but at the same time he also pre-empted some good stuff that could have gone in a different direction,” George explained. “George Martin did that too. But they’ve all apologized to me for all that over the years.”

If you’ve seen Part 1 of Peter Jackson’s new documentary, The Beatles: Get Back, you know all about how well Paul and George worked with each other. 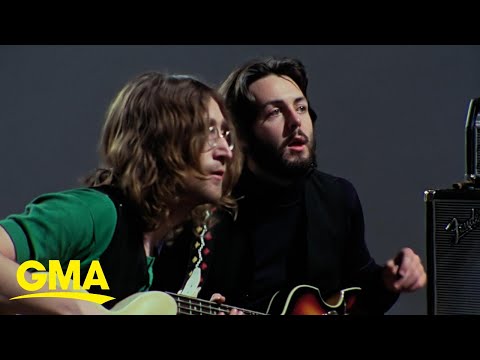 While John and Paul worked on their songs, George and Ringo Starr were often left to their own devices. Most of the time, George helped Ringo finish his tunes. We saw that in Jackson’s documentary. There was a sweet moment between them when George came over to work with Ringo on “Octopus’s Garden.”

George never stopped helping Ringo, even when they weren’t in The Beatles together. During an interview with Rolling Stone radio (per the Daily Mail) in 2020, Ringo admitted that he thought he “didn’t have the talent” to finish the songs on his debut solo album Sentimental Journey. So, he often turned to George to help him.

“I used to always go to George to help me end the song,” Ringo explained. “I didn’t have the talent to end a song. With ‘Back Off Boogaloo,’ I went to George and he helped me finish it.”

Ultimately, though, George had great times in The Beatles, but he’d had enough of being put on the backburner. By 1970, it was time for the members of one of the best bands in the world to go their separate ways. It was for the best, and then fans got even more music from each other in their solo careers.