Glastonbury Festival: Line up, weather, date, what to do, map, everything you need to know

The UK’s biggest music festival is almost upon us.

Many of the world’s biggest stars will come together to put on a massive show.

And with the UK weather heating up, it’s going to be a scorcher.

There is plenty of stuff to do off the beaten track in Pilton, Somerset, England.

Here is our guide to Glastonbury Festival 2019. 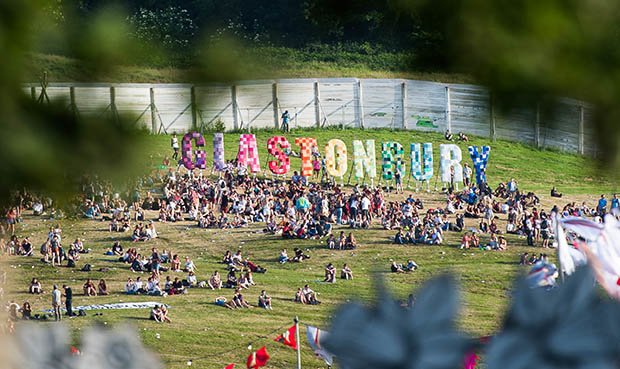 More than 2,500 acts will perform across the five-day festival.

There are a massive 90 different stages – from the iconic Pyramid Stage to some lesser-known “secret” areas.

Stormzy will headline the Pyramid Stage at 10.15pm on Friday, The Killers at 9.45pm on Saturday, and The Cure at 9.30pm on Sunday.

There will also be major headliners on the Other Stage – Tame Impala on Friday at 10.15pm, The Chemical Brothers at 10.15pm on Saturday and Christine and the Queens at 10pm on Sunday.

Other big names to take to the Other Stage are Snow Patrol, Sigrid, Billie Elish, Courteeners, Two Door Cinema Club and The Wombats.

You can check out the Glastonbury full line up and set times here.

Glastonbury Festival – what else is there to do?

Although the main acts don’t start until the Friday, there is plenty to do on the Glastonbury site.

The extra days will give you a chance to fully explore the 1,100 acre site.

There are plenty of food stalls to try out, or more quiet areas, including the Healing Fields or Greenpeace area.

Glastonbury Festival recommends: “While the Pyramid Stage will always provide the Festival’s most high profile attractions, a lot of the best experiences are to be found out on the outskirts, off the beaten track and where you least expect them.

“To aid you in your voyage of discovery, check out all the areas’ pages via the links on the right. But, if in doubt, just wander…” 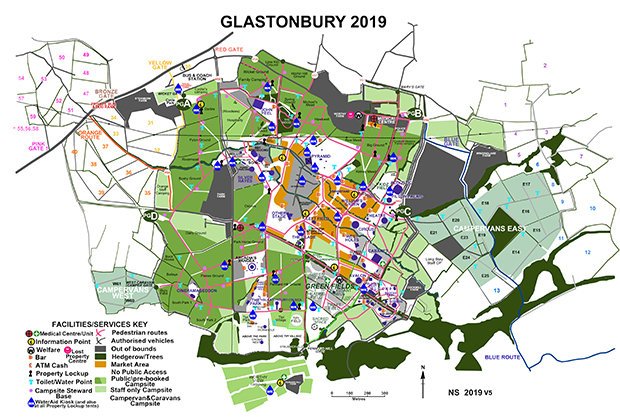 The festival area is absolutely massive.

If you are going to navigate around the site you will need a map.

A full-sized version of the Glastonbury map can be accessed here.