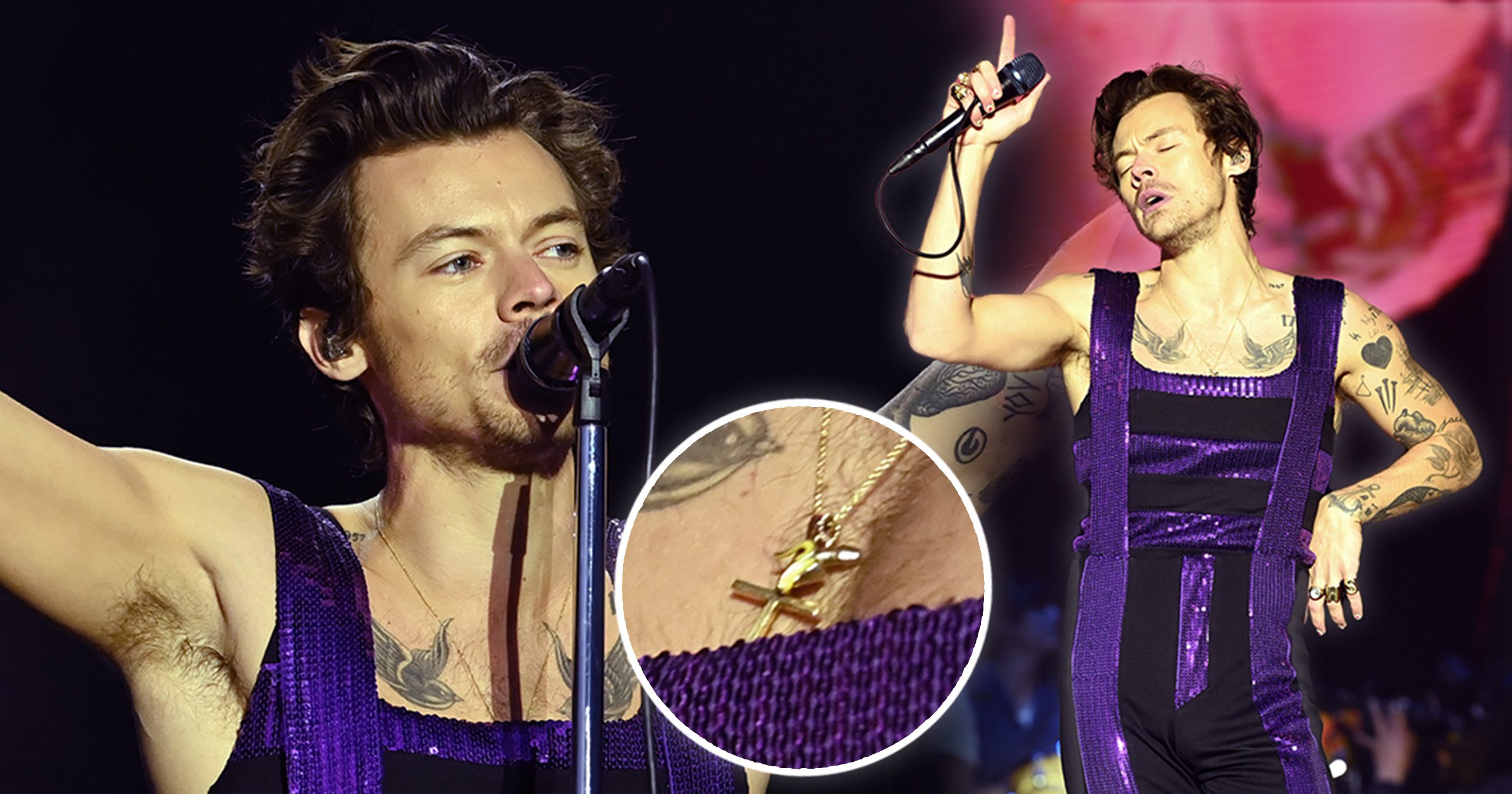 Harry Styles proved exactly why he was headline material as he closed BBC Radio 1’s Big Weekend with a stunning set.

The Golden singer was the final act to grace the stage on Sunday night, after fans watched two days of electrifying performances from the likes of Ed Sheeran, Calvin Harris, Tom Grennan, Lorde, and Chase & Status.

However, it was Harry who kept the crowds in suspense as he arrived on-stage to close this year’s long-awaited Big Weekend with a bang.

Donning the latest in his ever-growing collection of glitzy jumpsuits, Harry, 28, greeted the Coventry audience donning a black and purple jumpsuit and armed with his guitar. However, eagle-eyed fans noticed a familiar figure around his neck – another version of Harry’s beloved banana necklace that resembles more of a penis.

He then proceeded to deliver hit after hit, including old bangers such as Watermelon Sugar, Sign of the Times, Kiwi and Adore You, as well newer cuts such as the chart-topping As It Was, Daylight and Music For a Sushi Restaurant from his latest album Harry’s House.

Harry also treated longtime fans to a solo rendition of One Direction’s hit debut single What Makes You Beautiful.

Reacting to the set, one fan tweeted: ‘I have to say that it was all pretty incredible!! His mash up of Treat People With Kindness and You Don’t Know You’re Beautiful was so good!!’

‘Harry having the time of his life on stage is my favourite thing to see,’ another confessed.

Another quipped: ‘That’s some BDE if I’ve ever seen it!!’

The show got off without a hitch unlike some of Harry’s recent shows, including one where he kindly halted the performance after spotting a fan in distress in London, while he gave another fan dating advice, appropriately advising her that she’s better off without her cheating boyfriend.

Harry’s riding a huge wave at the moment as he’s currently holding the number one spot on both the album and singles chart with Harry’s House and As It Was respectively, with the latter enjoying its eighth week at the summit.