How Much Is Lily Allen Really Worth?

Since debuting on the music scene in 2006 with her witty, playful pop songs, Lily Allen has morphed into a successful businesswoman. According to The Official Charts, Allen’s debut single “Smile” was an instant success and became her first No. 1 single in the U.K. As of this writing, the British singer has achieved three chart-toppers and 10 entries in the top 10. Her debut album “Alright, Still” spent an impressive 98 weeks on the album chart and has shifted over 1.17 million copies in her home country alone, per The Official Charts.

Outside of music, Allen has ventured into other occupations. As previously reported by Fashion United, in 2007, she released her own clothing line with high-street retailer New Look and became the face of Chanel in 2009, per Marie Claire. In 2008, Allen presented her own talk show, “Lily Allen and Friends,” on BBC Three in the U.K. and launched her own sex toy, Liberty, with Womanizer in 2020, as previously reported by The Line of Best Fit. In 2018, Allen became an author and released her first memoir, “My Thoughts Exactly.” As noted on her Twitter account, the book became a Sunday Times No. 1 Bestseller.

With a career spanning more than 15 years, many must wonder how much Lily Allen is actually worth? Keep reading to find out.

Lily Allen grew up around fame, but paved her own way 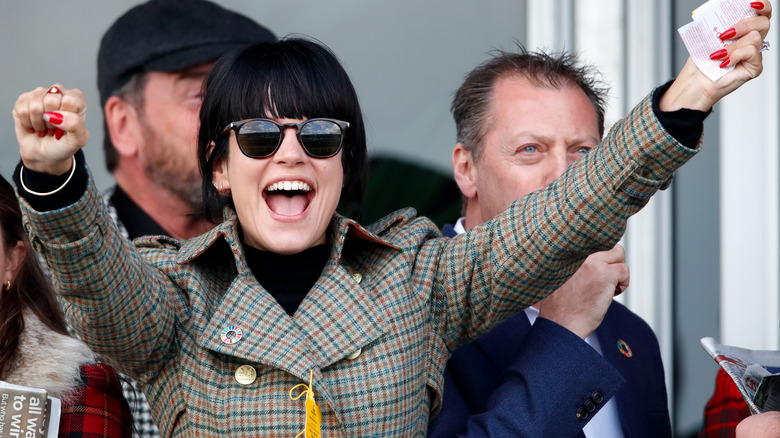 After scoring her first No. 1 single over 15 years ago, Lily Allen has become a millionaire. Despite her father, actor Keith Allen, and mother, film producer Alison Owen, being successful public figures, Allen has managed to stand on her own two feet and shine on her own. According to Celebrity Net Worth, the “Hard Out Here” hitmaker is worth an impressive $5 million as of 2021.

Allen may have grown up around money and may have not had financial struggles before rising to fame, but that doesn’t mean she hasn’t had any lows surrounding money after becoming a star. As of this writing, Allen has sold 5 million albums and achieved global hits. With that being said, her label only offered her £25,000 when signing her five-album deal. “I signed that deal when I was 19 years old and I’m still in it. It was a five-album deal for £25,000. And I paid for the advice to sign that deal and it was not good advice,” she told Fault Magazine in 2018. Allen told the same publication the main reason she decided to release a memoir was that she was “running out of” money.

On August 3, Allen will make her West End debut in London. The Grammy Award-nominated singer is set to star in “2:22 – A Ghost Story” as Jenny until October. Let’s hope she’s receiving the paycheck she deserves!