Imagine a world without the Beatles. It is actually quite hard to do

Imagine a world without the Beatles. It is actually quite hard to do. There would have been no Beatlemania, no A Hard Day's Night, no Sgt Pepper. Abbey Road would just be a regular London zebra crossing without tourists stopping traffic every day. We would never have sung along to All You Need Is Love, Hey Jude or Let it Be. There would be nothing in the way she moves, guitars would not gently weep, blackbirds wouldn't sing in the dead of night. John Lennon might well still be alive. 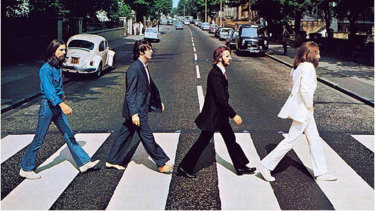 The iconic cover shot of the Abbey Road album, taken outside the titular London studio as the Beatles recorded there in 1969.

A new film, Yesterday, has a humorous stab at this peculiar concept. Written by Richard Curtis and directed by Danny Boyle, the film's premise is that a gigantic electrical storm has fried the planet and altered the space-time continuum, removing the Beatles from existence (along with cigarettes, Coca-Cola and, less catastrophically, Oasis). Only one person on earth remembers the Fab Four, a hopeless singer-songwriter called Jack Malik, who suffered a head injury at the exact moment of cosmic amnesia. The ensuing goofy comedy has much fun as Malik rises to superstardom, claiming the Beatles' songbook as all his own work.

And yet, in some ways, Yesterday barely scratches the surface of its own implausible scenario. Ed Sheeran gamely appears as himself, the reigning pop star eclipsed by Malik's borrowed genius. But the Beatles are so tightly sewn into the very fabric of pop, their absence would have changed everything. In a world without the Beatles, I wonder if a young Sheeran would have even picked up a guitar?

The Beatles remain the biggest-selling band of all time, almost 50 years after they broke up. They bestrode the Sixties, the most explosive decade in modern pop culture, laying the foundations for everything that followed, not just with their glorious music but with their fashions, haircuts, humour, ideals, their very characters. The hysteria unleashed by Beatlemania in 1963 was a trigger point for a generation, marking a shift in cultural and economic power to baby boomers and signalling a new philosophical, artistic and social liberation.

One could argue that a confluence of factors – an economic boom, the erosion of old social hierarchies, a sexual revolution heralded by the invention of the pill – meant conditions were ripe for a band like the Beatles to emerge. If it hadn't been the Beatles, it would have been another group.

The world was waiting for something to unloose teenage mass hysteria, but who else could have pulled the trigger?

The Stones were raw and dirty, flourishing as a kind of anti-Beatles. They needed their rivals as a bridgehead across the Atlantic. Yet America – where the charts were dominated by such squeaky-clean teen idols as Ricky Nelson and Bobby Vee – had few contenders of its own. Even the nascent surf sound of the Beach Boys was relatively anodyne compared with the energy and swagger of the Fab Four.

The effect of the Beatles' first US TV appearance, on The Ed Sullivan Show in February 1964, was monumental. Ask any American musician old enough to have been watching TV that day and they will rhapsodise about its impact.

"It was like the whole world changed overnight," as Tom Petty put it. Beatlemania took America with dizzying speed. Within a month they had the top five US singles and had begun a 30-week reign over the album charts. Without pop's Big Bang moment, all we are left with is a vacuum. It is hard to conceive of any other band with the extraordinary range of skills required to fill it.

Just contemplating the gaps that would appear in my own record collection gives me the chills. There is a certain combination of melody, harmony and lyric immediately recognisable as Beatlesque, that could only have arisen from the unique chemistry of that quartet. A world without the Beatles is a world in which the whole story of popular music would change beyond recognition. There would be no A Day in the Life, no She Loves You, no Yesterday. No Imagine, for that matter. It is almost unimaginable.