Jason Isbell and the 400 Unit are among the artists on the bill for the third annual Marcus King Band Family Reunion. Held in late September at Pisgah Brewing Company in Black Mountain, North Carolina, the two-day festival is the brainchild of Marcus King, the singer-guitarist of the burgeoning blues-rock group that bears his name.

Along with Isbell, Josh Ritter, Futurebirds, Los Coast, and Charlie Overbey and the Broken Arrow are set to perform. Amanda Shires, a member of Isbell’s 400 Unit, will also play her own solo set. The festival’s hosts, who released the album Carolina Confessions in October, will perform two sets.

“Each year Family Reunion grows more and more while still maintaining the festival’s original concept,” King said in a statement. “[It’s about] bringing together our families — the brothers and sisters we’ve come to know on the road, for a weekend of breaking bread, making music and fellowship.”

King and his eclectic group are set to join Chris Stapleton for a string of shows on his All-American Road Show Tour this summer. Isbell, meanwhile, is currently on tour with Father John Misty throughout June. Last month, he made a cameo on the HBO Deadwood movie revival.

Tickets for the Family Reunion, set for September 27th and 28th, go on sale June 14th. A presale for Marcus King Band fans is set for June 11th. 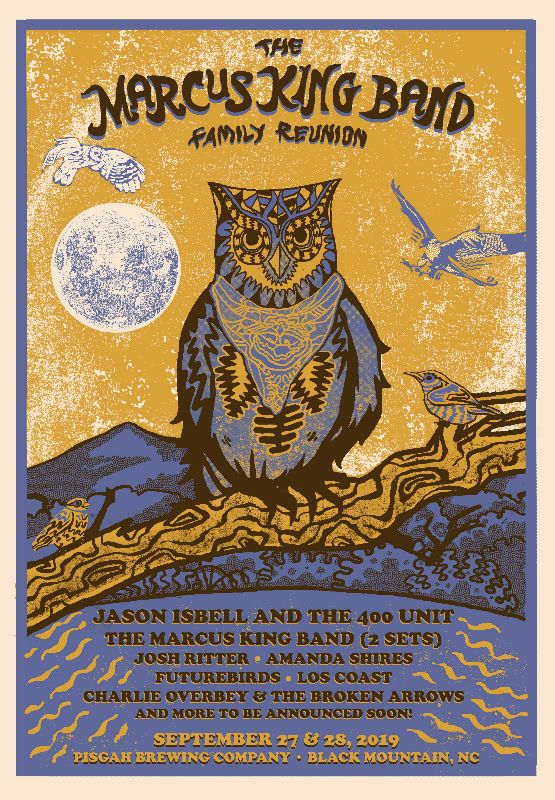