Kiki Dee: What it was like to work with Elton John 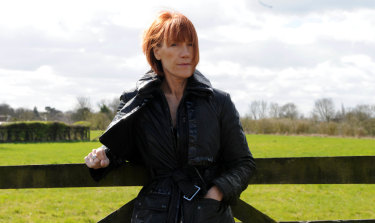 ‘I’ve never been married. I’ve had a lot of good relationships though. ‘Credit:Francesco Guidicini/Camera Press/australscope

I was what you'd call a "daddy's girl". I connected with my father, Fred, emotionally as a young girl and he was a big part of my life.

Dad was a working man from Yorkshire. He hadn't had a lot of opportunities in his life, so when he recognised my talent he really helped me move it forward. Not in a stage dad kind of way, he just believed in me so much. I possibly wouldn't be where I am if it wasn't for his support.

My older brother, David, had a lot of Elvis records on vinyl and that was my first real introduction to music during the '50s. David is seven years older than me and was a bit of a rock'n'roller. We're still close now, as I am with my sister, Betty, who is two years older than me.

I discovered I could sing from the age of five and I remember asking to perform when friends of my parents visited. I auditioned at the age of 16 for a record company in London. Later on I became the first British female singer to be signed to the Tamla Motown label.

I first met Elton [John] when I went to what I call his "rock star flat" in London. His mum brought Neil Young along, so it was pretty strange.

My first impression of Elton was that he was great fun. That night I managed to smash some champagne glasses in his kitchen, which he thought was hysterical. He has an amazing sense of humour and is very intelligent, too – super sharp.

The first time Elton recorded Don't Go Breaking My Heart, he sang my part in a very high voice. It's hysterical – I really wish I had a copy! From there, it eventually evolved into a duet.

Like so many things in life, the stuff that's the most successful isn't necessarily what you're most attached to. That song was great fun to do, but I wasn't thinking that it was a great piece of music, just a pop record.

I'm two weeks older than Elton, which I don't let him forget! I don't see him a lot these days – we're kind of like cousins who only see one another rarely. But whenever we do, we get straight back into our friendship. His life is so extraordinary, whereas mine is quite a bit more down-to-earth now.

I've never been married and people always ask me about that. Well, it just didn't pan out for me that way. I've had a lot of good relationships though, the most serious of which was with Davey Johnstone, one of Elton's guitarists, whom I dated for years in the mid-'70s. He was a big part of my life and we're great friends to this day.

I never had kids. I adore children, but I was never the kind of woman who pined for a child. I was 39 when I was diagnosed with an early stage of uterine cancer, which was definitely the end of the window for me. Once I got sick I was more in survival mode and the treatment left me infertile.

My professional relationships with men, such as the one I have with my musical partner, Carmelo Luggeri, are the ones that have gone the distance. I'm a little bit unusual like that.

I don't really like to look back. I'm grateful for the experiences I've had, but I don't live in the past. In every decade in my life something new and interesting happens, so I try to keep moving forward. That's what I try to do in my music, too.

I'm mellowing. You could say that I'm a different person now, I'm grown up. I see myself as a working singer, not as a pop star, which I like. In the '70s it was all about getting a hit, whereas now there's no pressure. I love the freedom and I love singing.

I'm going to try to sing for as long as I can, and just enjoy it all as much as possible.

An Intimate Evening with Kiki Dee and Carmelo Luggeri tours Australia from July 18 to August 25.

This article appears in Sunday Life magazine within the Sun-Herald and the Sunday Age on sale June 30.