Lisa Marie Presley has had two famous marriages and two others which did not quite occupy the headlines. The first of her best-known marriages was to Michael Jackson, AKA The King of Pop. The second, which came shortly after, was to actor Nicolas Cage – but for how long were they married?

As has been widely reported, Lisa Marie Presley married actor Nicolas Cage after a whirlwind romance.

According to People magazine, Lisa Marie and Nicolas met at a party for Ramones guitarist Johnny Ramone in September 2000.

It was reported this party was the beginning of their romance, though she was attending with her then-fiance, Hawaiian musician John Oszajca.

READ MORE:  David Bowie biopic: When is Stardust out in cinemas and online? 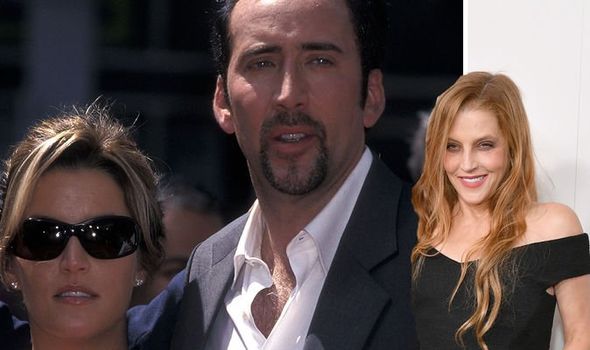 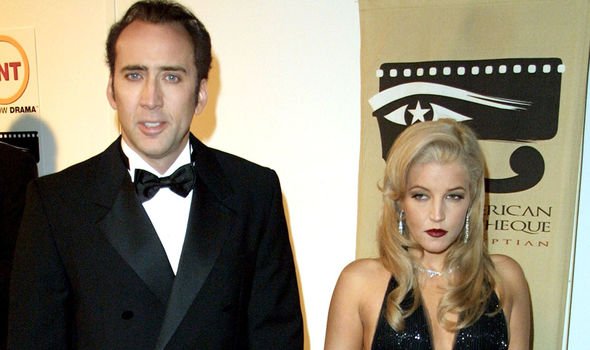 She broke off the engagement after meeting Nicolas, and in May 2001, they made their first outing together as a couple.

Shortly after this, in August 2001, Nicolas appeared on The Tonight Show with Jay Leno, speaking about their relationship.

He said: “She is a very honest person and I admire that quality.”

The marriage was incredibly short-lived, and 107 days later, they filed for divorce on November 25, 2002.

In an interview on Larry King Live! in 2003, she discussed what happened between her and the actor. 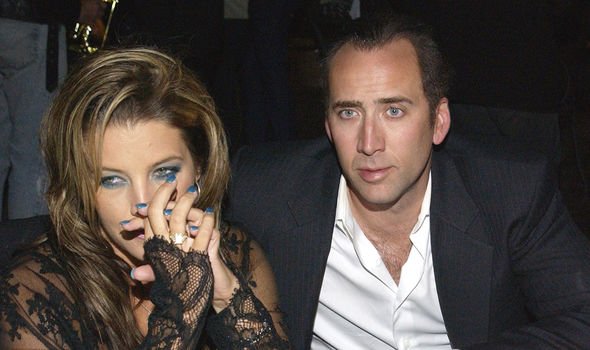 She said: “Similar situations, similar backgrounds. So we connected, we had a great connection.

“We were both a bit – we’re sort of these gypsy spirited, you know, tyrannical pirates.

“And one pirate marries another they will sink the ship basically is what it comes down to.”

For Lisa Marie, Nicolas’s obsession with her father was also a problem, and he based his character in Wild At Heart on Elvis. 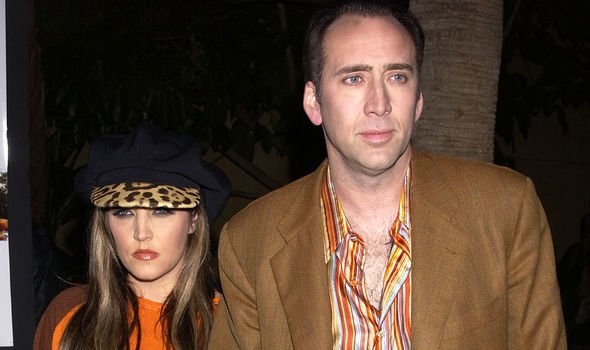 Lisa Marie added: “I was sitting outside because he was in the tabloids – there was all this Elvis fascination and Elvis obsession and I said, ‘I can’t believe they are actually pulling it off with you now too.’”

On May 16, 2004, the divorce between Lisa Marie Presley and Nicolas Cage was finalised.

After the divorce, Nicolas’s lawyer said the pair had parted “amicably” and Lisa Marie has referred to her former husband as a ‘friend.’

Previous to his marriage to Lisa Marie, Nicolas had also been around the block, having been married to Patricia Arquette from 1995 to 2001.

Nicolas’ marriage to Patricia was, reportedly, also shorter than a year.

According to Entertainment Weekly, he and Patricia married in 1995 but continued to act as a couple until he filed for divorce after five years of marriage.

In the divorce petition, the couple had been separated since January 10, 1996, suggesting they spent only nine months as a married couple in the conventional sense.

Lisa Marie went on to marry again to music producer Michael Lockwood, but they have been separated since 2016.

Nicolas has since married twice, with both marriages ending in divorce.