Danny Aiello appeared in the music video for Madonna‘s hit song “Papa Don’t Preach” because of his daughter, Stacey. Stacey came to hate the Queen of Pop. Aiello didn’t even like the video for “Papa Don’t Preach,” but that didn’t stop the song from having a massive impact on pop culture.

During the 1980s, Madonna’s music videos often had a lot of production value. Some of them even had storylines. For example, the video for “Papa Don’t Preach” is about a pregnant teenager who is initially at odds with her father. The father in the video is played by Aiello. According to HuffPost, Aiello only appeared in the video for one reason.

“You know, that came about in a very strange way,” Aiello said in 2017. “I had no idea who [Madonna] was, so I said to [daughter] Stacey in passing, ‘They want me to do this music video with this girl named Madonna.’ She said, ‘Dad, Dad, you have to.’ I went back and said I’ll do it if my daughter is permitted on the set taking pictures with Madonna.”

Stacey didn’t get what she wanted and she wasn’t happy. “Madonna sort of backed up and told her representative that I don’t do that,” Aiello recalled. “My daughter has hated her ever since … I’m a movie actor doing this piece of crap!”

The way the world reacted to ‘Papa Don’t Preach’

Although Aiello viewed the video for “Papa Don’t Preach” as a “piece of crap,” the song became a massive success. It lasted on the Billboard Hot 100 for 18 weeks, spending two weeks at the top of the chart. It was one of three No. 1 singles from Madonna’s album True Blue alongside “Live to Tell” and “Open Your Heart.” True Blue topped the Billboard 200, staying on the chart for 82 weeks. 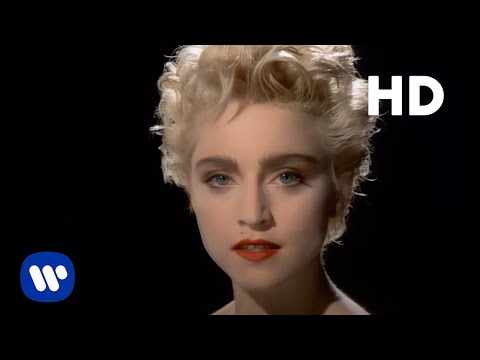 “Papa Don’t Preach” had an impact on popular culture beyond its time on the charts. For example, Kelly Osbourne released a hard rock rendition of the song on her album Shut Up. One of the criminals in Quentin Tarantino‘s Reservoir Dogs disparages “Papa Don’t Preach,” saying he lost interest in Madonna’s career around the time she released the track. “Weird Al” Yankovic incorporated elements of “Papa Don’t Preach” into his song “Polka Party!” “Papa Don’t Preach” even appeared in the Glee episode “Hairography.” While Aiello wasn’t a fan of the video, the song became a phenomenon.