One of the pleasures of seeing returning artists at a major festival is the opportunity to appreciate their creativity in different settings. In 2011, Billy Childs was the pianist for Chris Botti’s Melbourne International Jazz Festival concert – a concert I remember finding difficult to sit through, thanks to Botti’s incessant showboating.

But on this year's MIJF opening weekend, Childs brought his own quartet, putting the Los Angeles pianist’s bounteous gifts centre stage with no need for attention-seeking gimmicks. 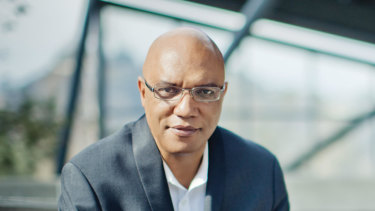 The richness of Childs' compositions and arrangements spoke for themselves: dazzlingly propulsive one moment, hushed and delicate the next. His superb band (including Australian expat Alex Boneham on bass) matched their leader’s effortless facility, skipping nimbly across the asymmetrical rhythms of Dance of Shiva and fizzing with ebullience on Rebirth.

There were two other return guests: pianist Vijay Iyer and vocalist Jose James. Iyer’s current trio (with bassist Stephan Crump and drummer Jeremy Dutton) offered an enthralling display of precision and power, expertly manipulating the dynamics of each piece to maintain an air of unpredictability. Solos were ingeniously constructed from fragments of melody, harmony or rhythm that the players examined from multiple angles, and knottily complex themes would swiftly coalesce into surging grooves.

James, last seen at the festival in 2016 with his Billie Holiday homage, appeared alongside singer Laura Mvula and the Melbourne Symphony Orchestra in Gershwin Reimagined, conducted by Troy Miller. I had expected this to be a rather demure affair, with the MSO providing an elegantly unobtrusive backdrop for the singers. But Miller’s masterful arrangements – intricately detailed and cinematic in scope – radically recast Gershwin’s classic songs.

Filled with beguiling textures and frequent shifts in rhythm, tempo and harmony, they were at times so removed from familiar versions that they might have been unrecognisable without the singers’ contributions. Somehow, James and Mvula managed to chart a clear course through each tune with velvety assurance as the orchestra swelled, soared and veered off on unexpected tangents. 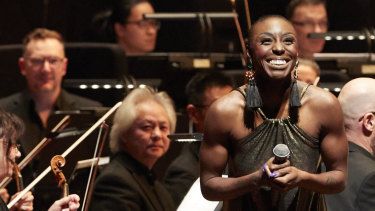 Young Melbourne saxophonist Josh Kelly premiered his ambitious new work Displacement. Commissioned by the festival and inspired by stories of migration, the suite was thoughtfully conceived and brilliantly executed. Bursts of chaotic freedom gave way to passages of melancholy introspection, highlighting the dark colours offered by chordless sextet (particularly the cello, bass and bass clarinet). There were several mesmerising solos, but the focus was more on sustaining the mood and narrative arc of the piece than on individual showmanship.

The same could be said of Origami Harvest, the work that US trumpeter Ambrose Akinmusire presented to an enthralled audience on Sunday night. A bold amalgam of forward-looking jazz, hip-hop and contemporary classical music, the suite unfolded with a brooding energy leavened by passages of shadowy beauty.

The final number, Free, White and 21, was a brief but potent piece dedicated to African-American victims of police brutality – an apt conclusion to a work that was as thought provoking as it was compelling.