My Morning Jacket will celebrate the 20th anniversary of their 1999 debut The Tennessee Fire with a new deluxe edition featuring previously unreleased music. The collection is available to pre-order ahead of its August 2nd release via Darla Records.

The collection will feature the original 16-track album, as well as a second 16-track bonus disc that boasts a variety of rarities, including several previously unreleased songs, demos and alternate versions of album cuts like “Heartbreakin’ Man” and “I Think I’m Going to Hell.” The deluxe edition will be released digitally, and as a double CD set and a triple LP vinyl set.

In a statement, My Morning Jacket frontman Jim James spoke about the album and recording it in a small studio situated in a barn in Shelbyville, Kentucky. “We tried to do as many fucked up things as we could that we loved and hoped folks would enjoy,” he said. “We laughed a lot and we cried some too, ha. We are so grateful and humble that people are still enjoying it so many years later, and we also really love playing these songs live still after all these years, ha ha ha.”

My Morning Jacket will also celebrate the 20th anniversary of The Tennessee Fire with a special one-night only show at the Capitol Theatre in Port Chester, New York, August 9th. The band will perform the album in its entirety, along with other songs from that era. 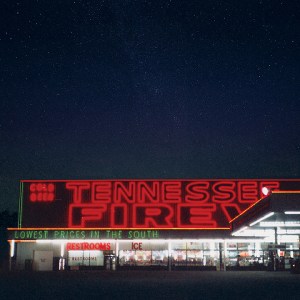 My Morning Jacket also have a pair of shows scheduled at Red Rocks Amphitheater in Morrison, Colorado, August 2nd and 3rd, while James will play a variety of headlining shows this summer and embark on a co-headlining run with the Claypool Lennon Delirium June 21st in Salt Lake City, Utah. My Morning Jacket guitarist Carl Broemel also has a string of shows scheduled for this July.