Nas has announced King’s Disease II, a “sequel” album to his Grammy-winning LP King’s Disease that he released last August. The new album will be released on August 6th at midnight EST via Mass Appeal Records.

The rapper shared the cover art for the album on Thursday but did not specify the tracklisting or collaborations to be featured on King’s Disease II. 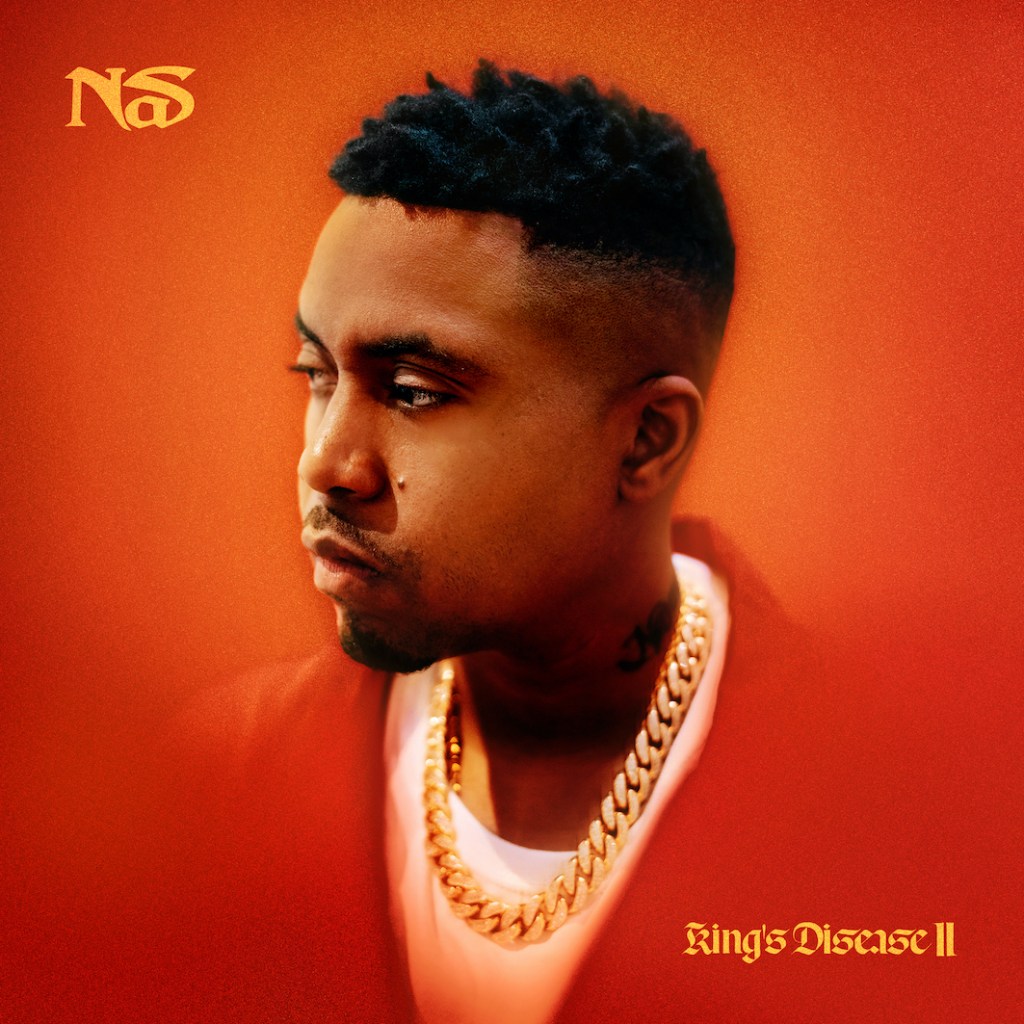 In March, Nas was awarded his first Best Rap Album award at the Grammys for King’s Disease. The album was entirely produced by Hit-Boy, with Gabriel “G Code” Zardes serving as co-executive producer. Additionally, Nas and Legacy Recordings released a 25th-anniversary edition of his landmark album It Was Written, featuring the original album tracklist along with bonus tracks “Silent Murder” and “Street Dreams” (with a bonus verse), which were previously unavailable on streaming.

In May, Nas was one of the rappers present to break ground on the site of the Universal Hip Hop Museum (UHHM), currently under construction in the South Bronx and scheduled to open in 2023. The project has been newly underway since the state of New York pledged to donate $3.7 million to the museum in late 2019. Public Enemy’s Chuck D will serve as the chairman of the museum’s celebrity board, joining UHHM’s chairman of the board Kurtis Blow; UHMM cultural ambassadors include Rakim, Big Daddy Kane, LL Cool J, Grandmaster Flash, and Fab Five Freddy.