Queen and Adam Lambert kicked off 2020 with a huge tour across Asia and Oceania. However, the pandemic saw Brian May, Roger Taylor and the singer reluctantly have to postpone their UK and European leg to 2021. Now the Queen guitarist has spoken out on missing performing as he looks ahead with hopes of entertaining fans next year.

Promoting the newly announced Queen and Adam Lambert live album, Live Around The World, the 73-year-old enthused on Instagram: “Gotta say I miss that moment of the huge adrenaline rush – as we head for the stage.

“Fingers crossed we will do it again next May.

“But in the meantime – we can all feel it vicariously with this LIVE AROUND THE WORLD album and DVD. 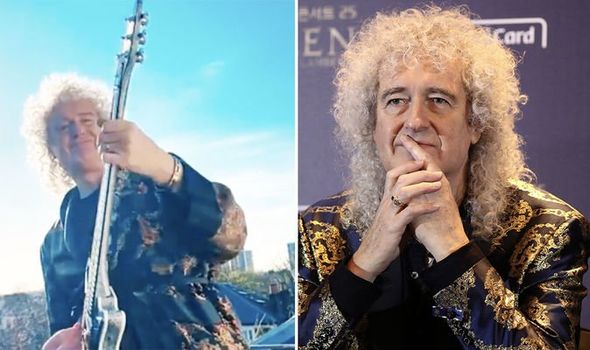 While earlier in the day, May wrote: “It’s been hard keeping this a secret !!!

“An immense amount of work has gone into this live compilation from our brilliant team.

“The tracks have been chosen from our shows literally all around the world over the last few years.

“And the vision and sound mixes perfected and blended to make a seamless one-off dream QAL show.” 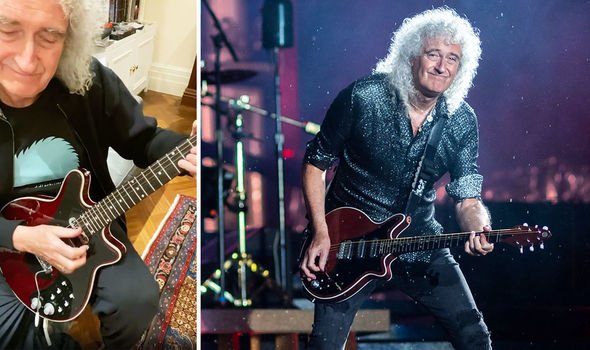 The Queen legend added: “I’m personally excited to see how this grabs you folks. It’s quite a trip.

“There are a lot of highlights, but for me the jewel in the crown is the final segment – which brings to the wide world for the first time COMPLETE our revisited LIVE AID set which we delivered in Sydney For the FIREFIGHT AUSTRALIA benefit concert early this year – just before the Pandemic hit us all.

“These are dreams of futures past.

“Visions of a live show world which may or may not ever be possible again. – Bri.”

On the upcoming live album, Roger Taylor said: “We hadn’t really watched those clips before, we were always too busy touring. We weren’t aware of how good the band sounded.

“So we thought, well, maybe there’s a live album of highlights of concerts that we’ve done over the last eight years with Adam Lambert to be made.”

While Adam Lambert added: “When we couldn’t tour this year we wanted to give the fans something in place of that, and a Live album just felt right.

“It’s the first time we have released an album together and we have had a lot of fun putting it together, picking out favourite performances over the past seven years.”

The Queen and Adam Lambert live album is released on October 2, 2020.

Fans can purchase the record on CD, CD/DVD, CD/Blu-ray and Vinyl.

The news follows their first charity single You Are The Champions, released during lockdown after being recorded remotely.

Queen and Adam Lambert: Live Around The World can be pre-ordered here.