Rocketman and me: my Caribbean life with Elton John

"Elton John’s recording in Paris with some of the guys from Toto," said the voice on the phone. "But there’s too many drugs there. They can’t work and so they're moving to Montserrat tomorrow. I’ve said I will only go if you can come too."

It was my husband Steve Crane. We were in our early 20s, New Zealanders who had arrived in London where the sole contact in his address book had yielded him a job as a technical engineer at Beatles’ producer Sir George Martin’s swanky AIR Studios – based high above London’s Oxford Circus with an offshoot in a remote volcanic island in the eastern Caribbean. Now we were rocketing to the centre of Elton's world; to the lifestyle and time encapsulated in the movie Rocketman. 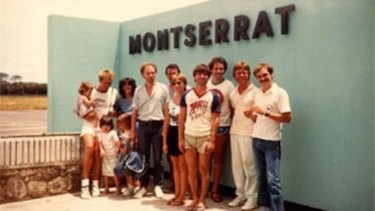 When I arrived in Montserrat, Elton and his extensive entourage were firmly in residence and the local staff were reeling after an epic post-dinner food fight where so much Remy Martin cognac had been thrown that it had stripped the varnish from the dining room floor.

One of the "maids" has been so distressed by the wasteful carnage that a contrite Elton had given her his embroidered Kenzo bomber jacket as an apology. It was indicative of the singer’s love of giving; Cartier watches were regularly bestowed on those in his inner circle.

Montserrat was a poor island with a population of about 12,000, primarily the descendants of slaves and Irish slave owners. Most of the locals lived in rough concrete block houses or colourful wooden huts,  with outdoor cooking facilities and sometimes no electricity. 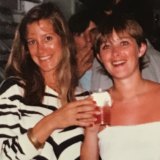 Shona Martyn, right, and Frane Lessac, now an internationally acclaimed picture book author based in Fremantle, hang out in Montserrat.

In contrast, the studio offered a relaxed beach house vibe with a state-of-the-art recording studio perched on a hilltop above a black sand beach. Band members could circumnavigate the island by Mini Moke in just 45 minutes, along winding roads flanked by bountiful breadfruit and mango trees, through small suburbs of "villas" owned by rich Canadians who were happy to rent to visiting rock stars.

Today AIR Studios Montserrat is a ruin. The studio and the island were devastated by Hurricane Hugo in 1989 and then by a series of volcanic eruptions of the Soufriere Hills in the mid-1990s. Much of the island is uninhabitable.

But for more than a decade, from 1977, the studio was a luxurious paparazzi-free escape for rock stars, including Elton, Paul McCartney, The Rolling Stones, Eric Clapton, Dire Straits, Ultravox and the Police, who saw the value of work in isolation and anonymity. Under the Volcano, a documentary on the allure of the studio by Western Australian producer Cody Greenwood and Sydney director Gracie Otto, is currently in the early stages of production.

I lived at the studio for about a year, which encompassed three months with Elton over two  albums – Jump Up!, recorded in September 1981 and return-to-form Too Low for Zero,  a year later, with the hits I’m Still Standing and I Guess That’s Why They Call It the Blues. 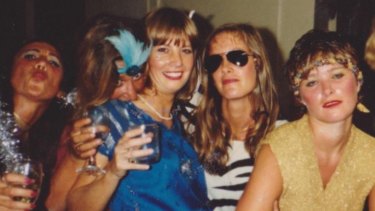 Shona Martyn, right, with her spoof band The Untouchables, at the Agouti nightclub, in Montserrat in 1982.

Today you would say I was a WAG, hanging out by the pool with the band and the crew. Reading or ordering yet "another Pina Colada, please Desmond". Or a Planter’s Punch or Mango Daiquiri. The whirr of the blender challenged the constant nightly chirrup of tiny tree frogs. 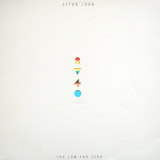 When Elton was at the studio there were plenty of people to hang out with – his long-time songwriter Bernie Taupin; his manager, the stroppy blue-mascara-wearing Scotsman John Reid; his personal assistant Bob Halley (later cited as one of the reasons for Elton’s estrangement from his mother Sheila); uber producer Chris Thomas and legendary engineer Bill Price; Elton’s chosen musicians, across the albums James Newton Howard (now famous for composing movie scores), Jeff Porcaro, Dee Murray, Richie Zito, Davey Johnstone and Nigel Olsson.

The Air Studios team included Steve’s highly conscientious colleague Renate Blauel, the "tape op" or assistant engineer, who would work through dinner and later surprised by marrying Elton. Not to mention an assortment of partners and lovers. 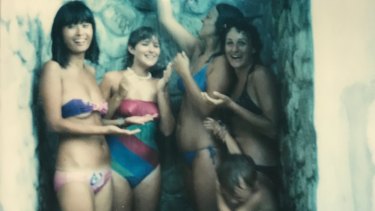 Shona Martyn, second from left, relaxes with other partners during an Elton John session on Montserrat.

Elton’s personable Australian boyfriend, Gary Clarke, sometimes came to dinner in a Death in Venice-style sailor suit, a gift from the singer. But then Elton had a tantrum and shut himself in a bathroom having decided, we were told, that Clarke was more popular than him. The young man was dispatched back to London on the next plane – but apparently Elton had bought him a car! A replacement Gary was flown in minus a sailor suit but skilled at acrobatics.

Elton had been extremely famous for more than a decade; his mega-hit double album Goodbye Yellow Brick Road had been recorded in 1973 when I was still at school. And he acted like a star. Although fun and welcoming, as he has subsequently revealed, he was prone to fragility and moods which could hang over a day's recording.

He had a surprising lack of self-confidence, openly worrying about his weight, his hair loss, his work, his friends. His inner circle, John Reid and Bob Halley, had the role of keeping him psychologically buoyant. But inevitably there was a sense that Elton was a cash cow; if he wasn't happy the merry-go-round would stop. 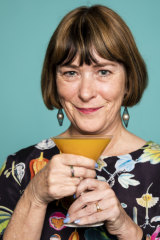 In the studio, Elton was a man of impressive routine. He would start each day with a shuffle through a sheaf of  lyrics written by Taupin or Gary Osborne, pick one that took his fancy and then start composing the music on the grand piano. Within a few hours the song would be completed and he was ready for the band (who'd  been on standby lounging by the pool or playing table tennis). Then it was non-stop recording until dinner – a lavish three course buffet featuring local delicacies such as callaloo soup, breadfruit, goat water, "mountain chicken" (giant frogs’ legs) and christophene, an exotic local name for chokos.

After dinner, it was time for the entourage to do its bit, trooping to the control room to listen to multiple "playbacks" of the day’s recording which, not surprisingly with musicians and a production team of this calibre, was already extraordinarily polished. Our unwritten responsibility: to dance, sway and generally enthuse to reassure the anxious Elton.

Listening to I'm Still Standing for the first time on one of those long, hot nights, it seemed entirely possible that Elton's demons would overcome his brilliant creativity. Decades on, he has become the true survivor of his song. It was a privilege to be there.

Shona Martyn is the editor of Spectrum in The Sydney Morning Herald.