A few years ago Sticky was in between catching a couple of feisty, fired up rock bands at annual music event Bigsound in Brisbane when Thelma Plum's performance fell sweetly between shows. Unlike those other bands, Plum's voice, professionalism and passion were hard to forget that night, or indeed since.

Around the same time she would have been embarking on the early stages of work for her much anticipated debut album Better in Blak, which will be released July 12 ahead of an August tour that will take her around the country. Releasing her 2014 EP Rosie prior to signing with Warner and then releasing follow-up EP Monsters, Plum has since collaborated with Golden Features on the track No One and with AB Original on ICU. Her debut album on the Warner label has collaborations with Paul Kelly and Gang of Youths' Dave Le'Aupepe. 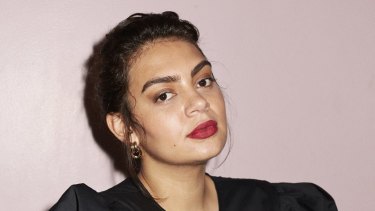 The album's 12 tracks, including last year's #79 in Triple J's Hottest 100, Clumsy Love, were recorded across London, New York and Sydney and this week a video clip for the title track, directed by Claudia Sangiorgi Dallimore, was released featuring "Indigenous women that I have looked up to for a long time," according to Plum.

"This album reflects some pretty dark times in my life," she also said, "but these songs kind of helped pull me out of it, it's cathartic in a weird way. I'm excited for people to hear these songs … there's some funny stuff on there too, it's not all gloom and doom." Tickets for Thelma Plum's national tour are now on sale and Better In Blak is now available to pre-order.

album of the week
Justin Townes Earle
The Saint of Lost Causes
(New West)
★★★★
Fortunately for local fans this 37-year-old singer, songwriter and guitarist has become a frequent visitor here in recent years. He's returning in August for an extensive tour, bringing a swag of new songs from his ninth, and arguably best album since 2007. Featuring superb fellow musicians, including bass player and longtime co-producer Adam Bednarik, these songs range from the deeply personal to the political, as JTE casts an eye across current day America and speaks from the viewpoint of those he's come across. The Nashville native has delivered a heartfelt and genuinely spirited album.