The creators of Netflix’s The Crown have paid tribute to Prince Philip following his death today, aged 99.

A statement written by creator and writer Peter Morgan was released today which read: "Netflix, Left Bank Pictures, Sony Pictures Television and the production team on The Crown are deeply saddened to hear of the death of The Duke of Edinburgh.

"Our thoughts are with the Royal Family at this sad time."

Prince Philip was initially portrayed on-screen by Doctor Who actor Matt Smith across from Claire Foy, before the role was taken over by Tobias Menzies as he aged throughout the beloved royal drama series.

Tobias's Philip was matched with Olivia Colman's depiction of the Queen.

Oscar nominated actor Jonathan Pryce is set to take over the role for the fifth and sixth series of The Crown, which will be the final series.

He'll appear alongside Imelda Staunton as the Queen.

The Netflix show first premiered in 2016 and has attracted a fair amount of controversy since its conception.

It hasn't always presented the Duke of Edinburgh in a flattering light, even going as far as to imply he was connected to the 1963 Profumo affair – one of the biggest scandals in UK government history.

It depicted him attending sex parties away from Buckingham Palace for several nights.

However, the Palace has always denied Prince Philip's involvement in the scandal and said there is no direct evidence to involve him.

The show prized Philip's passion for space travel and followed his touching relationship with Queen Elizabeth as they grew closer.

Matt Smith discussed playing the role and stepping into the Prince’s shoes in 2017, telling The Independent: "When you delve into Philip, and you study him, he’s a very interesting, funny and intelligent man… he’s lived through great tragedy.

"He was essentially orphaned, sent away to live with his uncle. He’s had quite a tough early life." 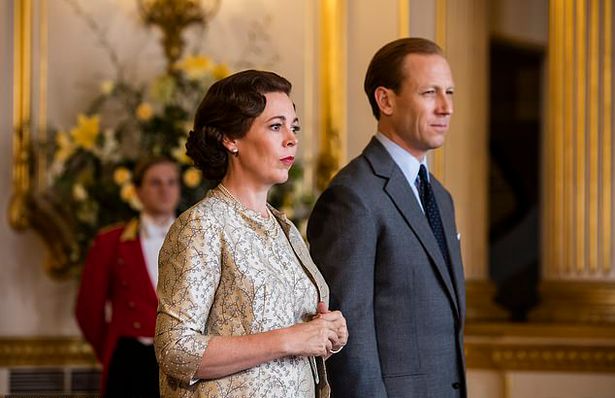 He added that there was a "sort of rebellion in him", a "naughtiness", adding that Palace staff all "love" the Duke of Edinburgh.

He added that Philip was "complex", with "an element of frustration and irritability", adding that he "gained respect" for the monarchy while filming the series.

Buckingham Palace made the announcement today that Prince Philip had died just two months before he would have turned 100.

The Palace released a statement which said: "It is with deep sorrow that Her Majesty The Queen announces the death of her beloved husband.

"The Royal Family join with people around the world in morning his loss."

Among his lasting legacy will be the Duke of Edinburgh awards for school children, inspiring them to head out into the countryside and take volunteering opportunities.

The awards programme was founded in 1956 by Prince Philip.

TV schedules have been shaken up by the devastating news, with This Morning taken off the air and shows including The One Show, Emmerdale and Coronation Street neglecting to air later on Friday.

Instead, programmes commemorating the Duke's life will be shown in their places.

This is a breaking news story and is constantly being updated.