Evan Dando from The Lemonheads treated Walgreens staff from Falmouth, Massachusetts to an unplugged version of “Confetti” after they found his lost wallet.

The missing wallet caper began on Twitter when Dando tweeted that he lost his wallet on Cape Cod. “I dropped my wallet with my drivers license and two debit cards in it,” he shared in late Feb. “I was walking from the Mariner hotel to the Palmer lot.” Dando lives on Martha’s Vineyard and the hotel and parking lot are located near the ferry to the island in Woods Hole. 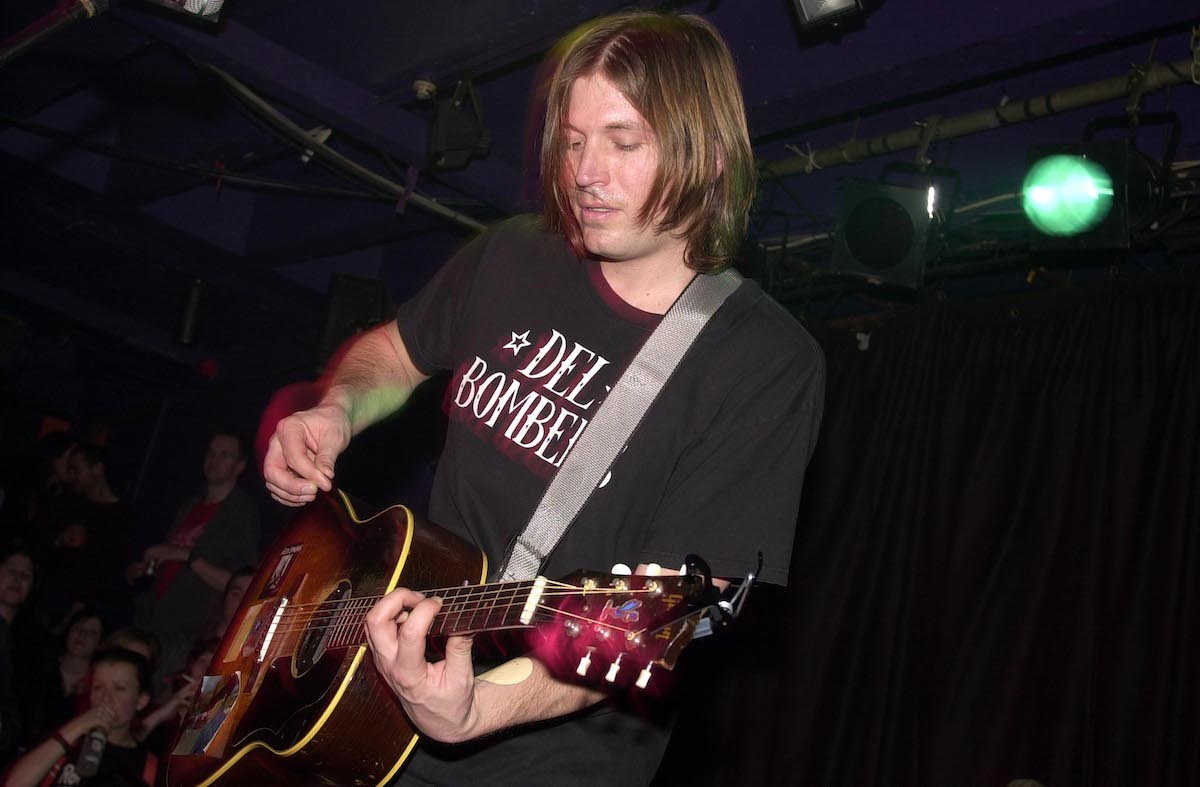 Dando added to his tweet, “Please have a look if you are on them streets.” Thankfully it didn’t take long for someone to reply to Dando’s tweet. “I work at Walgreens in Falmouth and your wallet was just turned in to us. I’ll keep it in the office safe until you can get it,” Walgreens employee, Mike Ghelfi replied on the thread.

Another employeed added, “Evan, Your wallet is at Walgreens Falmouth. My wife is the store manager. Don’t worry, it’s as safe as if it was in the bank.”

Fans were here for the exchange. “I was curious what was going to come of this tweet? What a great Twitter success story!” one person added to the thread. Others simply applauded the employee who responded to the tweet. “Good job Mike!!”

A grateful Evan Dando showed up at Walgreens to retrieve the lost wallet and offered to play the iconic 1992 tune for staff as a way of saying “thank you.”

Indeed, the gesture was well received and Ghelfi shared the song on the Twitterverse. “Just had a special guest appearance at Walgreens by artist @Evan_Dando (lead singer of the group the Lemonheads). Thank you Evan, you sounded great as always!” he tweeted along with a video.

Fans ate up the performance, reflecting on simpler times. “I would go to my Walgreens on a regular basis if Evan was playing there! Great song from a great album. In my band in college we covered, Hannah and Gabi and My Drug Buddy. Such fantastic memories,” one person shared.

Others had marketing ideas for Dando with one suggesting his appearances could fuel the vaccine effort. “It’s about time for a Walgreen’s Presents a Tour of Evan Dando – he tours various Walgreens, telling people to wear their masks, get vaccinated and then plays a bad Danzig cover!” someone suggested.

Overall, the encounter was the “feel good” story fans needed. “He lost [his] wallet and someone turned it in there. Sounds like a fabulous way to say thanks,” a fan wrote. And while fans got a very small taste of Dando’s music, he hopes to get back on the road again soon. “For real bummed maybe we can reschedule some gigs .. they were to happen last summer,” Dando tweeted during an exchange with rocker Liz Phair.