Jesy Nelson seems to be gearing up for the launch of her solo career with an upcoming single — and she’s already got people talking for various reasons. The British singer first rose to fame as one-fourth of British girl group Little Mix and has since announced she will be embarking on a music career of her own. While Nelson enjoyed a lot of success with Little Mix, she decided to put her mental health first and separate herself from the group.

As previously reported by Nicki Swift, she informed fans she had left Little Mix in December 2020 in a now-deleted Instagram post. “The truth is recently being in the band has taken a toll on my mental health,” Nelson wrote, adding, “I find the constant pressure of being in a girl group and living up to expectations really hard. There comes a time in life when we need to reinvest in taking care of ourselves rather than focussing on making other people happy, and I feel like now is the time to begin that process.”

Nelson noted that she didn’t know what the future held for her at that point in her career and on Twitter was wished well by the remaining three members of the group — Perrie Edwards, Jade Thirlwall, and Leigh-Anne Pinnock. In May 2021, she signed a record deal deal with British label Polydor Records, but the Daily Mail recently revealed that Nelson signed a U.S. deal with Republic Records. Since then, she’s been teasing her upcoming music. 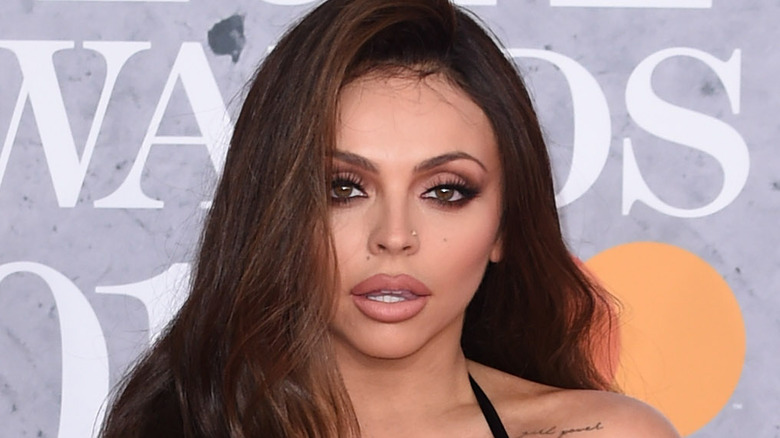 On August 17, Jesy Nelson Instagrammed a snapshot of a Polaroid. The “Shout Out To My Ex” hitmaker was captured wearing a matching British flag-print bikini with a headscarf, long white socks, and sneakers of the same color. Nelson was surrounded by men who were holding fitness equipment. Written on the polaroid in white ink read “Boyz ’21.” As of this writing, Nelson only follows two accounts on Instagram — rappers Diddy and Nicki Minaj.

As seen on the Daily Mail, Nelson was captured shooting a music video with a group of dancers. Even though the audio isn’t super clear, it has been said that her first single, which is set to be titled “Boyz,” will sample Diddy’s iconic “Bad Boys For Life,” per The Sun. While a collaboration hasn’t been confirmed, there’s also been speculation whether Nicki Minaj will be featuring on the track, the outlet noted.

On August 19, Little Mix will celebrate 10 years of being together and have announced on Twitter they will be releasing a new single — meaning that Nelson could have a chart battle with her former bandmates if she decides to release the same week. “They started those discussions while Jesy was still in the group,” an inside source told Music News, adding, “It is unfortunate and quite awkward for them all that it will be coming out around the same time as Jesy’s music. But there is nothing they can do, really.”

Jesy Nelson has been accused of 'blackfishing' 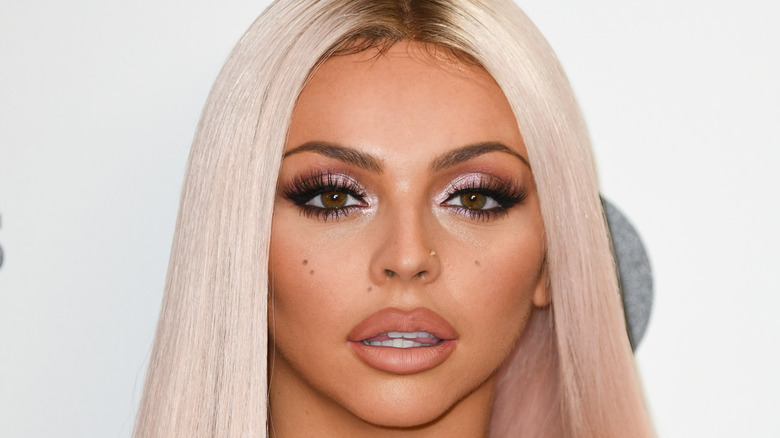 Since signing her record deal in May, Jesy Nelson had remained fairly quiet — until August. On August 12, days before she teased her single, Nelson shared a video to Instagram, captioned “The next chapter…”. In the clip, Nelson stated that the music she will release is the material “she’s always wanted to make,” adding that she doesn’t think “anyone is going to expect this.” The video showcased Nelson in different scenes, some of which looked like she was on a set of photoshoots, music videos, and recording in the studio. Nelson rocked streetwear and a grill in her mouth throughout various clips.

In the span of six days, the video was watched more than 1.3 million times and many fans were excited about the announcement. However, Nelson was also accused of “blackfishing,” which is when “white public figures, influencers and the like do everything in their power to appear Black,” Wanna Thompson, who first noticed the trend, told CNN — an act that many view as cultural appropriation. “Major blackfishing in the Jesy Nelson promo,” one user tweeted. “At first glance, you’d think this was a Black woman wouldn’t you… well… it’s Jesy Nelson. A white woman who’s been repeatedly called out for blackfishing. Instead of taking it on board, she goes and releases promo using THIS image!,” another person shared. “Not Jesy Nelson blackfishing for the 100th timeee,” remarked a third person.

Nelson has yet to respond to the backlash.