What Caused Paul McCartney's Meltdown During the 'White Album' Sessions

Looking back on the very eventful late Beatles years, Paul McCartney used to refer to The White Album by a nickname. Paul would call it “the tension album,” a reference to the many troubles the band had during the recording sessions.

Judging by the stories, it doesn’t sound like Paul was exaggerating. After all, those sessions included the time Paul nearly fought John Lennon after John went on a bender. They also included an out-of-character confrontation between Paul and Beatles producer George Martin.

Before the White Album hit the presses, The Beatles also found themselves working without longtime engineer Geoff Emerick. Following one of the these blow-ups involving Paul, Emerick actually quit working with the band on account of the stress.

As it turned out, most of the fallout revolved around the endless takes it took to record Paul’s “Ob-La-Di, Ob-La-Da.” Here’s what caused Paul to lose his cool on multiple occasions while laying down a lighthearted — some would say forgettable — Beatles track.

Paul was frustrated after days of trying his song — and possibly out to provoke John. 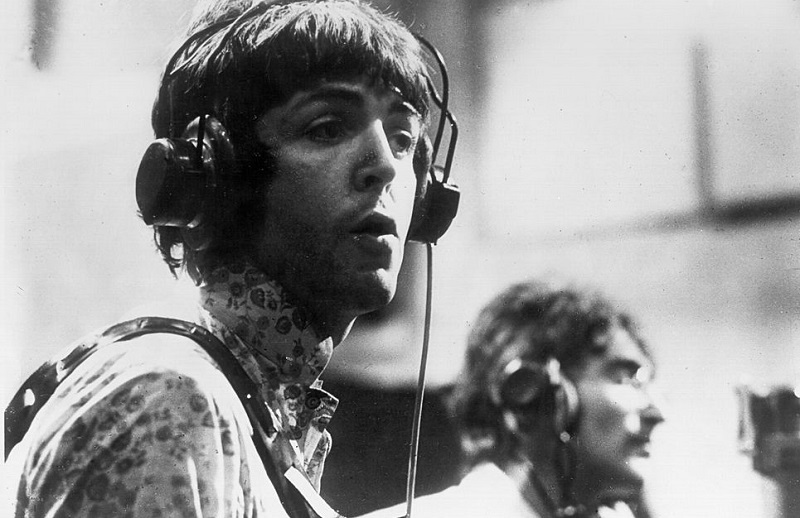 Reading about the recording of “Ob-La-Di, Ob-La-Da,” you get sense of the miserable experience that was had by all. Emerick, who’d recorded the Beatles’ breakthrough albums in the previous years, reported frustration on all sides. The tale turned up in his book, Here, There and Everywhere.

“It started going on and on, dragging out over three nights,” Emerick wrote. “Paul wasn’t happy with the rhythm of the track or with the way his vocal lay. [E]ven Paul didn’t quite know how to lock it in rhythmically, and so he was getting pretty frustrated with himself.”

As for the rest of the band, the “Life goes on!” anthem quickly fell out of favor. John was driven nuts by the recording process of what he called Paul’s “granny music,” and Emerick thought Paul might have gone into perfectionist mode to push John’s buttons.

“Maybe he did that just to annoy John, just to teach him a lesson,” Emerick wrote. After more and more and do-overs, John made a dramatic exit before returning completely hammered by drugs and alcohol. Somehow, the two managed to not hurt each other that day. But still it continued.

After George Martin and Paul went at each other, the Beatles lost their engineer. 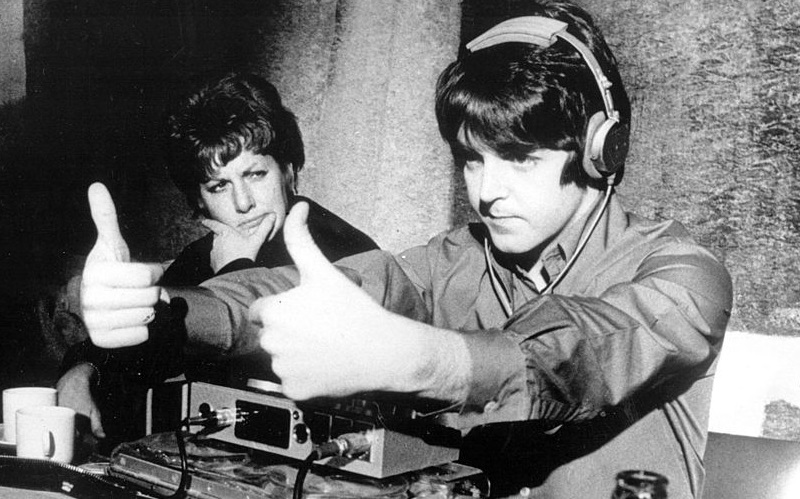 Even after the blow-up with Paul and the scrapping of a horn section George Martin had arranged and recorded, Paul was still fiddling with the song. The following week, Paul decided to try out a new vocal style — much to the horror of all concerned.

At that point, the famously aristocratic Martin made a polite but firm suggestion about Paul’s vocal. Paul completely blew up. “If you think you can do it better, why don’t you f*cking come down here and sing it yourself?” he told Martin.

If everyone in the studio wasn’t shocked enough already, Martin did them one better. “Then bloody sing it again!” he yelled at Paul. According to Kenneth Womack, that was the moment Emerick decided he was done with The Beatles. He handed in his resignation the following day.

Somehow, The Beatles made it to the end of that album, but it wasn’t without more fireworks. Ringo walked out on everyone the following month, believing he’d quit the band. Though he returned after a few weeks, everyone began counting down to the breakup that would come soon.

See also: Why Ringo Walked Out on The Beatles During the ‘White Album’ Sessions