What’s Really Going On With Nelly And His Girlfriend Shantel Jackson?

Rapper Nelly has been a longtime name in the music industry. The “Hot in Herre” performer has sometimes caused fans to ask where he went due to occasional droughts in music production. He did, however, make an unexpected resurgence in the country music scene, which was met with resounding success. Thanks to this genre-bending collaboration, Nelly developed a close relationship with country music icon Tim McGraw; in fact, Nelly got McGraw to rap in the studio, so it looks like everyone was getting out of their comfort zones! That would be a sight to behold.

But it wasn’t just McGraw who got Nelly into cowboy boots, metaphorically speaking. The rapper has since collaborated with Florida Georgia Line and with Thomas Rhett for the song “Die a Happy Man.” Apart from his musical résumé, Nelly is known for his long-term relationship with girlfriend Shantel Jackson. The couple has some surprising news. Here’s what’s going on.

Nelly and Shantel Jackson have split 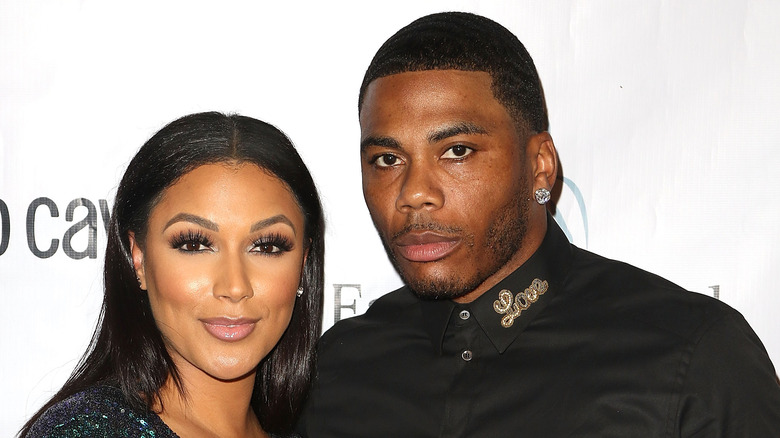 Shantel Jackson broke the news of her split from rapper Nelly on Instagram. According to People, Jackson was answering fan questions in the comment section on Instagram, and when someone asked if she and Nelly were still together, she responded, “No we’re not… just friends.”

The duo has been together since 2014, per the outlet. In an earlier interview with People, Nelly explained the secret to their connection. “Friends first. Being friends helps any relationship,” he said. In fact, in 2020, Nelly elaborated on his relationship in a video for “Dancing With the Stars” when he was on the show (via ET). “I would not want my life to not have Shantel in it,” Nelly said. “We’ve been seeing each other for five or six years. Any time you can connect with somebody like that, it works out for the long run. She’s sweet, beautiful, and the more we got to know each other, she’s just as beautiful inside.”

Nelly told ET of Jackson, “We have so much in common.” He continued, “She grew up in the inner city, she knows what it’s like to go through certain things in life when you grow up in the inner city.” While it looked like they were a great fit, it also looks like things have run their course.