Why Should I Watch: Sandra Oh! Do you need another reason beyond Sandra Oh? Of course not, but perhaps you’re curious to know how much of the “Grey’s Anatomy” and “Killing Eve” star you’ll be getting. “The Chair” consists of six, half-hour episodes, all of which star Oh as Dr. Ji-Yoon Kim, the new Chair of the English department at a prestigious (fictional) university tarnished by scandal. A professor (Jay Duplass) has been accused of improper behavior, and the investigation is made all the more complicated by a) his well-liked status within the community, and b) his possible relationship with Dr. Kim. Has she been promoted to guide the university into a new era, or is she the scapegoat to help the old guard escape any blame for their current predicament?

Bonus Reason: Amanda Peet! No, the “Brockmire” and “Togetherness” star isn’t acting opposite Oh in “The Chair” — she’s the writer, showrunner, and executive producer. All three jobs are firsts for Peet, and she’s assembled quite a team for her debut(s), including Oh and Duplass, but behind-the-camera as well.

TV fans and “Game of Thrones” obsessives, in particular, likely know Peet is married to David Benioff, who along with D.B. Weiss, struck a rich overall deal with Netflix in 2019; “The Chair” is the duo’s first original series to come out of that deal, as both “GoT” helmers serve as executive producers for the new show.

And it’s also worth mentioning: Oh is also an EP, making “The Chair” her first starring and producing project since “Killing Eve” — time to get excited? 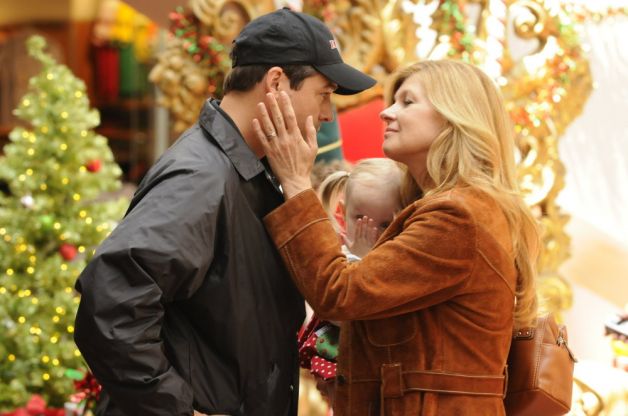 Bonus Reason: I just gave you three reasons! Four, if you count mentioning the name “Tim Riggins,” which absolutely should be counted. How many more do you need? It’s the best television series of all-time, get on it!

Why Should I Watch: Because it’s been a week, huh? 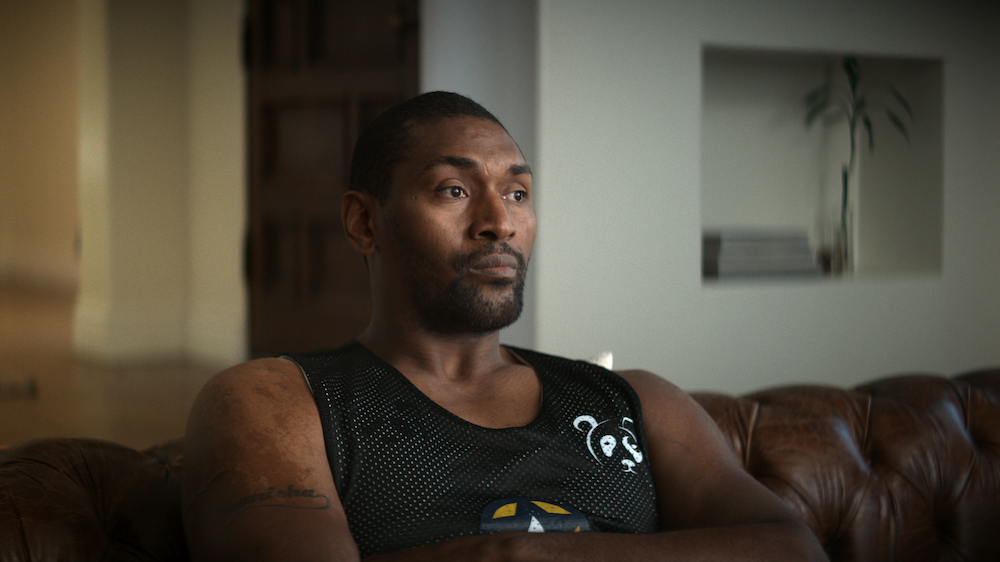 Ron Artest in “Untold: Malice at the Palace”

Why Should I Watch: From Chapman and MacLain Way, the Emmy-winning creators of “Wild Wild Country,” comes a new sports documentary series consisting of five separate films on five distinct topics. The first, premiering August 10, is titled “Untold: Malice at the Palace,” and director Floyd Russ dives into what went unsaid before, during, and after the infamous brawl in Detroit between players and fans during a 2004 NBA game; next up is “Deal with the Devil,” directed by Laura Brownson and covering Christy Martin’s turbulent boxing career; then there’s “Caitlyn Jenner,” Crystal Moselle’s look at how the fame tied to the world’s greatest athlete deterred the titular subject from embracing her own identity; and in the final two installments, the Way brothers step behind the camera (they’re executive producers on the whole series) for “Crime and Penalties” (out August 31) and “Breaking Point” (September 7) — the former examining what happens when a “trash magnate with mafia ties buys a minor league hockey team” and the latter a profile of Mardy Fish’s tennis career.

Bonus Reason: Aside from the weekly release schedule — you gotta love a weekly release! — “Untold” promises to share stories you haven’t heard before, “even if you think you have.” With that lineup of subjects and this creative team, there’s no question it’ll be worth checking in every week to see what’s next. 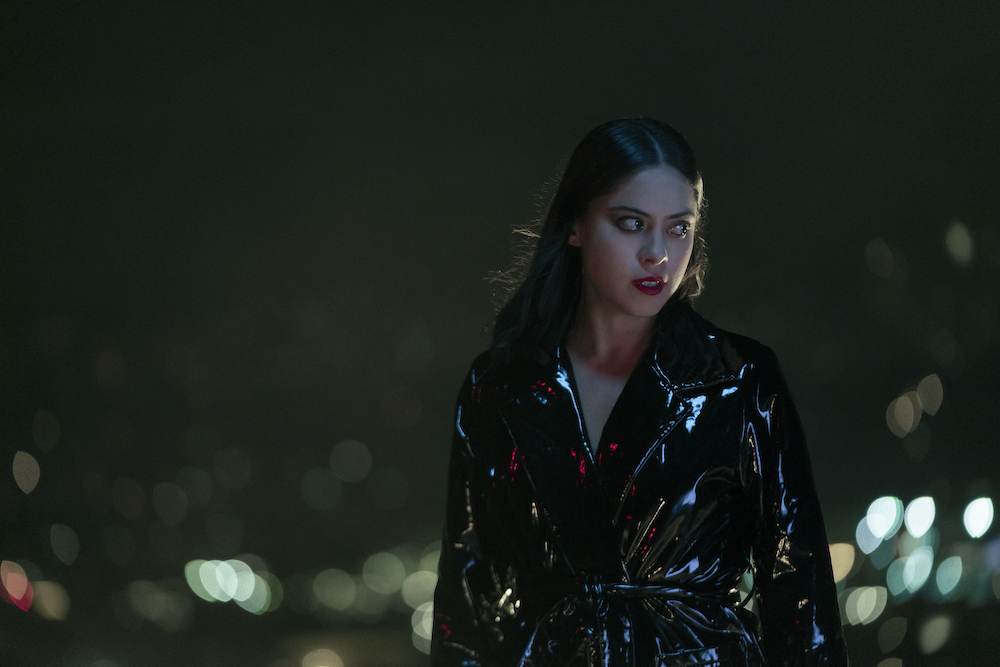 Why Should I Watch: For one, the cast is on point: Rosa Salazar stars as Lisa N. Nova, an aspiring film director who arrives in Los Angeles dead-set on helming her first picture. Things get very weird from there, as an unexpected betrayal turns her dream project into a nightmare. Somehow, Catherine Keener, Eric Lange, and Manny Jacinto are all involved, in what looks like a surreal noir not far removed from David Lynch territory.

Bonus Reason: “Brand New Cherry Flavor” stems from Nick Antosca and Lenore Zion, who serve as executive producers, showrunners, and writers on all eight episodes. Antosca, a former “Hannibal” writer, hit it big with 2019’s Hulu limited series “The Act,” while Zion is a writer/producer on “Billions” and “Good Behavior” — those solid credits aside, the two are best known together for working on “Channel Zero,” a SyFy original series and IndieWire horror favorite from the last half-decade or so. This self-contained follow-up should have genre fans eager to see what Antosca and Zion have cooked up for them.

Why Should I Watch: Once you’ve finished “Friday Night Lights” for the 18th time, you’re bound to be jonesing for a little more Taylor Kitsch — and Netflix has you covered. First released in 2020 on Canal+ (and other international services), “The Defeated” (originally titled “Shadowplay”) follows Max McLaughlin (Taylor Kitsch), an American cop circa 1946 who travels to Berlin in search of his missing brother. While there, he helps a German policeman (Nina Hoss) protect the city and its citizens from a post-WWII uptick in crime that threatens to engulf the city.

Bonus Reason: While Kitsch is the obvious draw for anyone who’s rooted for and against the East Dillon Panthers, “The Defeated” features a pretty stacked cast for an import released with very little fanfare from Netflix: Hoss, as the aforementioned local law enforcement member, is the powerhouse from “Phoenix” (2014), “A Most Wanted Man” (2014), and three seasons of “Homeland” (starting in 2014); “Dexter’s” Michael C. Hall co-stars as a U.S. consulate; and Logan-Marshall Green follows up “The O.C.” and “Prometheus” with a turn as Kitsch’s lost brother. No matter why you tune in, you’re bound to find another welcome face during “The Defeated.”

Why Should I Watch: A five-part limited series, “Gone for Good” is the latest adaptation of a Harlan Coben novel to hit Netflix following 2018’s wild mystery, “Safe” (hey, there’s Michael C. Hall again), two more in 2020 — “The Stranger” and “The Woods” — and April’s “The Innocent.” While mysteries with imminent (and hopefully satisfying) endings are an enticing product for any TV network, Netflix’s rapid acquisition of Coben’s stories is a far more telling metric for success than any of the shady viewing statistics released every quarter; that doesn’t mean they’re all good, but it does mean they’re feeding a fanbase — and they will for a while, considering two more adaptations are in the works following “Gone for Good”: “Hold Tight” (a Polish-language original series) and “Stay Close” (British) are both on the way.

Bonus Reason: OK, OK. Enough with what’s next, let’s talk about what’s now: “Gone for Good” focuses on Guillaume Lucchesi, a 30-something fellow who’s suffered a lifetime of hardship: Guillaume thought he’d moved on from a 10-year-old tragedy that took the lives of his first love, Sonia, and his brother, Fred. But when his mother dies, his new partner, Judith, disappears at her funeral, and Guillaume has to delve deep into the past to avoid losing yet another loved one in the present. This one sounds a bit sad (even for Coben), but at five episodes, at least it’s not a lengthy investment to find out the truth.

The Rest of Incoming TV