Why Should I Watch? The beginning of the end starts with a premiere episode titled… “The Beginning of the End.” Jason Bateman’s breakthrough dramatic turn — as Marty Byrde, an accountant-turned-money-launderer who flees to the middle of Missouri with his family to make big profits for his cartel lord clients — will come to a close in 2022 via a supersized final season. Part 1 premieres January 21 with eight episodes, before the last eight entries debut at a later date. By now, you know if you’re onboard with the dark crime saga, and if you don’t, knowing the end is right around the corner should be reason enough to get going. Just take your time. Unlike the Byrdes, who were last seen in the bloody embrace of their unpredictable boss, you’ve got a bit of breathing room.

Bonus Reason: Laura Linney. Everyone who’s seen the three-time Oscar nominee in action knows what she’s capable of, but too many of her brilliant projects still feel underappreciated — like “The Savages” and “You Can Count on Me” — or her role in lasting hits isn’t what’s typically discussed (like “The Truman Show” or “Mystic River”). “Ozark” seems to be maximizing our Linney appreciation, as the well-seen series has put plenty of focus on her work as Wendy. One can only hope the final season will continue to drive fans back through her sterling catalog — and provide further opportunities for Linney to strut her stuff in years to come.

For more Netflix original series to be excited about, be sure to read our full 2022 TV preview.

2. “The Woman in the House Across the Street from the Girl in the Window” (available January 28)

Why Should I Watch? Anyone who sat through the inexplicable disaster that was Netflix’s “The Woman in the Window” knows the genre has been begging for a satirical take(down). Psychological thrillers starring unstable narrators have seen their fare share of hits since “Gone Girl,” and — as the lengthy title above implies — they’ve started to follow enough of a pattern that it’s time someone took the air out of those big, single-occupancy homes. Enter Kristen Bell. As Anna, Bell plays a heartbroken homebody who wiles the days away with big glasses of wine and more than a passing curiosity in her neighbors. One such friend from across the way is a handsome father of one, who starts to pull Anna out of her doldrums. But then… a murder? Did she really see what she thought she saw? Is she just drunk and crazy like everyone says? Or is someone in danger — maybe even herself? From executive producer Will Ferrell and creators Rachel Ramras, Hugh Davidson, and Larry Dorf, “The Woman in the House” promises to be a dark comedy that will keep you guessing to the very end — and chuckling into your wine glass throughout.

Bonus Reason: The rest of the cast includes Tom Riley (as the handsome neighbor), Samsara Yett (as his daughter), Mary Holland, Michael Ealy, and Cameron Britton — who David Fincher fans will remember as Edmund Kemper from the first two seasons of “Mindhunter.” Given the director’s 2014 thriller helped start the craze that this limited series is spoofing, there’s a nice kind of closure provided by Britton’s presence. That, and he’s just a really good actor. Glad to see him in anything, really.

Why Should I Watch? Following rave reviews after its January 2020 premiere, “Cheer” is back with a surprise second season this month. The docuseries follows a collegiate cheerleading squad based in Corsicana, Texas, named the Navarro College Bulldogs, but episodes incorporate big picture developments across the sport, its history, as well as spotlights on individual members of the team. In Season 2, the Navarro unit will face plenty of off-the-field challenges — from pandemic problems to a criminal accusation levied against one of its own — but director Greg Whiteley also expands the series’ perspective to include a rival team: Trinity Valley Community College. With all that ground to cover, there’s no way these nine new episodes are going to be lacking in drama.

Bonus Reason: “Cheer” comes from the teams behind “Last Chance U,” a sports docuseries franchise that’s already produced multiple strong seasons on football and basketball. One Potato Productions and Boardwalk Pictures have established themselves as experts in the form, which should help reassure anyone worried about “Cheer” successfully expanding beyond its first season. This group knows what they’re doing. 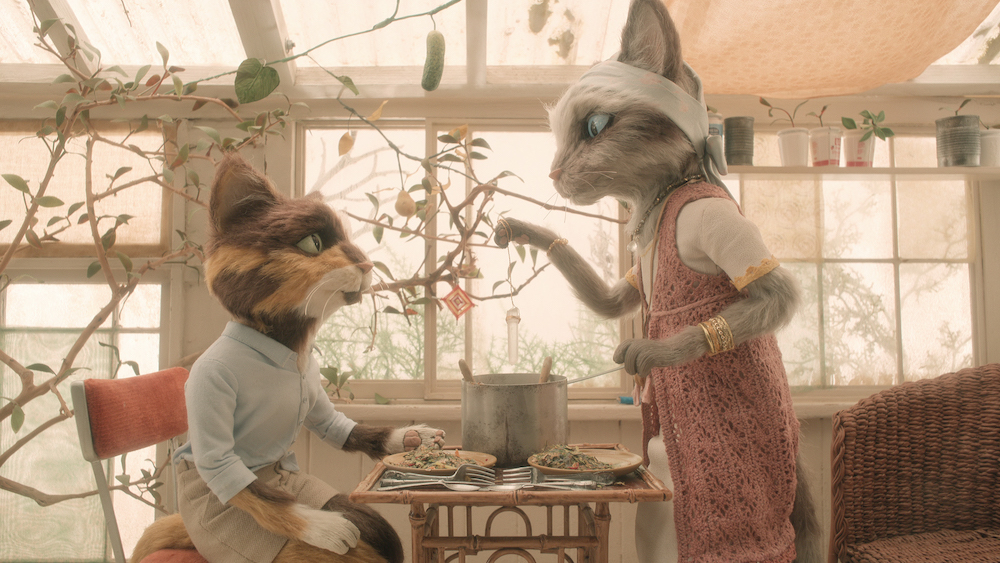 Susan Wokoma and Helena Bonham Carter in “The House”

Why Should I Watch? A surreal, genre-bending, stop-motion animated series? For those smart and dedicated souls who sought out AMC’s “Ultra City Smiths,” “The House” should scratch that very particular itch. Just three episodes long and told as an episodic anthology, Netflix’s in-house original series enlists directors Emma de Swaef and Mark Roels, Niki Lindroth von Bahr, and Paloma Baeza to craft their own stories all set within the same peculiar home — one set in the 1800s, another in the present, and the last in the near future. Each is described as an “eccentric dark comedy,” and based on the first trailer, the curious little creation looks to be exactly that and then some.

Bonus Reason: Based on the episode descriptions provided by Netflix, restoration appears to be a common theme across the first season. In Story No. 1, an impoverished man meets a mysterious benefactor who promises to restore his and his family’s former status. Story No. 2 focuses on an attempted home renovation, and No. 3 sees the house in need of more repairs to survive in a vastly changed landscape. With help from a voice cast including Matthew Goode, Mia Goth, Miranda Richardson, Will Sharpe, and Helena Bonham Carter, there appears to be much more to “The House” than meets the eye. 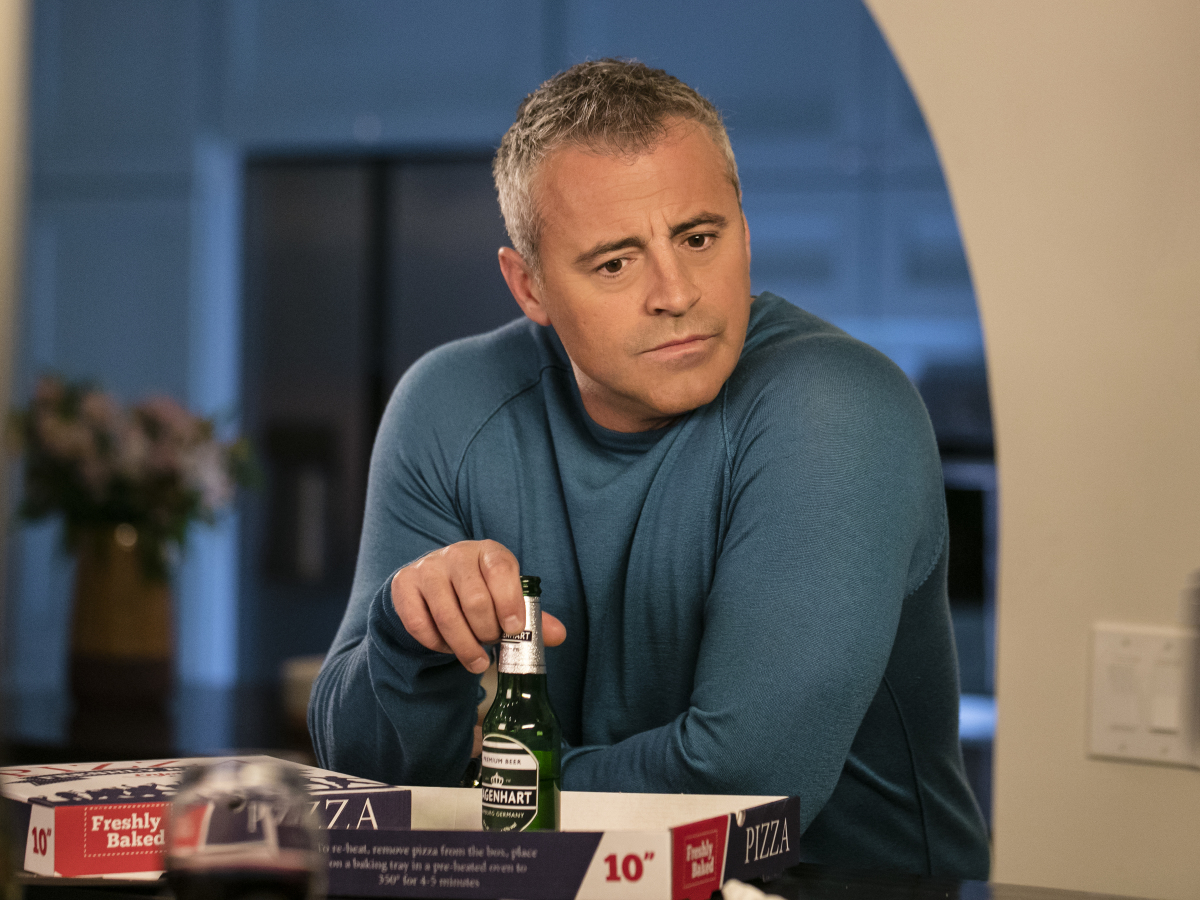 Why Should I Watch? “Friends” is off Netflix. The reunion on HBO Max was a miss. Now Matt LeBlanc’s second-best series (and best performance) is moving to another streamer (Showtime, its original network) — so catch it while you can (or where you can). Created by David Crane and Jeffrey Klarik, “Episodes” sees LeBlanc playing a slightly altered version of himself who’s courted to star in an American adaptation of a hit British series written by Sean (Stephen Mangan) and Beverly (Tamsin Greig), a married couple who aren’t exactly prepared for the wild world of Hollywood. They also aren’t exactly interested in Matt, who’s not right for the lead role on paper, until the executive team starts changing the words around to fit their beloved star. While getting “Lyman’s Boys” — later retitled “Pucks!” — to screen is certainly part of the fun, “Episodes” thrives on the way industry power dynamics ebb, flow, and intermingle with friendships. And LeBlanc is great. Seriously great. Make sure to give it a shot.

Bonus Reason: Guest stars like Chris Diamantopoulos and Andrea Savage leave their mark (as does an excellent cameo by David Schwimmer), but the supporting series regulars carry more than their fair share of weight. John Pankow, as network president Merc Lapidus, is the ideal mix of gross and charming, while Kathleen Rose Perkins, playing programming head Carol, is a recognizable people pleaser with a personality all her own. One of the signs of a strong cast is when typical pairings are shifted, forming new duos (and trios) that prove just as enticing as the original dynamics. “Episodes” is able to do this again and again over its five stellar seasons, which is a testament not only to LeBlanc’s versatility, but the entire team’s. 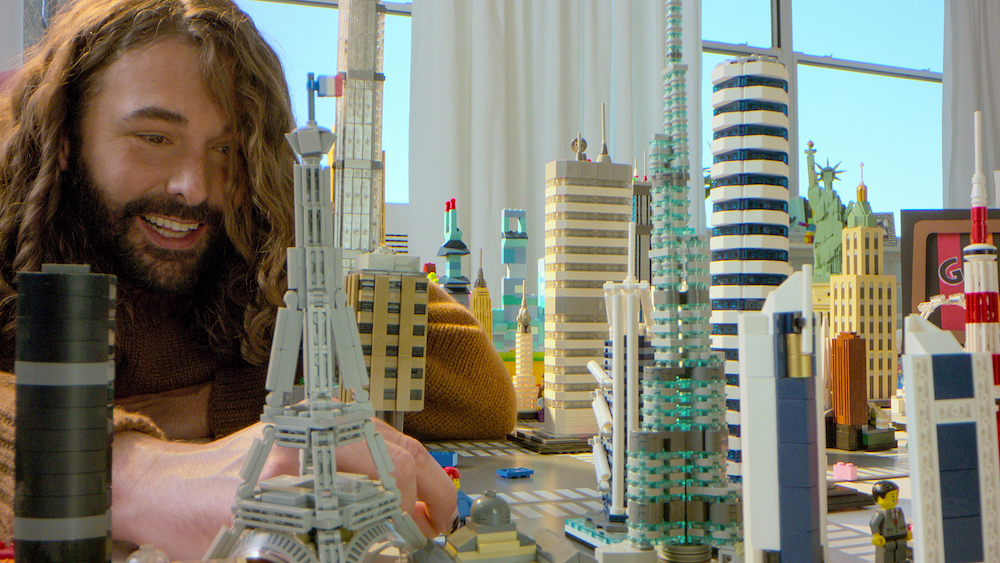 Jonathan Van Ness in “Getting Curious”

Why Should I Watch? From “Queer Eye for the Straight Guy” came “Queer Eye,” from “Queer Eye” came Jonathan Van Ness, from Jonathan Van Ness came the podcast “Getting Curious,” and now from that hit podcast comes Netflix’s next original series of the same name. Love it or hate it, the content-generating streaming giant is indisputably skilled at maximizing the talent its subscribers click on, and “Getting Curious with Jonathan Van Ness” is a natural extension of that driving interest. You like Jonathan? You want more? OK! Let’s put a talk show on TV! Enjoy!

Bonus Reason: Anyone who’s listened to Van Ness’ show should have a general idea of what they’re in for, and perhaps they could make more sense of the following logline than I can: “From skyscrapers to bugs, or from gender identity to snacks, each episode follows Jonathan as he meets with experts in various fields to uncover complexities in a wide range of subjects.” OK, so he’s going to talk to experts about anything and everything that spikes his interest, and… that’s it? I guess there are less intriguing ideas than being able to use Jonathan Van Ness as our personal Google search engine — having his enthusiasm guide us through an increasingly complex world should be far more entertaining than an endless scroll. Let’s do this.

Why Should I Watch? Dueling timelines. Scary cults. VHS footage from the ’90s. “Archive 81” has a very strange title, but the core elements of this supernatural thriller are immediately enticing, especially for horror fans. Loosely inspired by the podcast of the same name, the new series follows archivist Dan Turner (Mamoudou Athie) as he restores a collection of damaged videotapes from 27 years ago. In them, he meets Melody Pendras (Dina Shihabi), a documentarian who investigates a dangerous cult housed in a nearby apartment building. The more Dan watches, the more obsessed he becomes with finding out what really happened to Melody — before a mysterious connection leads him to believe he can still save her. With James Wan (“Insidious”) serving as an executive producer and Rebecca Sonnenshine (“The Boys,” “The Vampire Diaries,” “Outcast”) onboard as showrunner, there’s reason to believe this twisty thriller will pay off on its buzzy potential.

Bonus Reason: Remember VHS tapes? Those things did not hold up that well, and 27 years is a long time to preserve a dying piece of media. The ensuing grain and warping can make for a pretty creepy viewing experience (remember “The Ring”?!), so ol’ Dan better steady himself if he’s going to discover the truth in those tapes. Is that natural decay or something supernatural? Is the footage reliable or too distorted to trust? The unknown is fertile ground for horror, and VHS tapes provide enough unknowns to unsettle viewers — toss in a cult, and things are bound to get wild. Better batten down the hatches and hold on tight.

For more Netflix original series to be excited about, be sure to read our full 2022 TV preview.

The Rest of Incoming TV